Breastfeeding How We Can Better Support Nursing Women

The conversation about the role of women in the workplace has reached fever pitch in recent years. Sheryl Sandberg’s 2013 book and directive Lean In1 reminded women to take a place at the table and perform at their absolute top capacity throughout their careers. Anne-Marie Slaughter’s 2012 article in The Atlantic had already explored “Why Women Still Can’t Have It All,”2 pointing to the impossibility of “Leaning In” gracefully. This conversation in the realm of sociology and business has real, understudied implications for women’s health. Our unique talent as naturopathic doctors is assessing a patient’s health within the context of her community.

There are certain seminal events in a woman’s life that highlight how environments may be altering health. The gradual reduction in the age of menarche served as a wake-up call for xenoestrogen exposure. Similarly, our difficulties as a nation striving to increase breastfeeding rates speak to the persistent devaluation of mothers in society. Breastfeeding is one of those moments when an overachieving woman Leaning In suddenly learns that she really Can’t Have It All. Thus far, we have created a world where forging ahead at work is prioritized over the health of the mother and child, but we can do better.

The health benefits of breastfeeding for both mother and child are well established,3 known to naturopathic doctors and conventional practitioners alike, and encouraged in a growing number of hospitals.4 The Centers for Disease Control and Prevention (CDC) Breastfeeding Report Card for 20145 demonstrates encouraging gains in exposing infants to breast milk. The least successful initiatives, in Kentucky and Mississippi, see over 60% of infants receiving some breast milk, and in California nearly 93% of infants receive some breast milk. Across the country, however, breastfeeding rates are halved at 6 months, and only approximately one-quarter of children who began breastfeeding are continuing to be breastfed at the 1-year time point recommended by the American Academy of Pediatrics3 and the American Academy of Family Physicians.6 The gains seen by efforts to introduce women to breastfeeding are not sustained once women return to their homes, work, and communities.

In spite of the recognition that breastfeeding confers cost benefit to companies and reduces the overall cost of healthcare,7 education about breastfeeding is almost entirely provided to the mother. One survey study quoted a wise participant who requested that the rhetoric shift from “Breast is Best” toward the acknowledgement that breast is normal, suggesting that education be disseminated to the wider community and partners, rather than the mandate continuing to be directed toward mothers only.8 Similarly, it was found that partners – in this example all male fathers – who were responsive to the mothers’ individual needs, and who were recognized by the mother as being responsive to her individuals needs, were more effective at supporting a longer duration of breastfeeding compared to those who were specifically invested in and prepared to help the mother breastfeed for a long time. This reinforces the concept that women, who are supported during breastfeeding in terms of their hunger, discomfort, domestic responsibilities, and general well-being, in addition to their specific challenges with breastfeeding, are better able to develop a successful breastfeeding relationship with their infant.9

Studies dissecting why African American women have the lowest rate of breastfeeding initiation and duration (mean, 6.4 weeks10) reveal what is found in many studies showing health disparities for this community11: access to care and trustworthy advice12 can be hard to find. These interviews revealed that women consider their friends and family to be their primary sources of trusted information.13 This is true for most communities, with all women turning to mothers, sisters, and past experience to guide their process. Although the Surgeon General’s Call to Support Breastfeeding in 201114 included development of instruction for grandmothers and husbands for supporting breastfeeding, relying on support from grandmothers is difficult, as they largely did not breastfeed themselves, thus making them less effective at offering guidance.15 Online sites, while popular sources of health information, do not appear to change ongoing health behaviors, including diet and exercise, although they do increase use of specific screening tools, such as colonoscopy.16 Again, the support is focused on the newest mother and baby dyad, with a highly variable social net in place to encourage long-term success.

Once women resolve themselves to breastfeed beyond maternity leave, the logistics of breastfeeding are formidable obstacles to success. Few day care centers have space designated for moms to nurse on site, and even fewer workplaces provide on-site childcare. Breast milk must therefore be pumped, stored, and given to the baby by a care provider trained to manage breast milk. Successful breastfeeding up to 6 months of age or beyond is highest in countries with policies guaranteeing work breaks17; in the United States, legislation by individual states creates variations in opportunities for success.

Federal law mandates that workplaces must provide a non-bathroom space that will not be interrupted by coworkers or customers for breastfeeding women with children under the age of 1 year, as well as appropriate breaks for her to pump milk. This is anticipated to be 2-3 15-minute breaks during an 8-hour shift. There are no mandates that maternity leave be paid or that breaks for pumping be provided,18 and when women are allowed breaks as part of their job, it might as well be considered the time allocated for pumping. In practice, this means that she must pump and also accomplish bathroom breaks, meals, and any other obligations she would normally tend to during a break. It also removes her from the opportunity to socialize during breaks, and at a time when she is at high risk for postpartum depression. The state laws vary widely,19 and while sometimes suggested, none mandate that a refrigerator be provided; this leaves the woman to provide an insulated container that can maintain the milk at the appropriate temperature. The requirement of a private space for pumping does not apply to any workplace employing less than 50 workers, if they can argue that providing the space would present an undue hardship.20 The acrobatics and expenses of these accommodations, well managed in many larger companies, are utterly damning to navigate for most American women.

Given these insights about the social changes that must happen to make breastfeeding successful for women, what can we do to help? To some extent, we must simply support breastfeeding 1 woman at a time until it does become the normal experience for as many women as are able to breastfeed. The research suggests that the office visit is already well spent, and that letting women know that breastfeeding is appropriate and possible works, especially if the woman has experienced or witnessed breastfeeding in her own family.13 In the absence of a personal role model, lactation consultants can provide psychological and practical support for breastfeeding, and with good demonstrated success,13 but while that support increases initiation rates, the impact of going back to work has not been properly evaluated, though we can assume from the rates on the Breastfeeding Report card that they are affected.

When the milk supply slows down, we have many strategies for supporting struggling women; however, there is simply not enough data examining the influence of various workplace conditions on the hormonal milieu required for successful breastfeeding. It is a well known and oft scrutinized fact that women are lagging in advancement opportunities in the workplace and that working mothers face tremendous pay disparities.21 It is also known that economic factors such as debt can have effects on physical health as well as mental health, though these social and economic factors have not been studied in conjunction with breastfeeding specifically.22

Existing research into breastfeeding focuses on the neonatal period, when most mothers are still home with their infants, and on qualitative evaluations of information sources, motivation, etc. There is some evidence suggesting that the ability to breastfeed indicates normal oxytocin levels and a healthy HPA axis, which in turn supports prolactin levels and a smooth transition to breastfeeding. Women who enter nursing with this healthy HPA axis also seem to experience lower levels of cortisol in response to stress. It appears that when interventions such as the use of synthetic oxytocin or a C-section performed ahead of labor occur, prolactin levels may be altered and cortisol levels may be higher in response to stress, affecting initiation and sustainability of breastfeeding.23 Other studies have examined the role of depression, especially postpartum depression,24 in successful breastfeeding, but these have focused on the neonatal period through 12 weeks rather than on the 6-month time point at which we hope to improve breastfeeding rates. The glue that is needed to create an evolution of the workforce into a space that is not only friendly to women, but actually supports women’s whole health, will include an examination of these physiological phenomena to accurately identify appropriate supports.

What We Can Do Now

Proactively, part of any prenatal or visit with a new family should include any parenting partner, if available. A discussion about the atmosphere in which breastfeeding will occur can help troubleshoot the woman’s possibilities for success. Workplace accommodations should be identified, along with practices associated with them, such as whether breaks are paid, scheduling, availability of temperature-controlled storage, etc. The partner should be educated about how to help mom and baby find quiet, rest, water, food, pain management, and access to a lactation consultant or members of her family or friend group who have breastfed. Research about equipment and support, including insurance coverage for pumps and lactation support, can be determined before birth.

In the wider lens of our responsibility to create a healthy world for breastfeeding moms, those interested in corporate wellness have tremendous opportunities to help set the tone for a positive work environment for breastfeeding workers. Interest in Corporate Wellness programs is expanding, based on their success in improving the health and productivity25,26 of workers and expansions in coverage for these prevention programs under the Affordable Care Act. Research is expanding about the interplay between emotions and leadership styles.27 While this would have obvious applicability for team productivity, it also suggests that leadership that is savvy about the best way to support the physical and mental health of their team could influence the overall health promotion of a work environment.

With the training that naturopathic doctors have in identifying the impact that stressors have on patient health, as well as their extensive knowledge of functional markers for wellness, we can be leaders in turning “lactastrophes”28 into great gains in infant and women’s health in the United States.

Keri Layton, ND, graduated from Mount Holyoke College, then received her degree in Naturopathic Medicine from Bastyr University in 2006. She completed a residency in Integrative Family Medicine at Metametrix Clinical Laboratories in Atlanta, GA. Dr Layton has been in private practice in New England since 2008. She served as the Secretary and President of the RI Association of Naturopathic Physicians and currently lives outside Boston with her husband and 2 kids, where she focuses on helping families find their best health amid the rigors of modern life. Learn more about her and her practice at www.KeriLayton.com. 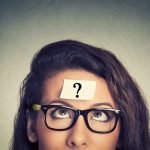 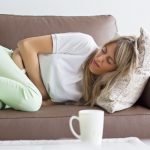