The body of probiotic research continues to expand and diversify, and is accompanied by an expanded understanding of microbiome-host interactions and a broadening array of emerging clinical uses. Evidence now suggests that microbes play a beneficial role in several areas of the body previously considered sterile. Medical dogma is being forced to change significantly as hitherto unrecognized microbe-host interactions are described in the literature. Among the exciting new applications now supported by clinical research is a role for probiotics in managing the common and troubling condition of mastitis. This dovetails neatly with developing concepts of infant immune health, challenging old ideas on the role of microbes in reproduction and health of the mother and infant.1

Exclusive breastfeeding is recommended by the WHO2 for infants, at the very least to the age of 6 months, because breast milk provides all the ingredients necessary for proper infant development and growth. However, breastfeeding now also appears to have important effects on the infant microbiome that can determine later health and disease states.

Unfortunately, during the first weeks of breastfeeding, women often experience a range of problems – including breast and nipple pain, nipple cracks, and mastitis – that can interfere with breastfeeding. Mastitis is an infectious, inflammatory condition of the breast that commonly occurs during lactation. The reported incidence varies from 3% to 33%, and may or may not be accompanied by infection.2 The main etiological agents of breast infection are staphylococci, streptococci, and/or corynebacteria; Staphylococcus is considered the most common, especially in acute cases.3

Acute Staph mastitis is associated with both local and systemic symptoms; however, local symptoms, involving nipple and/or breast pain and breast engorgement, may also occur independently of any fever or other systemic symptoms. These symptoms of “subacute mastitis” occur in about 10% of all breastfeeding women.3,4 Coagulase-negative staphylococci, principally Staphylococcus epidermidis, and other bacteria (eg, streptococci) are the typical culprits in subacute mastitis, but these cases are often misdiagnosed as being of non-infectious origin or caused by Candida species.3

Breast milk is a primary contributor to the development of an infant’s gut microbiota. There is an enteric-breast circulation, which is highest at the end of pregnancy and during breastfeeding. This circulation helps explain the potential for modulation of the breast microbiota via oral probiotic supplements.5 The study of probiotics in human milk is a relatively recent field of research, and the existence of a human milk microbiome has been known and described for just over a decade. In 2003, the first description of a physiologic microbiome in breast milk was described by Martín et al.6 Prior to 2003, breast milk was considered sterile and the presence of bacteria in human milk was attributed to contamination from the infant’s oral cavity or the mother’s skin. However, there is evidence for a non-pathogenic role of other bacteria in breast milk.

For example, pre-colostrum, secreted by some women before delivery, already contains microbiota that characterize human milk. The hypothesis that these organisms are of skin origin is belied by the detection of bacteria and DNA from anaerobic species characteristic of gut microbiota and which would not survive aerobically on the skin; presence of the strict anaerobe, Bifidobacterium, that is common in breast milk, is a salient example. It is also noteworthy that these obligate anaerobic genera in breast milk are also in maternal feces.7

Current research is focusing on bacterial composition of the breast milk microbiome, including the influence of the maternal environment and mode of delivery. Other compelling areas of investigation include the pathways of bacterial transfer to milk ducts, possible benefits of specific bacterial strains in the treatment of maternal mastitis, and disease prevention in children.8

Human mastitis can be characterized as mammary dysbiosis, in which populations of mastitis-inducing pathogens and pathobionts increase at the expense of the normal mammary microbiota.3 Certain lactic acid bacteria, isolated from the breast milk of healthy women, can inhibit pathogenic bacteria via co-aggregation, production of antimicrobial compounds, and competition for binding locations, etc.11,12 Lactobacilli isolated from breast milk also have immunomodulatory properties.13

The clear benefits of breastfeeding highlight the fact that there is a downside to prematurely terminating breastfeeding. But women with mastitis are often faced with a painful dilemma with limited treatment options. Mammary dysbiosis, which can be triggered by a variety of host, microbial, and medical factors, often leads to acute, subacute, or subclinical mastitis. Mastitis is thus frequently responsible for weaning earlier than is optimal for the immune development of the infant as well as for maternal-infant bonding.

Some strains of the gram-positive lactobacilli formerly classified as Lactobacillus fermentum (eg, RC-14) have since been reclassified as Lactobacillus reuteri. Clinical trials have documented the efficacy of oral L fermentum for a variety of conditions, including atopic dermatitis,15 vaginal dysbiosis,16 oxidative stress,17 immunity in endurance athletes,18,19 and ulcerative colitis (in combination with L delbruekii).20 These studies are outside the scope of this paper.

The first was an open-label study with 3 arms, comparing 2 strains of lactobacilli and antibiotics in 352 women with mastitis.21 L fermentum CECT5716 (also known as Hereditum Lc-40) or L salivarius CECT5713) were administered at a dose of 9 billion CFU/day for 21 days (groups A and B). These strains were isolated from milk samples of the women in groups A and B, respectively. A third group (group C) received antibiotic therapy. On Day 0, the mean bacterial counts in milk samples of the 3 groups were similar, and lactobacilli could not be detected. On Day 21, the mean bacterial counts in the probiotic groups were lower than those in the control group. The women taking probiotics showed more improvement and had less recurrence of mastitis compared to the women taking antibiotics. The authors concluded that the probiotics L fermentum CECT5716 or L salivarius CECT5713 represented efficient alternatives to antibiotics for treating infectious mastitis during breastfeeding.21

In the second study – a randomized, double-blind, placebo-controlled clinical trial – researchers in Spain evaluated 3 different doses of L fermentum CECT5716 to assess its ability reduce the load of Staphylococcus in the breast milk of 148 women suffering from painful breastfeeding.22 Three groups received the probiotic for 3 weeks, at doses of 3, 6, or 9 billion CFU/day. A fourth group (controls) received maltodextrin. The primary outcome was Staphylococcus counts in breast milk. Secondary outcomes were bacterial counts of Streptococcus, Lactobacillus, and total bacteria in breast milk, IgA and IL-8 concentrations in breast milk, and scores related to breast pain. After 3 weeks, Staphylococcus counts were significantly reduced in the probiotic groups compared to baseline levels, whereas there was no change in the maltodextrin group. Women in all 3 probiotic groups experienced significant reductions in pain during breastfeeding.22

Clinical efficacy for mastitis was also demonstrated in a study evaluating a combination of L salivarius and L gasseri.23 Twenty women with staphylococcal mastitis were randomly divided into 2 groups. Those in the probiotic group ingested 10 billion CFU/day of Lactobacillus salivarius CECT5713 plus 10 billion CFU of Lactobacillus gasseri CECT5714 for 4 weeks, while those in the control group received placebo. Both probiotic strains were isolated from breast milk. After 1 month, the mean staphylococcal count in the probiotic group (2.96 log10 CFU/mL) was lower than that in the control group (4.79 log10 CFU/mL). By Day 14, women in the probiotic group showed no clinical signs of mastitis. In contrast, mastitis persisted throughout the study in the controls.23

It is now well known that oral administration of lactobacilli and bifidobacteria enhances both innate and adaptive immunity in the host.24-28 Consumption of these bacteria increases IgA, which contributes to the anti-infectious properties of these lactic acid bacteria in combating infectious diarrhea.29,30 The function of natural killer (NK) cells is also improved by consuming some of these probiotic bacteria.25,31 For this reason, they have been proposed as co-adjuvants to improve the efficacy of vaccines.32-34

As previously discussed, breast milk of healthy women imparts commensal lactic acid bacteria to the infant gut.11 Breastfeeding can thus provide significant protection against infections in newborns and infants; evidence of this dates back more than 30 years.35-38 This activity is understood to be mediated by numerous breast milk constituents, including lactoferrin, maternal immunoglobulins, oligosaccharides, lactoperoxidase, and lysozyme.39,40 The potential for lactic acid bacteria (as probiotics) to contribute to this protective effect deserves serious consideration.11

Oral intake of Lactobacillus fermentum (L fermentum Lc40, aka L fermentum CECT5716) has been shown to enhance the effects of influenza vaccination. Olivares et al demonstrated a 12% increase in specific antibodies and 37.5% reduction in the incidence of an influenza-like illness.44 In a randomized, double-blind, placebo-controlled clinical trial (n=50) the immunologic effects of an intramuscular influenza vaccine was assessed in adults. Subjects received either the probiotic (10 billion CFU) or a matching placebo daily for 2 weeks before and after vaccination. Two weeks following vaccination, NK cells had increased in the probiotic group but not in the placebo group. The vaccination stimulated an increase in Th-1 cytokines and in T-helper and T-cytotoxic proportions in both groups; however, some of these increases were significantly higher in the probiotic group. Antibody induction was not observed in the placebo group, whereas a significant increase in antigen-specific IgA was detected in the probiotic group. Incidence of influenza-like illness in the 5 months following vaccination was lower in the active treatment group. The authors concluded that oral administration of L fermentum Lc40 enhances the immunologic response of an influenza vaccine, and protects against subsequent infection by increasing the Th-1 response and virus-neutralizing antibodies.44

Current interventions for mastitis are ineffective at best and carry many disadvantages, including antibiotic resistance, maternal dysbiosis, loss of maternal-infant bonding, stunted infant immune system, maturation, and other effects. Moreover, there is insufficient evidence to even confirm the effectiveness of antibiotic therapy for the treatment of lactational mastitis,45 let alone any of the common interventions – including breastfeeding education, pharmacological treatments and alternative therapies – in affecting the occurrence of mastitis or breastfeeding exclusivity and duration.46 The advent of a safe, effective therapy for both lactational mastitis and infant immune health should therefore be a matter of intense interest among obstetricians, lactation consultants, nurses, midwives, and other allied health professionals who provide primary care for breastfeeding mothers. 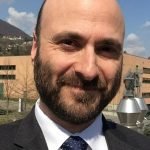 Jeremy Appleton, ND, has been a well-known writer and speaker on topics in natural medicine for nearly 20 years. A graduate of the National College of Naturopathic Medicine (NCNM), Dr Appleton is a licensed naturopathic physician, author, educator, and Vice President of Scientific and Regulatory Affairs for SFI USA, which manufactures dietary supplements under the Klaire Labs brand. 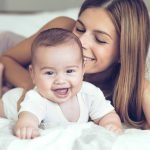 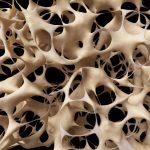 A Case Study in OsteoporosisWomen's Health