Menorrhagia Identifying and Treating Bleeding Disorders in Your Patients

When physicians are adequately trained on the risks and assessment of bleeding disorders, they are more likely to order appropriate testing and assist their patients in assembling a team of hematologists and gynecologists who can help them avoid dangerous clotting and/or bleeding events, as well as unnecessary surgeries.

The first risk factor for bleeding disorders is menorrhagia, which is defined as menstrual bleeding that lasts for 7 days or more, passing blood clots that are at least a quarter in diameter, and changing a pad or tampon at least every 2 hours. More specifically, menorrhagia is defined as 60-80 mL of blood loss per menstrual cycle.2 Each pad or tampon absorbs between 5-10 mL of blood, depending on the brand.

While gathering family history information, there are a couple of red flags to keep a look out for when considering a bleeding or clotting disorder. These red flags include:

Having a relative with an inherited bleeding condition

A woman may present with a menstrual cycle that has a flooding or gushing sensation, chronic anemia since onset of menses, heavy bleeding since menarche, or post-partum hemorrhage that required intervention. If she complains of bleeding gums, epistaxis, or a family history of bleeding symptoms, recurrent miscarriages, or bleeding during pregnancy, consider a referral to a hematologist.

Von Willebrand Disease (vWD) is the most commonly inherited bleeding disorder in American women.1 It is the American College of Obstetrics and Gynecology’s position that every woman with menorrhagia should have vWD worked up as part of a differential diagnosis.1

Von Willebrand Factor (vWF) is an adhesive protein stored in the cytoplasmic organelles in endothelium platelets. vWF is released from these stores in response to a stimulus. Its function is to mediate platelet adhesion to damaged vessel walls, induce platelet aggregation, and serve as a carrier protein for Factor VIII. Individuals with vWD are deficient in vWF, hence require more time to form clots and stop bleeding.

Women with vWD are at high risk for post-partum hemorrhage 5 to 14 days post-partum. This is because vWF naturally falls post-partum. Some other activities that affect vWF and Factor VIII include stress, exercise, hormones, and phase of the menstrual cycle. The use of oral contraceptives can increase vWF and Factor VIII levels. Always obtain lab measurements on a patient before initiating hormone therapy.

A woman with vWD should be advised to avoid non-steroidal anti-inflammatory drugs (NSAIDs) and blood thinners such as warfarin, antiplatelet medications, and herbal or natural blood thinners.

Thrombophilia affects 5-8% of Americans.5 Thrombophilia is caused by a mutation in Factor V and prothrombin genes, a deficiency in protein S, anti-thrombin, or protein C, or by a genetic mutation in the methylenetetrahydrofolate reductase (MTHFR) gene. Thrombophilia is the leading cause of maternal death.6 You may want to include thrombophilia in your differential diagnosis if your female patient has experienced complications from pregnancy, complications from OCPs or hormone replacement therapy, and/or any clotting events such as a deep vein thrombosis (DVT) or pulmonary embolism (PE). An estimated 50-70% of DVT and PE events happen in patients with an underlying thrombophilia.7 Thrombophilia has been associated with infertility and pre-natal complications. Thrombophilia should be ruled out if a patient has had recurrent miscarriages, severe preeclampsia, fetal growth restriction, fetal stroke, fetal infarcts, fetal thrombosis, or placental abruption. The main treatments for thrombophilia are heparin/warfarin and folate.

Laboratory Tests to Rule Out Bleeding or Clotting Disorders

A Menorrhagia Profile can include the following lab tests:

A Thrombotic Profile can include the following lab tests:

There are also well known herbal fibrinolytics, which may be helpful in thrombophilic diseases but should be avoided in bleeding disorders such as vWD. These include Curcuma longa (turmeric), Zingiber officinale (ginger), Ginkgo biloba, Panax notoginseng, Salvia miltiorrhiza (Danshen), Crocus sativus (saffron), and Vinca minor (periwinkle).

An herb that may be helpful for both stopping bleeding and promoting blood flow is Panax notoginseng. Studies have shown the herb to inhibit platelet aggregation and thrombosis while simultaneously stopping bleeding.8

The Critical Role of  Primary Care

As primary care physicians, we play a critical role in properly identifying women with bleeding and clotting disorders. The patients I have worked with in my office have undergone intense iron therapy, surgeries, strokes, DVTs, and consulted several specialists before anyone ever considered a hematological disorder as part of the work-up. By identifying women in your practice who are at risk for these life-threatening complications, you could be saving lives. It is time to help hematological conditions become less of a zebra diagnosis and more of a real contender for differential diagnosis, work up, and treatment. 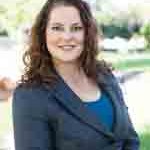 Heather Paulson, ND, FABNO, focuses on helping people diagnosed with cancer and hematological disorders reconnect with their natural state of wellness. Dr Paulson is a Fellow of the American Board of Naturopathic Oncology, denoting this specialized training and focus in her practice. She teaches oncology and hematology at Southwest College of Naturopathic Medicine and also maintains a private practice at The Paulson Center in Tempe, AZ. 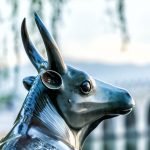 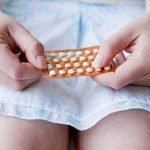