The Missing Link for Cure: EFT as an Approach for Broaching the Physical-Emotional Gap

As NDs, we believe in treating the whole person. Why is it that so many treatment plans rarely get around to addressing the mind/body connection? Perhaps at the root of the answer to this question lies the doubt or disbelief that this approach will give the results that we or the patient would like to see.

This article presents several cases, with the goal of encouraging NDs to reopen their belief in the power that mind/body medicine has in the health and well-being of each individual. The challenge will be for physicians to release their fears or hesitations about addressing mind/body work and begin studying how to use this connection to enhance the results seen in their patients. We have found working with the mind/body connection to be deeply profound for our patients as well as ourselves, and want to pass on that inspiration.

To be prepared to treat the whole person, we must be able to address the mind/body connection. Every patient who walks through the door will require somewhat of a different approach, but it is important to be prepared and have a well-rounded toolbox. We must have at least one tool for dealing with mind/body issues, and just like with every supplement available, some tools work better than others and some work well only in the right hands. Your job is to find the right tool that works for you and your patient or, at the very least, to send the patient to someone skilled in addressing this connection.

We use a combination of mind/body therapies at our clinic. One of the main therapies we use that is quick and effective is Emotional Freedom Technique (EFT). We use EFT to quickly clear negative charges inhibiting a person’s health and performance. It engages the mind/emotions/feelings while also engaging the physical body through tapping on certain acupuncture meridians. It can be a great way to remove the paralyzing charges of fear, anxiety, sadness, hopelessness, hurt, pain, anger and much more. It is a powerful tool we can easily incorporate into our treatment plans to address mind/body issues. To get a fuller understanding of EFT and how to use it, visit www.emofree.com or contact our office.

A 45-year-old male, 306 pounds of muscle, 6-foot 3-inches tall, presented with psoriatic lesions covering both elbows (6x3in), severely cracked scaly palms and multiple lesions on legs and feet. The patient was in town visiting his sister, who had dragged him to this appointment. He had tried multiple drug therapies, all to no avail. He was on disability from an injured back, and had been a commercial fisherman for the last 20 years. Probing of his social history revealed years of family turmoil. His comments later in the visit painted a hopeless picture of just trudging forward.

Two days later, there was no change in sx. The patient mentioned suffering from a lot of stress around his relationship with his wife. I gently asked him to tell me more, and sympathized with his story. While telling his story, there were visible signs of anger: flushing face, bulging jugulars and temporal veins. I mentioned noticing that these events seemed to carry a strong charge and that this charge could be causing him health problems, or at least could be hampering his healing. The TCM connection of anger and liver seemed to be a plausible factor in exacerbating the psoriasis, so I asked if we could try EFT to reduce the anger he was momentarily experiencing.

Note that at his size and with a somber and hardened demeanor, it might have been intimidating to bring up anger and emotional issues. However, after one round of EFT, the anger about his relationship was gone, and anger about some earlier events in life surfaced. This process of clearing one event and moving to the next happened three more times, until all the anger was gone, and he was left with sadness and hurt. We followed the same process until those charges seemed resolved at the moment. There were other areas in his life where the feelings of hurt and sadness needed releasing, but for the issue around his relationship, he felt very positive. We ran out of time and ended the visit.

Two days later, the patient’s sister called and notified us that the patient’s hands had completely healed overnight. There were no more gapping cracks on his palms, the lesions on his elbows had shrunk to 2x1inch, and the scaly skin was gone, leaving red discoloration.

In July 2006, a 43-year-old female presented with interstitial cystitis and vulvar vestibulitis, which had begun with a series of recurring UTIs. She had been prescribed antibiotics, including ciprofloxacin, clarithromycin and nitrofurantoin. She had constant pelvic pain, with burning vulvar tissues. She reported that if the pain continued to the same degree, she would have to quit her job. Social history revealed that she was stressed, and there was lingering anxiety after a car accident with a drunk driver, which was settled unsatisfactorily out of court.

During this time, the patient reported a significant improvement of pelvic pain. It now occurred around time of menses, as opposed to all month long. She still had frequent burning of her vulvar tissues.

In October 2006, we did some EFT tapping regarding lingering rage over the car accident. She felt a relief after a few rounds of tapping. She released feelings of anger at herself, the judge and the injustice of it all. We continued with weekly doses of Causticum 30C.

In November 2006, the patient reported an overall improvement of 85%-90% in bladder pain and vulvar irritation. She reported the vulvar tissues pain-free since the EFT session. We continued with EFT on releasing anger at herself and feelings of hurt regarding her family dynamics.

In February 2007, the patient reported a continual improvement of her pelvic pain. The theme with EFT continues to be related to releasing anger at herself. She reports that she has not had to use Kolorex cream for her vulvar irritation since the EFT session in October. Treatment is continuing.

In 2004, a 59-year-old female presented with recurring bacterial UTIs. She was averaging four infections per year for two years that responded to cranberry capsules, hydrastis capsules and lots of fluids. She began to notice that the UTI would recur after a confrontation with her sister-in-law. There were great feelings of anger and indignation with these confrontations.

Tx: Staphysagria 1M. We spent two sessions tapping on releasing anger and the hurt of feeling stepped on. She has not had a UTI in two years since last checking in. 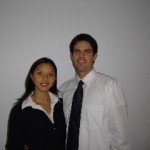 John Pidutti, ND graduated from Bastyr University, and received his bachelors degree in psychology from ORU. He is co-founder of Springs Eternal Natural Health Clinic in Vancouver, BC, where his practice specializes in helping patients discover and clear mind/body roots of disease.

Nari Pidutti, ND received her masters degree in acu-puncture and her doctorate of naturopathic medicine at Bastyr University, and her bachelors degree from McGill University. Her practice focuses mainly on women’s health, pediatrics, infertility and mind/body medicine at Springs Eternal Natural Health Clinic. 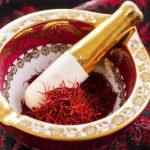 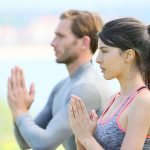 Intention in the Practice of MeditationAnxiety/Depression/Mental Health, Mind/Body