A lot of things get handed down from generation to generation. Some items, like antiques, are typically well received and cherished. Unfortunately, we are not always able to choose what gets handed down. Our genetic code is also passed along from generation to generation, both the good and the bad. Clinicians have a unique viewpoint that allows them to notice familial traits oftentimes overlooked by the casual acquaintance. We are trained to detect specific disease trends like hypertension, diabetes, and cancers, that often run in families. There is now more awareness about familial tendencies for mental illness, including the most common psychological disorder, anxiety. Our understanding of inherited susceptibilities is still in its infancy, but there are a handful of markers for single-nucleotide polymorphisms (SNPs) at your disposal to help screen and manage anxiety more effectively.

Anxiety is the number one psychological disorder in the United States.1 It is expressed differently between genders and is greatly impacted by familial tendencies. Researchers have found a 3-5-fold increased incidence among first-degree relatives affected with an anxiety disorder.2

The results of a 20-year study published in January, 2005, in the journal Archives of General Psychiatry,3 revealed that the association of major depressive disorder (MDD) in parents and their children is moderated by the grandparents’ MDD status. This was also the case for anxiety in the children:

Not all mental disorders can be blamed on biological causes, since this would remove all environmental cofactors from the equation. But there are some findings that show that patients’ genetic makeup can play a vital role in determining whether they develop anxiety, as well as the type and level of anxiety they develop. There are several SNPs that show clinical promise and should be considered when screening for biological causes of anxiety.

Gamma-aminobutyric acid (GABA) is the major inhibitory neurotransmitter in the brain. First-line treatment of anxiety disorders include benzodiazepines, whose anxiolytic effect is caused by their selective action on GABA-A receptors in the brain, increasing GABA receptor responsiveness. The glutamic acid decarboxylase (GAD) enzyme synthesizes GABA from glutamate. Genetic variations in this genes that encode for GAD have been associated with increased risk of panic attacks in women 4 and schizophrenia,5 and are suggested to play a role in anxiety/panic disorders.6

A study published in the August, 2006, issue of Molecular Psychiatry sampled 9270 adults from the population-based Virginia Adult Twin Study of Psychiatric and Substance Use Disorders.7 It concluded that, “variations in the GAD1 gene may contribute to individual differences in [neuroticism] and predispose people across a range of anxiety disorders and major depression.”

The COMT gene provides instructions for making an enzyme called catechol-O-methyltransferase, which is involved in phase II (conjugative) metabolism of the catecholamine neurotransmitters (dopamine, epinephrine, and norepinephrine), catechol estrogens, and catechol flavonoids.8 COMT influences levels of neurotransmitters in the prefrontal cortex of the brain, personality, inhibition of behaviors, abstract thinking, and emotion.9 The COMT Val158Met polymorphism has been shown to be associated with phobic anxiety,10 neuroticism,11 and panic disorder.12

5-HTTLPR codes for the serotonin transporter (SERT). This is an important membrane protein that transports the neurotransmitter, serotonin, from the neural synaptic gap into a presynaptic neuron. Serotonin reuptake inhibitors (SSRIs) act predominately by targeting SERT.13 It has been reported that a 5-HTTLPR polymorphism may account for 4-5% of population variation of anxiety-related traits.14 Carriers of the “s,” or short allele, is associated with greater activity in the amygdala in the brain, responsible for anxiety, fear, and the panic response.15,16 Furthermore, a 2004 meta-analysis of 26 studies and 5629 subjects found evidence for an association between the 5-HTTLPR short allele and increased anxiety-related personality scores. The investigators stated, “We conclude that there is a strong association between the serotonin transporter promoter variant and neuroticism as measured in the NEO personality inventory.”17

Although naturopathic doctors are not typically considered genetic specialists, our profession has been quietly pioneering the expansion of genetic screening in a general practice setting. Our drive to offer more personalized healthcare has elevated a number of SNPs to first or second-line laboratory testing, eg, celiac disease screening (HLA-DQ2 and HLA-DQ8), cytochrome P450 testing, and methylenetetrahydrofolate reductase (5-MTHFR). With the prevalence of anxiety disorders being so high, GAD1, COMT, and 5-HTTLPR offer further opportunities to address root causes in our patients and create more personalized treatment protocols. 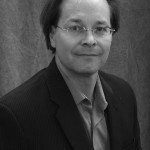 Bradley Bush, ND received his ND degree from National College of Naturopathic Medicine in 2000. He is a co-author of the ND: Notes Science Board Review, and founder and past organizer of the annual Pharmaceutical Perspectives conference. Dr Bush currently sits on the board of the Naturopathic Education and Research Consortium (NERC). 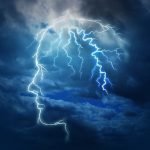 Connecting the Cell & the Self: A Mind-Body Approach to Anxiety & DepressionAnxiety/Depression/Mental Health, Mind/Body 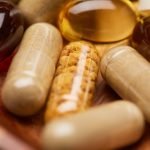