Generalized anxiety disorder (GAD) is a common illness that can disrupt quality of life and impact overall sustainable wellness. Anxiety in patients presents as a mood disorder or can present with physical symptoms only. Because of its diverse and individualized symptom profile, it can be difficult to diagnose and treat. An integrative approach that employs scientifically validated nutrients and herbs provides naturopathic doctors with safe and efficacious options to consider for this patient population.

The integrative protocol for GAD is a multi-pronged approach designed to address underlying causal factors. Given the high safety profile and scientific efficacy of this approach, these therapeutic options should be considered as viable first-line treatments in many cases of mild to moderate GAD. With a focus on correcting neurotransmitter imbalance in the limbic system, as well as hypothalamic-pituitary-adrenal (HPA) axis dysfunction, clinicians can choose from several scientifically supported nutrients and herbs to modulate these pathways and change the course of this disorder.

Incidence and Causes of GAD

The National Institute of Mental Health describes generalized anxiety as a chronic pattern of constant worry and fear.1 It is a state of mind characterized by apprehension and concern without actual threat being present. Kessler et al reported in 2010 that anxiety disorders, in general, affect the US population at a rate of between 13.6% and 28.8%.2 The Centers for Disease Control and Prevention (CDC) reports that anxiety disorders, including GAD, are among the most common mental health issues faced by today’s general population.3

When an individual has 3 or more symptoms consistent with anxiety for a period of 6 consecutive months on an almost daily basis, he or she is diagnosed with GAD.3 Symptoms are generally a combination of mental/emotional and somatic. Mental/emotional symptoms may include: fear, decreased libido, irritability, difficulty concentrating, and restlessness. Somatic symptoms may include: arrhythmia, dyspnea, diaphoresis, tremor, polyuria, hyperphagia, diarrhea, heightened pain sensitivity, and vertigo. Identifying somatic symptoms related to anxiety can be a key factor in accurate diagnosis. Several studies have shown that patients with GAD in primary care present with somatic symptoms only, and may not be aware of their anxiety issues.4,5

There are several dietary and lifestyle factors that can influence the initiation and progression of anxiety and can exacerbate symptoms. These include:

Comprehensive integrative management of GAD will require exploring these potential causative factors; a comprehensive history will help capture their presence. Determination and management of these contributory factors can, in some cases, alleviate anxiety entirely. However, in patients whose anxiety persists despite effective resolution of these causal issues, it will be most helpful to ascertain underlying neurochemical imbalances. Neurotransmitter imbalances in the limbic system and hormonal imbalance of the HPA axis are the primary contributors to anxiety. These 2 pathways intersect in a significant manner which allows the practitioner a logical treatment target.

The amygdala, a key component of the limbic system, is activated by fear. This activation causes increased levels of serotonin and sympathetic nervous activity, with resultant increases in norepinephrine and serotonin. In a feed-forward loop, elevations of these neurotransmitters further activate the amygdala and contribute to feelings of anxiety. This situation is aggravated in the context of dopamine deficiency, which exerts a counter-regulatory effect on serotonin. On the other hand, oxytocin quiets amygdalar activation, and reduced oxytocin has been linked to a worsening of anxiety issues.6 A therapeutic goal with GAD is, therefore, to increase oxytocin.7

Oxytocin is decreased under the influence of elevated corticotrophin-releasing hormone (CRH). In turn, hyperactivity of the amygdala potentiates hypothalamic release of CRH. Elevated CRH, itself, is highly implicated in anxiety.8 When both CRH and serotonin are high, the HPA axis’ dynamic responsiveness to stress is restrained. Chronically, this restraint leads to unchanging cortisol, which results in decreased sensitivity of the pituitary and hypothalamus to negative feedback from cortisol. This, in turn, leads to sustained elevation of CRH and aggravation of anxiety.

Conventional medicine exploits these pathways to impact this condition. For example, selective serotonin-reuptake inhibitors (SSRIs) reduce amygdala hyper-reactivity to fear-eliciting stimuli. However, for some individuals, SSRI medications are ineffective and, in fact, aggravate anxiety. Benzodiazepines, the most commonly prescribed class of anxiolytic drugs, bind to and stimulate GABA receptors. GABA activation decreases serotonin and  norepinephrine activity. Typically, over time, this will also lower CRH release. While effective, the brain habituates to benzodiazepines over time and they can lose their effectiveness. In addition, side effects can include fatigue, confusion, depression, dizziness, memory deficits, and blurred vision. Withdrawal from benzodiazepines is difficult, as these medications are habituating. Withdrawal can cause acute anxiety and may lead to seizures.9 Therefore, additional or alternative nutrients and herbs that can impact the underlying pathophysiology of anxiety are important tools for the naturopathic doctor.

While these neurotransmitter and HPA axis abnormalities can often be extrapolated from a thorough history, objective assessment can prove to be helpful. Various testing methodologies are available. One way to assess neurotransmitter status is with a urinary organic acids test. The presence of metabolites of various biochemical and synthesis pathways will point to an excess or deficiency in key central nervous system (CNS) neurotransmitters. Urinary neurotransmitter testing is also available, although some research calls into question the accuracy of this method to assess CNS levels. Notwithstanding, many clinicians report excellent results with urinary neurotransmitter testing. Testing catecholamine concentrations in platelets is considered by many to be most reliable testing methodology (short of cerebral spinal fluid testing).10 A 4-point cortisol salivary test for adrenal assessment will provide a view of the HPA axis and cortisol levels, from which CRH levels can be inferred. A CRH stimulation test is typically reserved to assess for Cushing’s disease and is not recommended in this context.

Among the most influential natural treatments for GAD are amino acids and botanicals that reduce elevations of serotonin, norepinephrine and CRH, while increasing oxytocin. GABA, glycine, magnesium, glutathione, and N-acetylcysteine (NAC) are nutrients that inhibit excitatory neurotransmitters. Ensuring proper amounts of amino acid levels is critical, especially arginine and lysine. Smriga et al demonstrated in a double-blind, randomized, clinical trial that lysine and arginine supplementation reduced anxiety in both men and women compared to placebo.11

Specific vitamins and minerals have been shown to reduce anxiety. A double-blind, randomized, controlled trial by Carroll et al found that men who took a multivitamin and mineral formula had significant reductions in anxiety compared to placebo.15 In their double-blind, randomized, controlled crossover trial, Souza et al showed that magnesium plus vitamin B6 reduced premenstrual anxiety and GAD in women.16

The anxiolytic effects of the volatile oil of lavender (Lavender angustifolia) have been the subject of many randomized clinical trials. Perry et al reviewed 15 randomized clinical trials and concluded that oral lavender supplements may have a therapeutic effect.20 In a well-designed, randomized clinical trial, Woelk et al compared oral lavender to lorazepam for the treatment of GAD and found that 40% of the lavender group went into remission compared to 27% of the lorazepam group.21 When compared to placebo, Kasper et al found that lavender oil significantly decreased anxiety, and was associated with a superior percentage of responders (76.9 vs 49.1%), and remitters (60.6 vs 42.6%).22 Uehleke et al reported similar results using lavender oil for restlessness caused by sub-threshold anxiety in adults with chronic fatigue, post-traumatic stress disorder, or somatization disorder.23

Adaptogenic herbs are important in the naturopathic approach to anxiety. Ashwagandha (Withania somnifera) is an adaptogenic herb that has been shown to increase dopamine receptors in the brain while reducing the anxiety-producing effects of norepinephrine. Several studies have shown that ashwagandha has anxiolytic effects.24 Two of the active constituents of magnolia (Magnolia officinalis), honokiol and magnolol, enhance neutrotransmitter activity and reduce anxiety. Preliminary animal data showed honokiol to compare favorably to benzodiazepines, and without the side effects.25 Kalman et al demonstrated reduced anxiety in postmenopausal women with above average anxiety scores who took a combination of standardized honokiol and berberine.26 Compared to placebo, the treatment group reported a significant reduction in perceived anxiety.Other botanicals to consider include: Piper methysticum (kava), Hypericum perforatum (St John’s wort), Passiflora incarnata (passionflower), Scutellaria lateriflora (skullcap), and Actaea racemosa (black cohosh). Each of these herbs has been studied in the context of clinical trials with demonstrated anxiolytic effects.

Anxiety is typically the manifestation of increased serotonin and/or norepinephrine and decreased dopamine and/or oxytocin, along with prolonged activation of the HPA axis with elevated CRH. In addition to addressing underlying causal factors, therapeutic interventions to address these neurotransmitter and hormonal imbalances will result in the most successful outcomes. Working in concert with appropriate diet and lifestyle changes, certain nutrients and herbs can assist with symptom management and help to address the key neurochemical pathways that contribute to and exacerbate generalized anxiety. Nutrients and herbs, a mainstay of naturopathic practice, have a significant place in the management of generalized anxiety disorder. 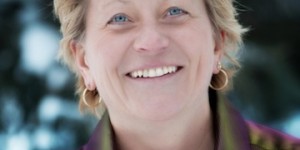 Lise Alschuler, ND, FABNO graduated from Bastyr University in 1994. She is past-president of the American Association of Naturopathic Physicians and a founding and current board member of the Oncology Association of Naturopathic Physicians. Dr Alschuler works as an independent consultant in the area of practitioner and consumer health education. She has co-authored several books on the topic of integrative cancer prevention and treatment, co-hosts the Five To Thrive Live! radio show, and practices naturopathic oncology at Naturopathic Specialists in Scottsdale, AZ. 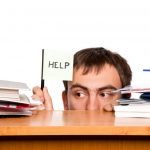 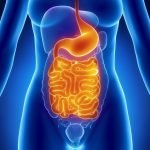