According to the Sexual Function Health Council of the American Foundation for Urologic Disease, 30 million men in the United States are estimated to have some form of erectile dysfunction. Erectile dysfunction (ED) is defined as the inability to obtain or maintain penile erection sufficient for satisfactory sexual performance, lasting at least three months. The definition of erectile dysfunction distinguishes itself from other disorders such as inability to achieve orgasm, low libido, and premature ejaculation. ED has a significant impact on the quality of life and is a common problem. Its prevalence is directly proportional to aging and varies from 30% to 40% at age 40, to up to 70% at 70 years and older (Lue, 1995). One must comprehend the intricate mechanisms of erection in order to understand the underlying cause of dysfunction. Normal aging, as well as psychogenic, vascular, neurogenic, and endocrinologic causes, or those due to structural abnormalities of the penis, should be considered when attempting to determine its cause. Low libido has either a psychogenic or an endocrinologic component.

NO activates guanyl cyclase, thereby generating cyclic guanosine monophosphate (cGMP). cGMP decreases calcium uptake into vascular and cavernosal smooth muscle and induces relaxation. Smooth muscle relaxation permits engorgement of cavernosal sinusoids with blood and the development of an erection. In addition to NO, other neurotransmitters postulated to play a role in the erectile mechanism include prostaglandins, vasoactive intestinal peptide, serotonin, and dopamine (Cohan, 2001).

Ejaculation is reflex sympathetic discharge from the nerves of the penis to the seminal pathway, the muscle coats of the epididymis, ductus deferens, the seminal vesicles, and the prostate gland, causing the release of sperm and seminal fluid.

Any derangement in this sequence of neurovascular events can result in ED. For example, compromise of neural pathways either centrally (stroke) or peripherally (diabetic autonomic neuropathy) may lead to ED. Alternatively, venoocclusive failure may occur from intrapenile lesions (Peyronie’s disease) (Cohan, 2001).

Libido is the conscious feeling of the sexual urge, mediated by dopamine and sex hormones, which originates in the cerebral cortex. In the event of aroused libido, the brain center sends impulses to the spinal center, which in turn passes them to the nerves of the penis.

Recent findings suggest that ED has an organic cause 75% of the time. This finding contrasts with the previous view that more than three quarters of erectile dysfunction is of psychogenic origin. Organic causes include vascular disease, neurotransmitter imbalances, neurologic disease, hypogonadism, drug use, structural problems (e.g., Peyronie’s disease), and systemic diseases such as chronic renal failure and cancer.

Prescription drugs, narcotics, and alcohol are common causes and should always be ruled out first before referral to a urologist.

Evaluation and treatment: (in chronological order)

Summary: Although ED increases with age there is usually some reason why. Your patients may have been told that it’s “all part of aging” and that Viagra is their only option. They will appreciate a thorough workup as I have described. Patients on antidepressants respond well to the neurotransmitter therapy, maca, and yohimbe. Patients on cardiac drugs or antihypertensives should generally not be given yohimbe but may respond to maca, arginine, or TAAT. Patients wishing to discontinue tranquilizers and antidepressants must be tapered off slowly and supported with TAAT. Libido problems only (with no ED) respond well to testosterone and TAAT. If all else fails, try Viagra.

Stephen W. Parcell, ND, is a licensed naturopathic physician and graduate of Bastyr University, with additional training at the American Academy for the Advancement of Medicine and the American Academy of Environmental Medicine. Dr. Parcell is certified in chelation therapy and, after completing the Autism Research Institute’s physician training program, a certified Defeat Autism Now (DAN) practitioner. He is past vice president of the Colorado Association of Naturopathic Physicians. Dr. Parcell currently works at NatureMed, LLC, a naturopathic medical clinic in Boulder. He can be reached at 303-884-7557. 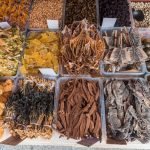 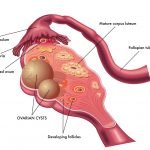 PCOS: A Leading Cause of InfertilityFertility, Women's Health