Lost in the Woods: How to Engage Male Patients

The question “How can I help you today?” is often answered with, “I don’t know; my wife made the appointment.” This is a common response within the medical community when a man is establishing care. It’s so common, in fact, that studies are done on why that is. Many assumptions are based on sexual health or testosterone and elaborated on in many articles.

The challenge I want to focus on in this article is how to engage men once they are in your office.

A 52-year-old male recently came into my office for his first visit, and his wife came in with him. He was a military veteran with combat time and no real complaints, according to his intake paperwork. Initial introductions were made, and as we went through the review of systems, there were still no apparent complaints. He made mention of some occasional aches and pains when he was physically active, but there was still nothing much to go on. My next step would normally be the physical exam.

At this point, all I knew about him was that he was married, he had a few children, and he had served in the military. This is where the engagement comes in. My own personal experience, which he did not know about, is that I had enlisted in the US Marine Corps and had a medical discharge from basic training. I am also married and have 8 children. Drawing on life experiences that my patient could relate to, I began asking a few more specific questions about where he did his training, and then intertwined my experience with his. This allowed him to begin having a conversation that provided details on some old injuries that partly explained why he still had physical pain.

As we progressed through the visit, he discussed his views on the current state of world affairs and his concerns around how that might affect his children. Again, I could relate, and added my own experience with my children. I finished his physical exam, which was quite unremarkable, and sat down to chart my findings. We still had a little time left, and that is when he told me, “Since we are here, I have some concerns around erectile dysfunction.” It took him about 40 minutes of feeling out the situation with me to open up about that concern. Upon further questioning, he still denied any urinary challenges, and his prostate exam was normal.

It turned out that his job had led to such a high stress level that, even after leaving the military it had continued to negatively impact his life. He had experienced performance anxiety a few years prior, which had continued to be a cyclical problem. He also talked briefly about his faith in God.

I chose not to run testosterone in his case, as his muscle tone and workouts were not a challenge and he felt great in those respects. We are working to alleviate his concerns around ED, and it is improving with the daily use of constitutional hydrotherapy at home, some minor dietary changes, and the addition of yohimbe, 5 drops twice daily. During our conversation about God, the piece that stuck for him was when I told him that if we go to God and say, “I trust you,” but still hold on to our concerns, we really aren’t trusting. The concept of letting go is what he is reporting is spot on for him and helping him the most.

Now, that was a fairly simple and straightforward case in which my own unique circumstances enabled me to connect with the patient. What about when that does not happen? How do we engage the patient to get to the underlying concern?

I once had a patient who was significantly older than me. His son, who was in the medical field, had referred his dad to me. The issue was uncontrollable diarrhea, which had been continuing for several months. His history was unremarkable, and he denied any sudden changes before the diarrhea began: He had not traveled outside of the country, he had no military experience, he had no new animals, and he reported no changes in diet. He hadn’t moved, had no recent environmental exposures through his construction work, and he’d suffered no recent illness. I asked him about his wife, and he reported that he loved her, but didn’t expand on that before moving on. He was not on any medications, and had not made any changes in the vitamins he was taking. He had already completed a stool test, and the results were negative.

I tried to think of a point of connection that might help him open up a bit more, but I struggled. I could relate to being a father, but his children were as old or older than I was, so I wasn’t confident. I took a deep breath, and before I started my physical exam I noticed his jewelry: He was wearing a cross. As I began my exam, I grabbed my blood pressure cuff and stethoscope, as always, and asked him if he had a particular religious belief or spiritual practice. He said he was Christian but was struggling a bit.

This was the clue I needed, so I slowed down. Instead of standing up to begin the exam, I set the cuff down and asked him what he meant. At this point, we were about 25-30 minutes into the visit. He reported that his wife had passed away recently. I asked him how long ago, and he replied that she passed 3-4 weeks before the diarrhea began. He had never considered that his wife’s passing had possibly contributed to or caused this problem. No one else had explored this as a possibility with him.

I then proceeded with my physical exam. His BP was normal at 118/74 mm Hg, and the rest of the exam was unremarkable, including the abdomen. I sat down to chart my findings, and as I did so, I knew I had to ask him about his wife.

I started by asking him how long they had been married. As he talked about her, I noticed that he lacked emotion. Thinking it might help, I gave him a dose of Ignatia 200C. I then asked him another question about his wife, and he suddenly began to cry intensely. I did not interrupt him; I simply allowed him the space that he had not given himself. After some time had passed (15 minutes or so), he stopped and reported feeling better. I asked him to create a food diary over the next week, just to be sure there wasn’t something else I was missing. I also asked him to do hydrotherapy at home to address the stress he was holding onto. He was to call back the next week.

The following week he called the office to report that his symptoms were 100% gone and that he had cried several more times. I asked him to check back in with the office in 3 weeks, just to be sure nothing had changed. When he did, he reported still doing well.

As doctors, we often feel that we need to “do something” to help the patient. The patient often wants something tangible from us, so we prescribe a tincture or a supplement. We offer our opinion and diagnosis. We give our treatment plan, and then follow up as appropriate to be certain the patient is getting better.

These 2 simple cases illustrate a point. Many men feel “lost in the woods” because they either do not know how to talk about the concerns they have or do not recognize the ones they do. Connecting with men is often described as difficult. What can appear as superficiality, in terms of concerns or reporting, is often instead a lack of trust. What if we do not have to do as much intervening as we think? What if we can simply find a point of connection and give more space? I often tell students that the patient will often give you the solution if we just listen. These 2 men, like many others out there, were experiencing a spiritual strain in themselves. I simply gave them the space to let go, and they found their way out of the woods.

Jason Kinley, ND, VNMI is a licensed naturopathic primary-care physician who graduated from Bastyr University in Kenmore, WA. He currently holds the Vitalist Credential from the Naturopathic Medicine Institute. Dr Kinley sees all ages of patients at his thriving practice, Mountain View Vital Medicine, in Spokane, WA. In addition to his private practice, he is a member of the Spokane Regional Board of Health. He and his wife have 8 children, whom they are raising to be critical thinkers in all aspects of life. 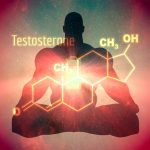 Testosterone Replacement in Men: Current State of the ArtFertility 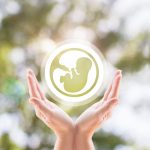