Cannabis & the ECS: How Cannabinoids are Changing Health Care

Pain is a challenging clinical syndrome that naturopathic physicians are well equipped to address. Society is realizing the shortcomings of conventional medicine’s pharmacologic methods to address a variety of problems. Unfortunately, conventional medicine is not conquering these ailments but is creating new ones. Well-intentioned physicians attempting to manage patient care utilize the very dangerous and addictive pain-suppressing opioids that cause massive overdose deaths and addictions annually. One therapy that naturopathic doctors are increasingly turning to is medical Cannabis. Cannabis sativa and Cannabis indica have been used medicinally for thousands of years. Despite a century of regulatory and legal suppression and a cultural-dogma view of cannabis as a “recreational drug,” the seriousness and utility of Cannabis spp as a botanical medicine is just now being realized by the medical community at large.

As legislators look to reclassify Cannabis from a Schedule I to III drug, and as widespread acceptance of this plant becomes apparent, more research is possible. As the benefits of this amazing botanical get published, naturopathic doctors need to understand the profound underlying synergistic physiologic basis of its combined constituents: cannabinoids, terpenes, and flavonoids. In order to responsibly address society’s pain problem using Cannabis, we need to examine the endocannabinoid system, discovered, along with the phytocannabinoids of Cannabis, by Dr Raphael Mechoulam.1 This article is a basic explanation of this complex and adaptive intrinsic regulatory system of the body, as well as a discussion of some of the medical applications of Cannabis.

The endocannabinoid system (ECS) is a self-monitoring and self-regulating system encompassing essential fatty acid (EFA) utilization and metabolism within immunity, inflammation, hormone balance, and neurotransmission affecting motor function and pain sensation.2 The ECS connects functional systems within the body, including motor control, mood, endocrine regulation, and reproductive health. Essentially, it facilitates homeostasis within the body’s tissues and systems. Both endogenous and exogenous constituents activate and enhance this system.

The ECS utilizes mainly 2 G-coupled protein receptors,3  referred to as CB1 and CB2 receptors. CB1 and CB2 are located throughout the body, enabling the ECS to adapt/respond to physiologic challenges. CB1 is concentrated more centrally and is associated with the nervous system (neurons and glial cells), liver, connective tissue, gonads, and glands. CB2 is concentrated more peripherally and is associated with immune cells (T and B cells, monocytes, polymorphonucleocytes [PMNs], and microglia), and associated lymphatic organs/structures. Other receptors have also been identified, such as CB3, vanilloid 1 (aka capsaicin), and TRPA1 (transcription receptor potential ankyrin 1).2

CB1 preferentially binds the cannabinoids: anandamide (endogenous) and 9-delta-tetrahydrocannabinol, or THC, a Cannabis phytocannabinoid (exogenous). CB2 preferentially binds 2-arachidonoylglycerol, or 2AG (endogenous), and cannabidiol, or CBD, another Cannabis phytocannabinoid (exogenous).4,5 CBD can interfere with THC’s CB1 receptor binding,5 altering its therapeutic effects. When CBD is higher than THC, its (non-psychotropic) effects dominate, while THC’s psychotropic effects are blocked or reduced. When THC is higher than CBD, its effects are enhanced by CBD. THC only promotes psychotropic effects when its individualized physiologic threshold is exceeded. Microdosing THC does not result in psychotropic effects, regardless of the THC:CBD ratio.1 It is also important to address Cannabis’ synergism, known as the entourage effect, by utilizing the plant in its entirety; this tends to produce the best clinical results. Likewise, these benefits can be further enhanced by combining Cannabis with other plants and their associated terpenes.

Endocannabinoids are fatty acid derivatives from eicosanoids such as the omega-3s – eicosapentaenoic acid (EPA) and docosahexaenoic acid (DHA) – made and secreted from nerve cells, near ECS receptors. Phytocannabinoids in plants are molecularly similar to endocannabinoids, therefore act like neurotransmitters on these receptors. Endocannabinoids do not accumulate in neuronal synaptic clefts, but rather act as reverse messengers.6 They also function as antioxidants.7 A higher concentration of receptors in the body leads to a higher sensitivity and better cannabinoid response. This means that someone with more receptors requires less product than someone with fewer receptors. Research on CBD has demonstrated that at least this cannabinoid acts partly by stimulating serotonin, adenosine, and glycine receptors.8 Essentially, cannabinoids slow down neurotransmission.6

Fatty acid amide hydrolase (FAAH) is the enzyme that breaks down the fatty acid amides. Anandamide converts to arachidonic acid, and oleamide converts to oleic acid, (olive oil’s sleep-inducing omega-9). FAAH can also break down 2AG, though its breakdown is mostly through monoacylglycerol lipase (MAGL). N-alkylamides (which are found in chocolate) inhibit FAAH by interfering with its reuptake to the neuronal endbulb at the synaptic cleft. Anandamide and 2AG both work with calcium presynaptically; anandamide works with potassium postsynaptically.8 Cannabinoids interact with dopamine production,9 and endocannabinoid deficiencies can contribute to dysfunction and disease.10 This is why supplementing with Cannabis can restore function and why multiple conditions are treated effectively with Cannabis, including regulatory problems involving muscular and connective tissue inflammation, action potential transmission (enhancing efficiency of both muscular and psychological functioning), hormonal regulation, and stimulus/sensation awareness. Efficiency in energy regulation (including glucose sensitivity, hunger, and satiety) can also be effectively addressed. Cannabis is also used as an effective opiate addiction recovery agent, since it doesn’t interfere with respiration in the brain stem, and does not lead to overdose-related death. (C. Brace, oral communication, September 2017).

The natural synergism of constituents within each plant, with or without the addition of other natural substances, benefits the patient in ways the individual aspects cannot, even if taken isolated yet simultaneously. For example, since administering various agents with Cannabis is thought to potentiate its effects11 and garlic compounds appear to cross the blood-brain barrier,12 co-administration of garlic and Cannabis may enhance neuroregulation and neurogeneration by giving Cannabis better CNS accessibility. The ECS can also be affected by mangos. If eaten 45 minutes prior to Cannabis consumption, mangoes increase THC’s effect, much like with chocolate. Natural ECS activators include the botanicals Echinacea, black peppercorn (Piper nigrum), turmeric (Curcuma longa), liverwort (Radula marginata), daisy (Helichrysum umbraculigerum), electric daisy (Acmella oleracea), chocolate (Theobroma cacao, as stated), and oxeye plants (Heliopsis helianthoides).

Cannabis is harvested for its THC and CBD content, lesser-known cannabinoids, and a variety of terpenes and flavonoids in different combinations, known as strains (Table 1, 2). Terpenes confer scent and flavor, and act on receptors and neurotransmitters, which is important therapeutically. Flavonoids provide the natural rainbow of colors in foods and plants, acting as anti-inflammatories and antioxidants. In the raw, botanical cannabinoids are in acid form, ie, carboxylated. When heated or aged, decarboxylation alters the molecule, making it more metabolically active. Cannabinoids are anti-inflammatory, antioxidant, analgesic, neuroprotective, and antibacterial (Table 1). Acid forms are used juiced and topically. Decarboxylation and degradation occur with increased time, heat, light, and oxygenation, with each cannabinoid having its prime uniqueness.13

Cannabis is likened to an entire pharmacy or family of plants that has been uniquely cultivated. For example, differences in the plants are classified as sativa, indica, or hybrid combinations. Sativas are known for their active, uplifting effects. Indicas are known to be more sedative. All have strains bred to control their terpene, flavonoid, and cannabinoid content. Cultivation differences, such as indoor vs outdoor, lighting, watering (frequency, mineral content, temperature, etc), and harvest times, affect terpene availability. The plant’s constituents are important, but so is its extraction method (CO2, butane, ethanol, etc) and its method of delivery: smoked, vaped, ingested (concentrate or edibles [raw and cooked foods]), applied topically, or inserted as a suppository. As well, each cannabinoid and terpene is activated at differing temperature boiling-points.11

An important factor to note is that even though a plant might be harvested and labeled a particular strain, the efficacy of the plant is based on the above factors. (J. Greenswag, Trichome Institute, oral communication, October 2017). Two different plants having the same strain name but grown under different conditions (geography, temperature, stress levels, available grow-space, etc) contain different therapeutic properties (determined not only by the predicted cannabinoids, but also the terpenes and flavonoids), which are determined by the grow, harvest, and extraction factors. Relying on strain name but disregarding other factors, such as method of delivery or terpene content, is highly irresponsible and could result in disappointing clinical outcomes.14

Cannabis is Cannabis; however, it is labeled according to its THC content. Commercial CBD from industrial or agricultural “hemp” must contain less than 0.3% THC. The US government holds a patent for CBD for immune modulation and anti-inflammation. It is freely available to purchase as a nutritional supplement and can be administered in different forms. Beware, however, that this is not the same product as hemp seed oil. CBD comes from hemp plant parts. Be sure to research the products you recommend for your patients, as CBD derived from hemp is a nutritional supplement and is not regulated as a medicine. Many different products exist, not all of which are of medicinal quality. Cannabis containing more than 0.3% THC is known as “marijuana.”

Currently in North America, Cannabis remains a federally regulated Schedule I drug by the United States, with jurisdiction granted for determination of legal usage varying from state to state. Canada recently passed The Cannabis Act, legalizing Canadian adult use starting October 17, 2018.15 Access to Cannabis for Medical Purposes Regulations (ACMPR), regulated through Health Canada, does and will continue to regulate medical Cannabis consumption. Please verify with the regulatory bodies of where you practice before recommending or prescribing Cannabis.

As Henry Lindlhar stated, “Nature’s Medicines are the Best,” and the power and diverse uses of Cannabis, including its cannabinoids, terpenes, and flavonoids, are a prime example of this truth. These medicines are simple, and yet they reflect the complexity of natural systems. The individual nature of each person, their physiology and maladies, the Cannabis strain, its cultivation, harvesting and extraction peculiarities, form and delivery system, and, of course, dose, all require serious consideration.10 As a herald of a return of herbal medicine to the mainstream of North American medicine, these powerful plant medicines require strict attention to detail and adherence to naturopathic principles, to use them not only to their highest potential, but for our patients’ highest benefit. 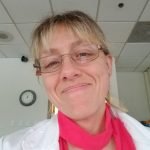 Lee-Anne Francois-Dornbusch, ND, was a 4th-year naturopathic medical student at the time of this writing, at the National University of Health Sciences (NUHS) in Lombard, IL. Besides being an avid Cannabis researcher, she is a medical Cannabis cardholder, PTSD support group facilitator, hemp CBD distributor, and owns a company that educates about Cannabis, including its use and how to incorporate it into people’s lives. She is also a certified pastry chef, certified hypnotherapist, is board-certified in therapeutic massage and bodywork, and is a mom of 4, including her Deaf son. She communicates in English and American Sign Language. 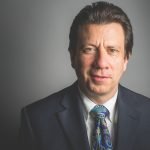 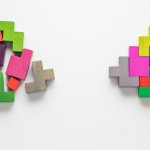 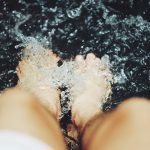