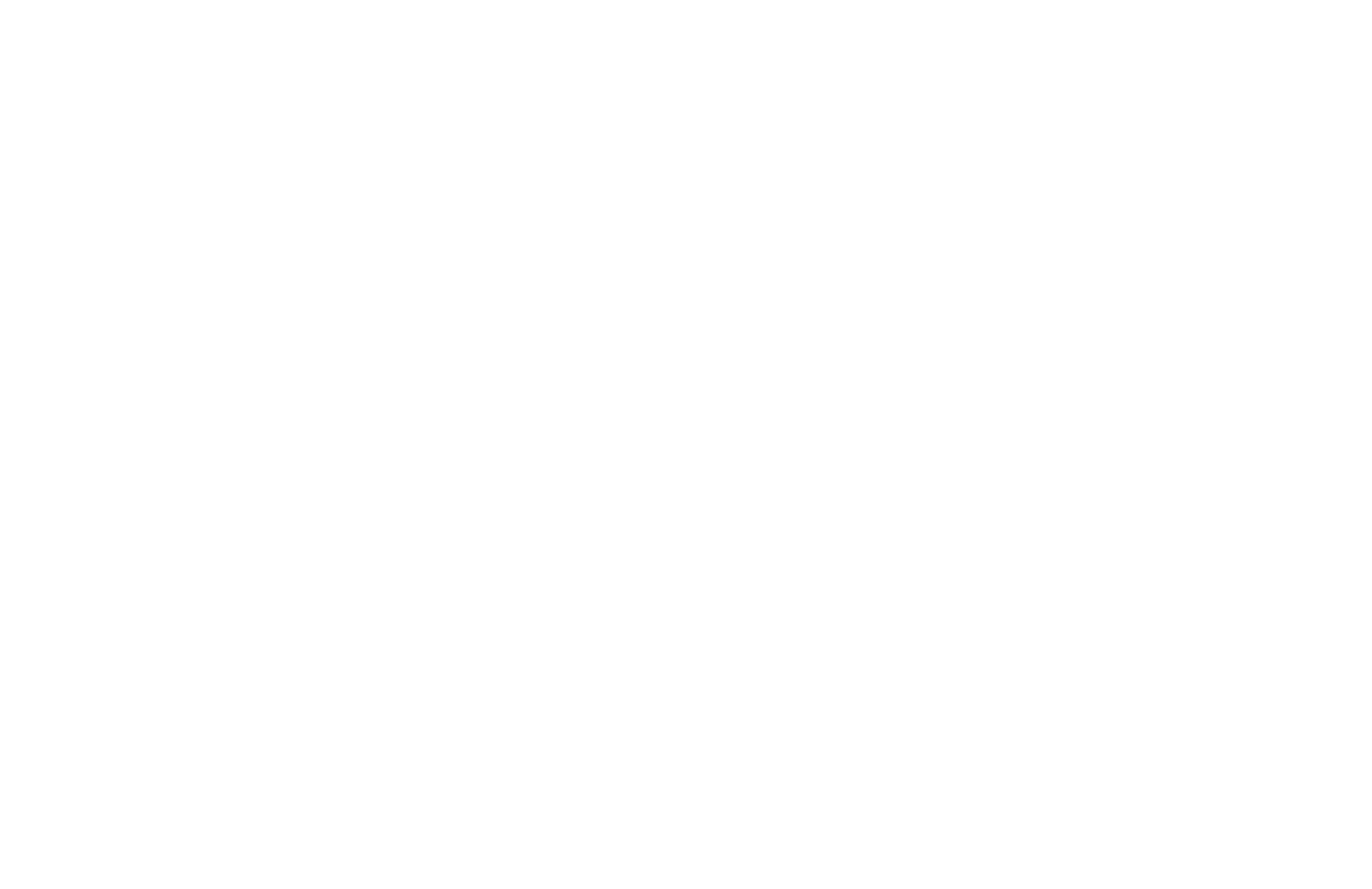 Tracking Plaque—Get With IT!: An Interview With Marc Penn, MD, PhD

In diagnostic testing circles, Cleveland HeartLab (CHL) is “IT.” Opened in 2010, CHL is a cardiovascular specialty diagnostic laboratory that was spun out of the Cleveland Clinic (Cleveland, Ohio), the nation’s top-rated hospital in 2012-2013 and for the past 18 years the best in heart care.1 The Expert Report’s distinguished guest for this interview is cardiologist Marc Penn, MD, PhD, chief medical officer at CHL. Dr Penn is a renowned researcher and scientist in his own right and has been instrumental in bringing advanced cardiovascular risk assessment to the practicing clinician. Cleveland HeartLab is based on technology developed by Dr Penn when he was at the Cleveland Clinic. It is accurate to say that Dr Penn and CHL are helping to improve the terrain of heart attack and stroke prevention, diagnosis, treatments, and outcomes.

A biomarker is anything that can be used as an indicator of a particular disease state or some other physiological state of an organism. Biomarkers are measurable and quantifiable biological parameters that can have an important impact on clinical situations. Potential biomarkers must also have the ability to improve overall prediction beyond that of traditional risk factors and serve as means to examining organ function or other aspects of health. A biomarker is also a parameter that can be used to measure the progress of disease or the effects of treatment. Biomarkers help in early diagnosis and disease prevention, in treatment target identification, in treatment response, and in other areas.2

Cleveland HeartLab’s IT biomarkers refer to “inflammation testing.”3 The IT biomarkers are this month’s topic of The Expert Report.

How are inflammation biomarkers and advanced lipid testing changing the terrain of cardiometabolic risk assessment?
In many very important ways, these tests have changed risk stratification in patients at risk for coronary artery disease. With over half the people who have heart attacks these days having “normal lipids,” we no longer recognize that with the widespread use of statin therapy and dual platelet inhibition well-controlled lipid parameters do not equate with low risk. Thus, we need to identify patients who have not had their risk fully mitigated, and advanced lipid testing and IT are important ways to determine which patients are optimally managed and which are not. Data would suggest that the classic lipid panel assesses lifelong risk, advanced lipid testing assesses midterm risk, perhaps on the order of many years to decades, and inflammation testing (IT) assesses near-term risk on the order of months to years.

Were you in the research trenches as part of the frontier development of the MPO biomarker test?
Yes, I was! The impetus for the development of CardioMPO4 was based on my observation that all biomarkers to assess if a patient with acute coronary syndrome required myocardial damage. This was a bit odd since we know that acute coronary syndrome is a vascular event. Thus, I wanted to develop a vascular marker for a vascular event. I predicted that white blood cells recruited to the site of a vulnerable plaque would degranulate and release myeloperoxidase (MPO) regardless of whether there was evidence of myocardial damage. We proved this concept in our study a number of years ago when we demonstrated that in patients with chest pain an elevated measure of free-circulating MPO correlated with an increased need for revascularization regardless of whether the patient ruled in for a myocardial infarction or not. Since then, a number of laboratories throughout the world have demonstrated that an elevated MPO even in apparently healthy individuals correlated with increased risk of vulnerable plaque and poor outcomes, proving the concept of my invention—that free-circulating MPO correlates with the presence of vulnerable plaque.

Everyone is talking about myeloperoxidase for predicting heart attack and stroke. What is MPO, what is its function, and why measure it?
The reason to measure MPO in patients is to assess if they are developing vulnerable plaque. What we have learned over the past decade is that, even in patients who appear healthy, if they develop vulnerable plaque and it ruptures, they will progressively grow plaque. At some point, if that plaque rupture leads to arterial thrombosis, then acute coronary syndrome will occur. Thus, if truly optimally minimizing a patient’s vascular risk requires minimizing his or her ability to develop vulnerable plaque, one way to quantify if the patient is developing or has vulnerable plaque is to measure CardioMPO as part of IT. Furthermore, aggressively treating a patient with a high MPO leads to a decrease in its circulating level, suggesting we have decreased that patient’s vulnerable plaque burden.

Where along the atherosclerosis disease process does MPO enter vs high-sensitivity C-reactive protein (hs-CRP)? Does it replace the need for testing hs-CRP?
Importantly, MPO does not replace hs-CRP. Based on our work, we would suggest that hs-CRP is more a reflection of plaque burden than plaque activity. Thus, one could have an elevated hs-CRP and a normal MPO, suggesting that there may be atherosclerosis present, but there is not significant vulnerable plaque present. Consistent with our work, there are multiple studies that have shown patients with a high hs-CRP or high MPO are at increased risk but that patients with both a high hs-CRP and MPO are at even higher risk!

Clinical scenario: A 56-year-old male hyperlipidemic patient with metabolic syndrome and a high hs-CRP is successfully treated to lower low-density lipoprotein cholesterol (LDL-C), triglycerides, and hs-CRP targets. He also started exercises, changed his diet, and lost 20 lb. A CardioMPO was ordered, and it was elevated. Does this indicate a concern?
Our data would suggest yes. As mentioned above, multiple studies have demonstrated that a high MPO in the setting of a normal or low risk hs-CRP still portends increased risk. Thought of another way, the decrease in hs-CRP suggests decreased systemic inflammation, perhaps associated with atherosclerosis, but the high MPO suggests that some of the plaque is inflamed and vulnerable.

Would the high MPO suggest changing the treatment? In what way?
Most importantly, what the high MPO suggests is that the physician should look further into the risks for adverse cardiac events in this patient. Perhaps an oral glucose tolerance test to see if postprandial blood sugars are high, refer the patient to the dentist to determine if there is underlying gum disease that is known to drive cardiac events, or maybe suggest further titration of statin or blood pressure therapy. If the patient has known coronary artery disease, it may be time to restart dual platelet inhibition for a period of a year.

Dr Swanson’s comment: The naturopathic cointervention options are numerous in this respect.

Has lowering the MPO been shown to help improve risk and outcomes of primary and secondary heart attack and stroke? Has it been shown to predict mortality?
It has been shown to predict mortality over a number of years in patients with mild-moderate coronary artery disease. In multiple studies, a high MPO has been shown to increase the risk of adverse events, including stroke and heart attack, by 50% to 100% when stratified for cholesterol, other inflammatory markers like hs-CRP, smoking, and other known risk factors. What has not been clearly shown as yet is that more aggressive treatment of patients with a high MPO decreases this risk; however, in patients more aggressively treated, the MPO level does come down.\

Explain the clinical utility of measuring urinary microalbumin and F2-isoprostanes.
Urinary microalbumin has been shown in multiple studies, including the HOPE trial,5 to be linked to an increased risk of adverse cardiac events, including myocardial infarction and stroke. Like hs-CRP, it is a measure of vascular disease, in this case most likely endothelial dysfunction.

F2-isoprostane is a stable urinary marker of systemic oxidation. An increase in F2-isoprostane is present in patients with high-risk lifestyles, including smoking, obesity, and in deconditioned patients and those with poor diet. Improving lifestyle changes leads to lowering of F2-isoprostanes, and many physicians have found this a useful marker for monitoring patients’ adherence and commitment to lifestyle modification that many of us should be doing.

What is lipoprotein-associated phospholipase A2 (Lp-PLA2)? What is its clinical utility as a biomarker?
The PLAC test measures Lp-PLA2 biomarker.6 It is released by activated macrophages in vulnerable plaque. An increase in Lp-PLA2 has been shown to be linked to an increased risk of myocardial infarction and stroke. Both MPO and PLAC are markers of vulnerable plaque but interestingly from 2 different points of view. MPO looks at the vulnerable plaque from the white blood cell point of view in the vessel lumen, seeing fissures, erosions, and thinning collagen caps, whereas PLAC’s point of view is within the vessel wall under the collagen cap. We have very interesting data at Cleveland HeartLab that demonstrate exceedingly few patients have increased PLAC and MPO at the same time, suggesting that these markers are not redundant but together further identify patients at risk.

Does measuring ApoA1, ApoB, and Lp(a) have any lesser predictive value now?
ApoB, as stated above, has an important role. Similarly, ApoA1 measurement gives physicians a truer measure of HDL since HDL cholesterol can similarly be flawed with respect to particle number. Lp(a) has a role in risk stratifying patients with precocious cardiovascular events. Lp(a) is antithrombotic and blocks PAI-1 [plasminogen activator inhibitor 1] activity. Thus, in the setting of less plaque burden, a patient with a high Lp(a) is more likely to develop a thrombotic event at the time of plaque rupture compared to a patient with normal Lp(a) levels. It remains unclear to me that Lp(a) should be measured in all patients, which is why it is not part of the IT profile. That said, this is of some debate.

Cleveland HeartLab has developed a new coenzyme Q10 (CoQ10) test. How does a low level affect cardiac risk?
It is clear from some of our work and that of others that a low CoQ10 level portends an increased risk for a larger cardiovascular event if or when one happens. Furthermore several small studies have shown that, in patients with low cardiac function and low CoQ10 levels, CoQ10 supplementation leads to an increase in ejection fraction. Based on this body of work, we believed it is important to bring an approachable CoQ10 test to the treating community. Our testing has been optimized to allow for easier preparation and transportation, but the results are similar to those that are obtained with earlier methods.

The Future of IT

Looking to the future, are other IT biomarkers on the horizon?
We believe the future for IT is bright and should have a major impact on patient care and outcomes. We hope that the program that we are bringing out will serve as a tool for educating our patients and furthering the understanding of the treating community on the utility of IT for identifying patients at risk for cardiovascular events. Importantly, we hope that many begin to realize that inflammation and atherosclerosis are not a new concept but in fact a concept that we are going back to in order to further improve patient outcomes. The reality is that by targeting cholesterol we have significantly changed the clinical manifestations of the disease of atherosclerosis; however, we not need to look elsewhere to achieve an additional quantum of improvement, and with the tools that we have developed and the understanding of inflammation and atherosclerosis that we now have, IT can lead us in this important direction.

Dr Swanson’s closing comment: Thank you, Dr Penn, for this plaque-tracking cardiobrief on IT. These advanced biomarker tests are changing the way I practice, as well as physicians and cardiologists across the country. Physicians entering into the advanced healthcare arena of cardiometabolic medicine as integrative heart partners for the prevention of heart attacks and strokes will find this interview a true heart saver. Curcumin, resveratrol, berberine, nattokinase, krill, or CoQ10, anyone? 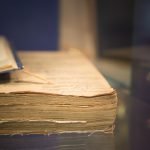 Ludwik Fleck and Naturopathic Medicine: Allies in All the Right PlacesEducation 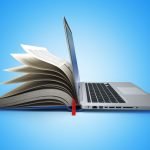