The January 2019 article by Nelson et al, “The Bell Tolls for Homeopathy: Time for Change in the Training and Practice of North American Naturopathic Physicians,”1 necessitated this response in order to correct numerous factual errors and logical fallacies. In truth, the task of properly critiquing this article requires more space than that allotted to us here. A more thorough response is pending publication in the American Journal of Homeopathic Medicine. In this highly condensed article, we have done our best to highlight the article’s most egregious errors.

The history of homœopathy is riddled with confusion, controversy, and skepticism, yet homœopathy is one of the most popular forms of complementary and alternative medicine, used by 500 million people worldwide.2-4  The potentially positive role of homœopathy within integrative medical settings has been demonstrated in hospitals internationally.5-7

The assertion by Nelson et al that homœopathy is mere placebo is not evidence based. It is generally accepted that plants and cell cultures are not susceptible to the placebo effect, while the role of placebo in animals is controversial. Homœopathic medicines have been shown to have biological effects in animal,8-11 plant,12 and cell culture/gene expression studies.13-36  For example, a rigorous randomized placebo-controlled study found that a homœopathic medicine prevented Escherichia coli-induced diarrhea in piglets (p<0.0001).37 Veterinary, plant, and cell-culture studies clearly refute the argument by Nelson et al that the effects of homœopathy are due exclusively to the consultation itself, ie, the result of provider empathy and authority.

Four out of 5 systematic reviews of homœopathy demonstrate an effect of the modality beyond placebo.38-42 A paper published by Shang et al was the lone review to arrive at a different conclusion, yet the Shang paper was the only one cited by Nelson et al. The conclusion of the Shang study is dubious, as they relied on only 8 clinical trials and only disclosed the identity of those trials after the publication of the paper when their results were called into question. It is now known that Shang et al did not compare similar medical conditions when differentiating the effectiveness of homœopathy and conventional medicine.43 Furthermore, a 2014 reanalysis of the Shang’s data, which focused solely on that subset of the trials that had been peer reviewed, found a “statistically highly significant effect of homeopathy.”44

Aggregating trials of homœopathy in systematic reviews is problematic in research trials due to the heterogeneity of the term “homœopathy.” Mathie et al published an analysis of clinical trials of individualized homeœopathy and demonstrated that the highest-quality trials had positive results.45 When examining specific medical conditions for which there are high-quality, placebo-controlled studies, several conditions have been shown to respond positively to homœopathy, including diarrhea,46  otitis media,47,48 allergic rhinitis,49-51 vertigo,52 and ADHD.53

In their critique, Nelson et al cited the report by the Australian Government National Health and Medical Research Council (NHMRC), which stated that there are no high-quality studies indicating an effect for homœopathy beyond placebo.54 Not only does this conclusion contradict the 2014 reanalysis of the Shang paper and the Mathie et al paper cited in the previous paragraph, but an extensive investigation and in-depth analysis has also called into question the NHMRC report due to “serious procedural and scientific misconduct in producing the report.” As a result, a full investigation of the NHMRC’s conduct has been initiated by the office of the Commonwealth Ombudsman to answer “charges of bias, conflict of interest and scientific misconduct.”55

In August 2019, following Freedom of Information [FOI] requests, the NHMRC released a first report (dated 2012) that had not been previously revealed to the public. That report found “encouraging evidence for the effectiveness of homœopathy” in 5 medical conditions, including otitis media, upper respiratory tract infections in adults, and in some side effects of cancer treatments.56 The NHMRC has been justly criticized for using unconventional and scientifically questionable procedures, yet this report continues to be cited frequently as evidence against homœopathy. Astonishingly, the current NHMRC CEO, Professor Anne Kelso, issued the following statement: “Contrary to some claims, the review did not [emphasis ours] conclude that homeopathy was ineffective.”56 The Shang and NHMRC reviews, taken together, demonstrate a tendency on the part of homœopathic skeptics to manipulate data in order to confirm their bias. Simultaneously, it calls into question Nelson et al’s reliance on these 2 papers to justify their argument.

The extreme dilutions used in homœopathic medications have been the subject of heated controversy. It is argued that they contain no active ingredient and are, therefore, inert. Per current scientific research, this assumption is incorrect and outdated. In 2010, Chikramane et al were the first to discover the presence of nanoparticle source materials in homœopathic medicines.57 Basic science research into the physical and chemical properties of homœopathic medicines is emerging from independent research laboratories around the globe. This line of research shows that homœopathic medicines contain various nanostructures including source materials, silica, and gas nanobubbles, heterogeneously dispersed in colloidal solution.58 Emerging research hypothesizes that these nanoparticle substances modulate a whole-person, adaptive (allostatic) stress response to restore a stable internal environment. This stress response network is modulated by cytokines, oxidative stress, and heat shock proteins.59,60 The fact that the exact mechanism of action of homœopathic medications is not known at this time should not preclude their clinical efficacy. The argument that homœopathy is biologically implausible has been disputed in the scientific literature, yet the debate has largely been ignored. As Rutten et al stated,43

Mistrust in the evidence for homeopathy is primarily based on plausibility. Demanding RCTs to decrease disbelief (Hansen and Kappel 2010), and subsequently ignoring their results on grounds of the same disbelief, is circular reasoning.

Jamie Oskin, ND, DHANP, is a board member of the Homeopathic Academy of Naturopathic Physicians (HANP), adjunct faculty in the homœopathy department at Southwest College of Naturopathic Medicine in Tempe, AZ, and is in private practice at Arizona Natural Health Center in Phoenix, AZ.

Eric Udell, ND, is a board member of the HANP, adjunct faculty in the homœopathy department at Southwest College of Naturopathic Medicine in Tempe, AZ, and is in private practice at Arizona Natural Health Center in Phoenix, AZ. 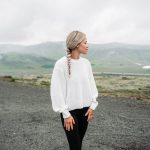 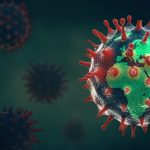