Resetting the Clock: The Key to Restoring Healthy Sleep

As a naturopathic doctor who exclusively treats psychiatric conditions, I am eternally looking for sleep solutions. There isn’t a single psychiatric condition that does not have some sort of sleep disturbance as part of it, and repairing sleep always improves outcomes globally. Additionally, as someone who sees a lot of people with bipolar and psychotic disorders, I am also looking for natural ways to improve mood without negatively impacting sleep. Three such therapies exist that are non-invasive, don’t require a pill, and are corrective rather than palliative in that they remove obstacles rather than forcing biochemical pathways.

Melatonin is produced in the pineal gland and secreted in response to darkness. Light inhibits this process, with wavelengths that produce blue light being the biggest offenders. In our modern world, we are constantly exposed to light across the spectrum, not only from our computers, smartphones, and TVs, but also from lights that brighten our homes and line our streets at night.

Complete avoidance of bright light for 2 hours before bed would be ideal, but for most people is unrealistic. Apps exist that can block the blue light produced by computers and smartphones, but they don’t have an impact on the lighting in our environment. The solution – blue light blocking glasses.

Glasses that block blue light use an amber-colored lens that has been shown to block transmission of blue light wavelengths. A recent study, published in the Journal of Psychiatric Research,1 put their use to the test. Fourteen individuals were given either blue light blocking glasses or similar glasses with clear lenses (controls), to wear for 7 days. The frames were wrapped around the head so as to block out as much light as possible. The participants wore the glasses for 2 hours every night before going to bed. The findings showed improvements in the Pittsburgh Insomnia Rating Scale total scores, as well as quality of life and stress response in the trial group versus controls. The use of amber lenses was associated with longer sleep duration and higher quality of sleep compared with the use of clear lenses.

Clinically, I have been using this therapy for years. As in this study, I recommend a protocol of constant wearing of the glasses for 2 hours prior to bedtime. For all of my patients who have been willing to wear the glasses, the results have been remarkable. I have safely used it in anxiety, depression, bipolar disorder, and schizoaffective disorder.

Although a well-known treatment for seasonal affective disorder, light therapy has been used cautiously or, in some cases, has been believed to be contraindicated for use in bipolar disorder. This has been based on the belief that when used for bipolar depression – which often has a seasonal component to it – light therapy increases the risk of switching polarity into mania.

A new study, published in the American Journal of Psychiatry,2 demonstrated that bright light therapy not only improves bipolar depression, it does so without any shift to mania. Even more surprising, the study used mid-day therapy, which has conventionally been avoided, even in those practitioners who used it cautiously.

The study itself was conducted over 6 weeks. Forty-six participants, who had no signs of mania, hypomania, or rapid cycling of moods, were assigned to receive either a therapeutic light-box treatment or a dim (placebo) light-box treatment. They were titrated from 15 minutes to 60 minutes of daily exposure in 15-minute increments each week. The light was used between the hours of 12:00 and 2:30 PM.

The results were stunning. Remission of depression was achieved in 68.2% of the active-treatment participants, compared to only 22.2% of the controls. There was no mood polarity switch in either group.

This has dramatically changed the way I have recommended light and dark therapy to my patients with bipolar disorder who experience seasonal impacts on their mood. I still recommend dark therapy (using sleep glasses as outlined above) but have seen significant improvement in recovery from depressed mood, even when my patients are not using the glasses as recommended.

It is important to note that the patients who were studied were all on mood stabilizers. Clinically, I have recommended this treatment to patients who are not on any psychotropic medication but who have regular homeopathic treatment. I would remain skeptical of using lights as a monotherapy for bipolar depression without further studies.

The biggest challenge in my clinical experience has been treating patients with maintenance insomnia, which is the inability to stay asleep. Wake therapy, also called chronotherapy, can be a powerful tool to help improve sleep quickly and restore the ability of the patient to initiate and maintain sleep on their own in under 2 weeks.

Patients start by calculating the total number of hours that they typically get in a night. For example, if they go to bed at 10 PM and wake at 6 AM but generally wake up for 1 ½ hours twice each night, they only get 5 hours of sleep. They then subtract that number of hours from their typical wake time, which is the time they now go to bed on the first night. In our example, this would be 1 AM. Each night they will add 15 minutes to their overall sleep time (ie, go to bed 15 minutes earlier than the night before), until they reach their ideal sleep time. While this therapy is in process, patients should not take naps during the day. They should also not consume alcohol, because of the interference it has on sleep patterns.

I will admit that I have been hesitant to recommend this therapy, in part because I am always concerned about anxiety or hypomania, both of which are made significantly worse from sleep deprivation. However, I recently had the courage to try wake therapy in one of my patients who had seen no improvement using homeopathy, cortisol balancing, natural sleep support, zolpidem, trazodone, mindfulness, acupuncture, neurofeedback, or cognitive behavioral therapy. The patient was depressed, anxious, and angry, and the sleep deprivation was only making things worse, so he was willing to try anything.

I checked in with him by email daily. Each day he had slept the entire time he was in bed. He was very tired at the beginning, but was encouraged by his ability to stay asleep through the night, so he persisted. At the end of the 14 days it took him to complete the therapy, he was not only getting 8 full hours of sleep every night, his depression and anxiety had dramatically improved, and his sex drive (a common casualty of depression, anxiety, and insomnia) was back.

Studies3,4 support what I observed in my patient. Most studies use it to treat depression-related sleep disturbance and find that both mood and sleep can improve with even a single night of wake therapy. The effects are amplified when using light therapy in conjunction with wake therapy. Additionally, the effects are reported to hasten response to antidepressant medications.

Each therapy discussed here works to help reset or maintain our internal “clock” that is our circadian rhythm. Our bodies already manage hormone production and release in response to external cues of light and dark. With a small, non-invasive amplification of these natural cues, we can help the body restore balance to its clock. 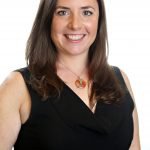 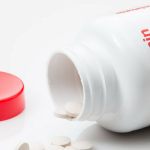 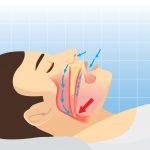