Breathing patterns are an important indicator of an individual’s health. A healthy individual breathes naturally using primary respiratory muscles (e.g., diaphragm muscle) that produce a rhythmic observable movement of the upper rib cage, lower rib cage, and abdomen. This is known as the diaphragmatic breathing pattern, which has been associated with improvements in posture, core stability, and functional performance, as well as reductions in musculoskeletal injury, pain, and stress.

In contrast, individuals with altered or dysfunctional biomechanical breathing patterns are unable to contract their diaphragm to a desired extent and begin relying on accessory respiratory muscles to breathe. They display superior rib cage movement and shoulder elevation, reduced abdominal movements, and lateral rib cage expansion.

Now, a team of researchers led by Dr. Terada from Ritsumeikan University in Japan has conducted a novel study, published in The Journal of Strength and Conditioning Research, to examine the prevalence of dysfunctional and diaphragmatic breathing patterns in an athletic population, and determine the biomechanical dimensions of these breathing patterns.

The team tested 1933 competitive athletes from schools in Japan, across multiple sports and ages during 2017 and 2020, using a Hi-Lo test — a test that identifies an individual’s breathing pattern. Scores for the Hi-Lo test were determined based on the presence or absence of abdominal excursion, anterior-posterior chest expansion, superior rib cage migration and shoulder elevation. The team further classified these participants into thoracic-dominant and abdomen-only breathers based on the presence of abdominal excursion.

Further, among the population identified as dysfunctional breathers, 61% of the athletes were found to be thoracic-dominant breathers, as compared to the 39% abdomen-only breathers.

These findings suggest an overall high prevalence of dysfunctional breathing patterns in the athletic population across age groups, which requires immediate addressing as an important sports-medicine issue.

The findings also emphasize the importance of the Hi-Lo test in recognizing the differences between sub-categories (thoracic-dominant and abdomen-only) of breathing patterns. An understanding of these breathing patterns can help develop individualized intervention plans. Dr. Terada says, “Incorporating diaphragm breathing exercises and techniques may have beneficial effects on restoring optimal recruitments and motor control patterns of respiratory muscles, improving the efficiency of the biomechanics of breathing and decreasing psychological stress in athletes with dysfunctional breathing patterns.” 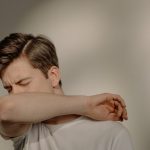 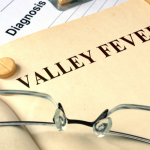