According to a study out of Brown University, researchers evaluated the link between mindfulness cardiovascular health and healthy glucose levels. This isn’t just practicing mindfulness once a week, it is what is known as dispositional or “everyday” mindfulness or the inherent trait of being aware of one’s present thoughts and feelings.

The researchers studied the connection between this and cardiovascular health in a study comprised of 399 people. The association is linked to the thought that people practicing higher degrees of mindfulness may be better able to motivate themselves to exercise, to resist cravings for high-fat, high-sugar treats, and to stick with diet and exercise regimens recommended by their doctors.

Mindful people are less likely to be obese according to the study. They are also more likely to feel in control.

“This study demonstrated a significant association of dispositional mindfulness with glucose regulation, and provided novel evidence that obesity and sense of control may serve as potential mediators of this association,” wrote one researcher. “As mindfulness is likely a modifiable trait, this study provides preliminary evidence for a fairly novel and modifiable potential determinant of diabetes risk.” 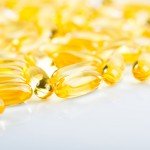 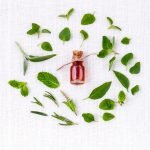