According to an article published online by EcoWatch, the Center for Food Safety and other organizations are suing the FDA over their recent approval of the first-ever genetically (GE) food animal, an Atlantic salmon that is engineered to grow quickly, created by AquaBounty Technologies Inc. the engineered fish is made from DNA from three fish: Atlantic salmon, Pacific king salmon and Arctic ocean eelpout.

Opponents of the FDA’s approval note that this means there is no requirement to label the GE fish. Also, the FDA disregarded comments from nearly two million people who opposed the decision because of the lack of environmental analysis. One danger is that the GE salmon could escape and threaten endangered wild salmon stocks.

One lobbyist for Friends of the Earth noted, “It’s clear that the market has rejected GE salmon despite FDA’s reckless approval,” she said. “Major retailers including Costco, Safeway and Kroger won’t sell it and polls show the vast majority of people don’t want to eat it. Yet under this approval it won’t be labeled, violating our fundamental right to know what we are feeding our families.” 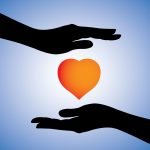 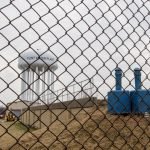 Lead in Soil Another Factor in Flint, Michigan Naturopathic News