Five years ago, I was offered the opportunity to work in a Rheumatology practice. When asked to join, my initial thought was this is a very difficult population and I don’t feel very competent treating autoimmune disease. Besides, I don’t have a “cure.” Five years later, I have come to some different realizations. I still don’t have a “cure,” but I can significantly improve the quality of life of patients with autoimmune disease by applying basic naturopathic principles. This article will discuss why adrenal hormones, digestion, and diet must be addressed. Specific therapeutic strategies will be discussed.

It is not uncommon to find a history of high levels of stress, environmental exposures or other issues that may have preceded chronic illness. Patients may have been able to tolerate them, until a major stressor occurred which put them into a state of chronic disease. A common finding in patients with autoimmune disease is an abnormal cortisol response.

Multiple studies have shown a dysregulation of cortisol response to various stressors, including cytokines, surgery, exercise and circadian rhythms. Interleukin-6 (IL-6), a pro-inflammatory cytokine which is elevated in rheumatoid arthritis (RA), has diurnal variations. It was found that RA patients did not have the expected increase in cortisol, which is necessary to inhibit the inflammatory response. In addition, autoimmune patients tend to have a blunted response to cortisol in peripheral tissues and with surgery. A significant reduction in cortisol levels at peak and post exercise compared to controls was found in RA and systemic lupus erythematosus (SLE) patients. It has also been demonstrated that patients with low to moderate RA disease activity tend to have lower cortisol levels and abnormal circadian rhythms, while patients with more severe disease activity have more elevated levels with loss of circadian rhythms. Higher levels of serum cortisol have been shown to increase the erythrocyte sedimentation rate (ESR). ESR is most commonly used to monitor the level of inflammation with autoimmune patients, due to the cost and ease of performance. Adrenal function testing can also give valuable information, especially when performed with multiple samples displaying the circadian rhythm.

DHEA has been shown to be decreased in RA and SLE patients. In a 24 week study of adult Chinese women with mild to moderate SLE, treatment with DHEA 200mg once daily resulted in significant reduction of serum levels of Interleukin-10. IL-10 has been associated with increased disease activity in SLE, proteinuria and Anti-ds-DNA elevation. This finding may suggest why DHEA could significantly reduce lupus flares. During DHEA supplementation, serum androstenedione and testosterone increased, while there were no changes in serum estradiol or estrone. This pharmacologic dosing of DHEA for SLE is becoming more common practice among rheumatologists. It has also been recommended to supplement DHEA for patients on corticosteroids to decrease the catabolic effect of the steroids.

Naturopathic principles frequently point to digestion as an underlying cause of disease.   Autoimmune patients very commonly have gastrointestinal issues associated with the disease process. Sjögren’s patients may have pancreatic enzyme deficiency associated with lymphocytic infiltration of the pancreas. Scleroderma patients have a higher incidence of GERD and hypochlorhydria. Dysbiosis is commonly found with an increased frequency of organisms including Klebsiella pneumoniae in ankylosing spondylitis (AS) and Proteus mirabilis in RA. Elevated IgG levels and increased serum IgA against Klebsiella was found in AS patients, but with a coexisting reduction in K. pneumoniae responsive T cells. This indicates a defective response to the organism. A high frequency of small intestinal bacterial overgrowth has been found in patients with RA and has been associated with a high disease score. The bacterial overgrowth was seen in patients with normal hydrochloric acid production and hypochlorhydia.

It is also interesting to note the relationship between certain gastrointestinal infections caused by organisms such as Salmonella and Shigella with the induction of HLA-B27, resulting in the commencement of autoimmune diseases such as ankylosing spondylitis, rheumatoid arthritis, lupus and psoriatic arthritis. This is not an uncommon finding in these patients with a genetic predisposition. Other organisms including, but not limited to Chlamydia, streptococcal infections and amoebas have also been implicated in inducing autoimmune diseases. It is valuable to perform a comprehensive stool analysis with a parasitology times three in your patients. Treat the dysbiosis as well as IgA deficiencies or defects.

As with any disease, treatment varies depending on the individual. Multiple studies have been performed to evaluate the effect of fasting, vegetarian and elimination diets on rheumatological diseases. A questionnaire based survey showed that 37-43% of patients with rheumatic diseases had increased symptoms associated with specific foods. Fasting commonly reduces symptoms significantly, with a relapse following re-introduction. In one study, rheumatoid arthritis patients followed a vegetarian diet for two years. Reduction of objective and subjective disease was statistically significant, including ESR. Upon re-introduction of foods, it was found that meat, coffee and refined sugar products were found to be the most common offenders. In another study, RA patients were found to have elevated IgG, IgA and IgM antibodies to specific foods, especially lactalbumin, compared to healthy subjects. Gluten-free diets have been beneficial to patients, especially when combined with vegetarian diets, decreasing C-Reactive Protein (CRP) and symptoms. Many studies found a correlation with inflammatory markers and symptom relief, however this was not universal. Subjective reporting is important, but does not guarantee the absence of joint destruction. Physical exam and diagnostic testing, including ESR (especially in RA patients) should be performed regularly.

Since I work in an office with rheumatologists, my patient population tends to present on multiple medications. For this reason, I usually don’t completely fast my patients. Also, if the patient is on immunosuppressants, allergy testing may yield false negatives. My typical elimination diet includes: non-starchy steamed vegetables (carrots okay), primarily with rice for three days. Only steamed vegetables and fresh vegetable juices for three days, and then repeat the steamed vegetables and rice for the last three days. The patient supplements with a fortified protein powder with components that heal the gut lining. In some cases if the patient is unable to follow through, I will allow a white fish to supplement. The majority of patients either have a significant reduction of symptoms or are symptom-free while on this diet. In some patients, I have seen sedimentation rates drop significantly, along with pain and stiffness, which makes it useful during a flare of a disease. The challenge is the re-introduction and food intolerance discovery. Frequently symptoms return during this time, which is an incentive for the patient to follow a strict dietary regimen, while rebuilding the gut. In some patients where the elimination diet is not an option, a diet according to blood type may be effective.

Fibrinolytic enzymes can be also helpful to reduce the level of inflammation. It is important to remember that if there is active inflammation and swelling of joints in conditions such as RA, reactive arthritis (formerly Reiter’s) and psoriatic arthritis, there is most likely joint destruction occurring. Lupus patients tend to have a less erosive arthritis. The enzymes may be used as maintenance or symptomatically for a flare of symptoms. A sarcoidosis patient reduced her methotrexate and began to have arthralgias, fatigue and eye discomfort. She had a history of recurrent iritis. Wobenzym® was given at a dose of ten tablets tid daily between meals. She was able to maintain this lower dose without incident.

In general, immune modulating therapies are used, such as fish oils and plant sterols. Glycyrrhiza can be very helpful for adrenal function and weaning patients off steroids. There is much controversy about the use of immune stimulating botanicals such as Echinacea in autoimmune patients. Our experience is that most autoimmune patients can tolerate immune stimulating botanicals, except for lupus patients. Lupus patients are highly reactive with flares that may be severe and should be treated with caution.

Treating patients with autoimmune disease can be very challenging. Applying Naturopathic principles should always be the basis of treatment. I teach Rheumatology at Southwest College of Naturopathic Medicine, and I once had one of my Rheumatology colleagues teach a class in my absence. A student asked, “What type of response do patients have to naturopathic medicine when they see Dr. Axelrod?” My colleague’s response was that every patient she refers for naturopathic care improves. However, I still can’t say I have the “cure” for all my autoimmune patients, but I can say that Naturopathic medicine is a powerful tool and you can and will significantly change the quality of life and the course of disease in many autoimmune patients in your practice.

Dr. Axelrod is a professor at Southwest College of Naturopathic Medicine, where she teaches rheumatology and clinical sciences. She graduated from Bastyr University in 1987. She has been practicing in an integrative office for the past five years with rheumatologists and yoga therapists. She may be contacted at l.axelrod@scnm.edu.

Harbuz MS and DS Jessop. Is there a defect in cortisol production in rheumatoid arthritis? Rheumatology Apr 1999;38:298-302.

Arthritis, autoimmune, Autoimmune disease, DHEA
Recommended Posts
This web site offers health, wellness, fitness and nutritional information and is provided for informational purposes only. This information is not intended as a substitute for the advice provided by your physician or other healthcare professional. You should not rely on this information as a substitute for, nor does it replace, professional medical advice, diagnosis, or treatment, Always speak with your physician or other healthcare professional before taking any medication or nutritional, herbal or homeopathic supplement, or using any treatment for a health problem. If you have or suspect that you have a medical problem, contact your health care provider promptly. Do not disregard professional medical advice or delay in seeking professional advice because of something you have read on this web site. The use of any information provided on this web site is solely at your own risk. Nothing stated or posted on this web site or available through any services offered by ND News & Review, LLC, are intended to be, and must not be taken to be, the practice of medicine. Information provided on this web site DOES NOT create a doctor-patient relationship between you and any doctor affiliated with our web site. Information and statements regarding dietary supplements have not been evaluated by the Food and Drug Administration and are not intended to diagnose, treat, cure, or prevent any disease. Copyright ND News & Review, LLC, All Rights Reserved © 2021 - Website created by Matthew Knapp 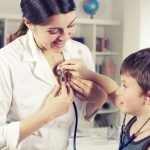