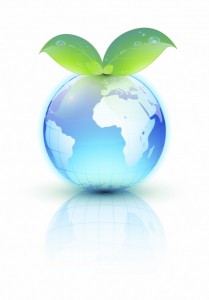 The current climate surrounding food and food choices in our culture is intense. Buzzwords abound: Sustainable. Healthy. Organic. Food miles. Local. Natural. In season. On the one hand, awareness and thoughtful consideration about our foods’ origins encourage healthier food choices. From another perspective, the information necessary to make sound choices can be scarce.

In an attempt to cut through the clutter, the organic food industry has taken an evidence-based approach, and studies are emerging to clarify the value of organically grown foods. In March, Dr. Charles Benbrook and colleagues at the Organic Center published a meta-analysis outlining the nutritional details of organic food’s superior status by reviewing 100 peer-reviewed studies and conference proceedings (Benbrook et al., 2008). The study was well designed and took pains to make true comparisons between matched pairs. The findings are enlightening, generate further questions and also direct practitioners of nutritional therapies to evidence to support the benefit of consuming organic foods.

Until recently, the primary value of organic foods resided in just a few factors:

2)     Reduction in environmental degradation by not adding toxins to air, water and soil

However, organic gardeners and farmers have always suspected an added value of organically grown foods – higher levels of nutrients. Dr. Benbrook’s research has established that organically grown vegetables and fruits contain higher levels of nutrients than their conventional counterparts. Organic foods were found to be clearly higher in antioxidants, vitamin C, nitrates and some polyphenols; and moderately higher in protein. Plant-based organic foods were consistently and clearly more nutrient dense, while animal-based organic foods were not consistently superior.

Benbrook’s team found that, in general, organically grown produce contains 30% higher levels of antioxidants than conventional produce. It is believed that reduced pest pressure, higher nitrogen and rapid plant growth – all common in conventional agriculture – reduce plant antioxidant production. In other words, plants need stress from pests, do not need agricultural fertilizers heavy in nitrogen and do need to grow at their own life cycle’s pace to produce the healthiest, more antioxidant-rich fruits and leaves (Benbrook et al., 2008).

USDA trend data shows a 20% decline in vitamin C in 43 garden crops between 1950 and 1999 (Davis, 2004). This decline is largely due to the application of excessive nitrogen and at times ample to excessive water on crops to spur plant growth, which increases the plant’s production of sugars, carotenoids and sometimes fats and proteins. (Vitamin A and beta-carotene are often higher in conventional produce because their biosynthetic pathway is favored under high nitrogen conditions.) In these plants with high levels of nitrogen, nutrients, water and sunlight, the products of vigorous photosynthesis are directed towards simple carbohydrate production, starch, and away from ascorbic acid. Hence the decline in vitamin C levels.

Beta-Carotene and Vitamin A

Because plants have adapted to maximally utilize, even in excessive amounts, the nutrients, water and sunlight available, some biosynthetic pathways are favored under conventional growing conditions. When plants have a surplus of energy and nutrients, the beta-carotene and vitamin A pathway is favorably upregulated. These are the same conditions that are unfavorable to vitamin C production. Benbrook et al.’s study reported that very consistently, vitamin A and carotenoids were found in higher quantities in conventional plants than in organic ones. In all compared cases, however, the differences were no greater than 10% more vitamin A/carotenoids in conventionally grown plants than in their organic counterparts.

Total protein is largely determined by available nitrogen in plant physiology. Nitrates are indicative of nitrogen supply, and higher amounts in plants are not desirable from a nutritional standpoint. According to the study, quantities of protein in conventional foods were found to be higher 85% of the time in the matched pairs of organic and conventional foods. Nitrates were found to be higher 83% of the time. The magnitude of difference between conventional and organic plant protein levels was moderate. In other words, while conventional produce clearly had higher amounts of protein, the difference was not more than 10% in any case.

Why are these moderately superior levels significant? The benefit of organic produce becomes stronger when viewed in contrast to nutrient decline in many crop species. USDA trend data on garden crops from 1950-1999 demonstrate a decline in protein, calcium, phosphorus, iron, vitamin A, riboflavin and vitamin C of between 5% and 35%. Similar declines are seen in both corn and soybeans – the feed for many animals in the American diet. Given these well-documented declines in addition to the nutritional deficiencies found in human testing samples, even moderately more nutrient-dense foods are a desirable addition to the American diet.

Sound, scientifically based conclusions about organic food consumption have been historically difficult to achieve. NDs frequently advise patients to choose organic foods to avoid chemical residues. Given this recent meta-analysis by Dr. Benbrook et al., there is credible evidence to direct patients to eat organic, plant-based foods because of greater nutrient density per calorie. Ounce per ounce, it seems as though organic foods can provide greater quantities of some nutrients. While this may be upsetting to the conventional food industry, or even simply be brushed off as cursory, further research is underway to look for more evidence of this exciting discovery. 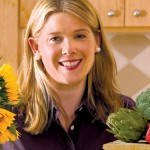 Laryn Callaway, ND is CEO of Organic Bistro Whole Life Meals. In response to patients’ needs for quick and super-nutritious menu options, she created these meals personally for taste, interesting ingredients and, most importantly, the best nutrition. Ingredients are USDA certified organic with natural poultry and wild seafood. Each recipe emphasizes whole grains, fiber, vegetables, healthy fats and lean protein. Portion sizes reflect American Dietetic Association recommendations for vegetables, grains and proteins. In association with the meals, Dr. Callaway has created a team of dietitians who present nutrition and wellness to local women’s shelters, celiac support groups and diabetes groups, among others. Dr. Callaway has lectured extensively on nutrition, preventive medicine and health, and has examined topics ranging from natural menopause treatments to anxiety and depression to irritable bowel syndrome. Additionally, she is in her 10th year as an organic home gardener and is committed to local, seasonal and sustainable agriculture. 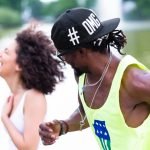 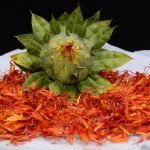