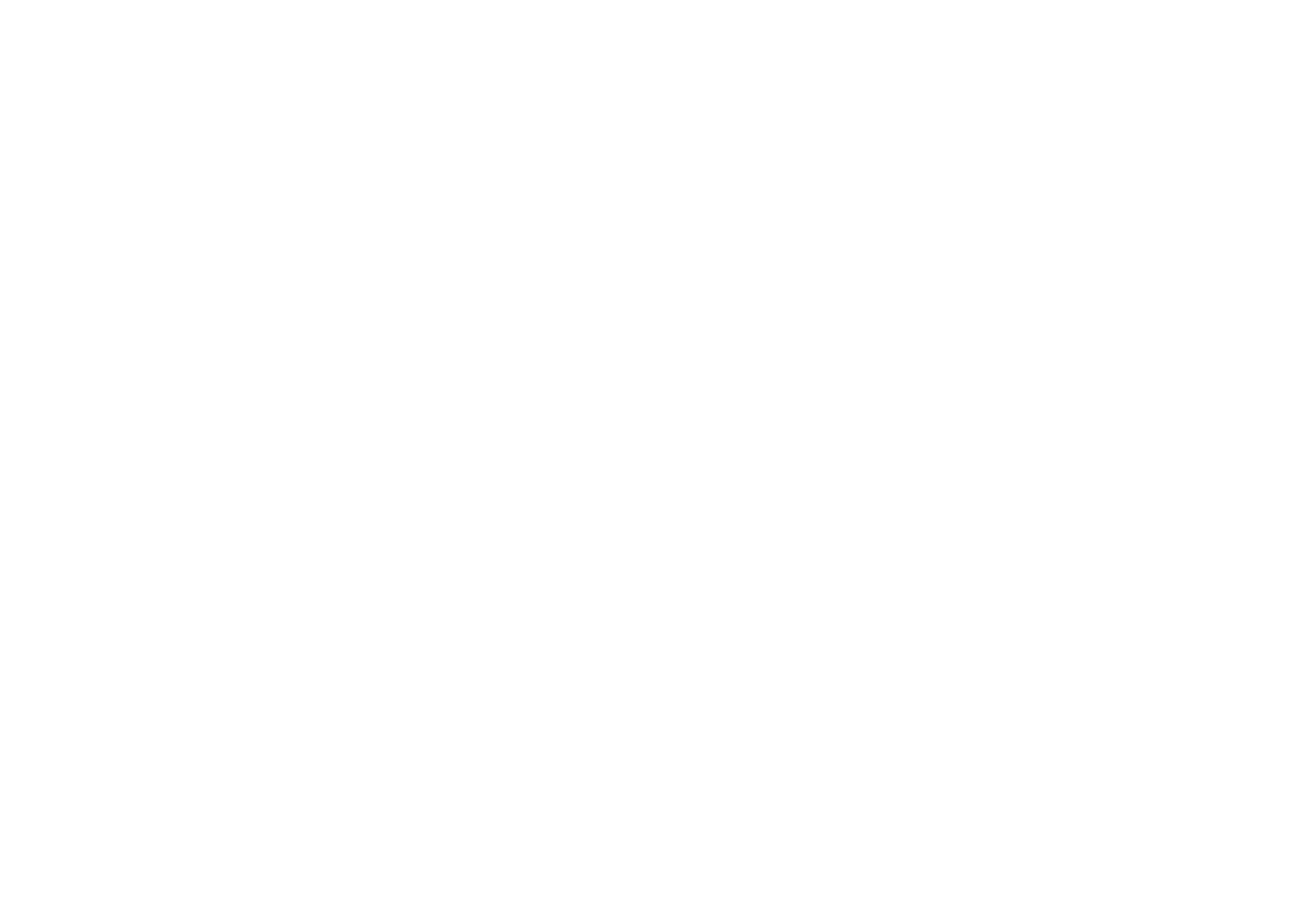 For some reason, I have seen a lot of diabetes lately. This past week I treated 3 people with diabetes and I discovered an elevated sugar in a fourth. I have a HbA1c device in my little office lab. I treat many people with blood sugar abnormalities, and it is just more convenient and useful to have that information easily available to me rather than to have to send my patients to a lab. I review blood glucose levels on all new patients, and I run an A1c when there are abnormalities. With this device, it costs about $8 to run an A1c. Unlike the common practice, I have often found it useful to test a patient’s A1c monthly as we work to improve blood sugar levels. For example, I recorded an A1c of 8.5% last month, and this week – since the patient has been implementing my protocols – it was 7.2. Clearly, we are on the right track.

Diabetes is a major problem in the United States. According to the Centers for Disease Control and Prevention (CDC), 34.2 million Americans – a staggering 10.5% of the population – have diabetes.1 Ninety to 95% of these individuals have what is commonly called “type 2” diabetes, ie, what is commonly thought of as non-insulin-dependent, adult-onset diabetes, usually due to insulin resistance. These descriptors, however, are now a bit inaccurate. Some of these people need insulin. And type 2 diabetes (DM2) can occur in children as well. In fact, there are more than these 2 types. (I strongly recommend that anyone interested in this subject read Mona Morstein’s book, Master Your Diabetes.) There is also LADA, or “latent autoimmune diabetes in adults,” a disease that usually presents as “type 2” but which slowly progresses to a need for insulin as an autoimmune process destroys intrinsic insulin production. And there is MODY, or “mature onset diabetes of the young.” While most sources list these 4 types, as I began to look into it, I identified over 60 classifications of diabetes, including at least 6 chromosomal abnormalities that cause diabetes.

From a clinical perspective, the task at hand is to help the patient normalize blood sugar as efficiently as possible, to maintain quality of life, and to prevent long-term damage. Uncontrolled diabetes can result in death from various causes, damage to the kidneys and eyes, amputation from circulatory degeneration in the limbs, and heart disease. To treat it effectively, one needs to determine the nature of the problem, at least in its simple terms, and provide adequate therapeutic support. In general, the beginning of therapeutic intervention is dietary.

There are 2 primary competing approaches to diet in type 1 diabetes (insulin-dependent). But there is controversy in treating type 2 with food as well. The standard approach is to eat what you want and take enough insulin to compensate. The second approach, which I favor, is to severely reduce your carbohydrate intake and thereby reduce your need for insulin. In my last submission, I wrote about my experiences treating diabetes on an Indian reservation. I will present some cases here to further this discussion.

In December of 2018, a 52-year-old man came to see me. He presented with 4 complaints: hypertension, elevated cholesterol, DM2, and dermatitis. He was taking amlodipine, hydrochlorothiazide, glipizide, metformin, alirocumab, lisinopril, and aspirin. He came in primarily because of his elevated blood pressure and cholesterol. His BP varied, ranging from 140-190 mm Hg systolic and 80-100 mm Hg diastolic. He was concerned about his total cholesterol level of 288 mg/dL because the statins he had been taking were causing leg pain that forced him to quit the drugs. His A1c was 7.6 and stable.

I treated him as I usually do, giving him a diet to improve digestion and reduce toxemia, with recommendations for low-carbohydrate eating, some nutrients to improve blood sugar metabolism, a bitter tonic for the stomach (Gentiana and Scutellaria), and daily constitutional hydrotherapy for 3 weeks.

He returned 4 weeks later, feeling better. He had adopted my recommendation to eat an egg-free, low-carbohydrate diet, and had lost 7 pounds. His skin was clearing, his sinuses were less congested, the cough he’d had was gone, and his blood pressure had improved. As he continued to follow my recommendations, he felt progressively better and no longer felt a need to continue with me.

He returned about a month ago after not seeing me for a year and a half. His A1c was 11.1. His blood pressure was up, but his cholesterol had dropped to 166 mg/dL. I reiterated the egg-free, low-carbohydrate diet, gave him some nutrients to help regulate blood sugar, and asked him to return in 1 month, which he did. I repeated the A1c, and it was down to 8.1. Again, most people repeat an A1c test no more frequently than every 3 months, given the nature of the test. But I find it useful, as in this case, to repeat it more often. We had seen a dramatic improvement with the nutrients, and especially the reinstitution of the low-carbohydrate diet. I will see him again in a month, and expect an even lower A1c.

Another patient this week was a man I have worked with in the past. I had not seen him professionally for several years. Two months ago he consulted me because of an infected toe. At that time, I discovered his A1c was over 14 – as high as my device reads – and I began intensely working on his sugar levels. I knew the infected toe was related to the diabetes. He told me he’d not been in for a while because he had been feeling good. This is one of the problems with diabetes; most people do not feel bad with high blood sugars that develop gradually. Because his toe did not hurt, he didn’t realize for a while that it was infected. This demonstrates the neuropathy that occurs with diabetes. When he discovered the infection, he came to me to help him heal it.

I treated the infection with homeopathy (Belladonna 30C alternating with Phytolacca 30C, one or the other every hour until improvement, then each twice daily in alternation until the infection cleared). I also bandaged it in “black salve” – not the cancer salve made with Sanguinaria, but the drawing salve made with ichthammol, a formula developed by Dr Otis Carroll. But I knew we had to get his sugars under control. He began applying my low-carbohydrate advice, but this didn’t have much effect. I had run tests for C-peptide and GAD-65 autoantibodies to determine the nature of the problem. He was making insulin, and there was no evidence of autoimmune attack on the pancreas. Finally, I started him on long-acting insulin, once daily. That was not enough.

He will need long-acting and bolus-dosing with meals, it appears.

This patient was another male, a 43-year-old, who came to me with significant pain from meralgia paresthetica. This is the condition in which the antero-lateral thigh, between the knee and the anterior superior iliac spine (ASIS), becomes numb and often very painful. The pain was keeping him from sleeping well. I treated him with acupuncture and made a cream for him containing Hypericum, to rub onto the source of the problem. I had seen this condition for many years before I knew it had a name. I learned that the cause is a compression and inflammation of the lateral cutaneous femoral nerve, where it passes under the inguinal ligament, near the ASIS. This can occur from trauma or other causes, and diabetes is often implicated. The pain was gone after the acupuncture treatment, which was very surprising to him, though the numbness remained. Because of the dramatic improvement, he asked to talk with me further.

He had been diagnosed with DM2 several months before and was put on metformin, which he hated because of the side effects, which made him feel like he had the flu all the time. He was told by his physician that no matter what he did, he was incurable and would eventually go blind and suffer amputations, and then it would kill him. He had been depressed for several months because of this, also because of the pain in his leg. In an attempt to improve his condition, he has been working intensely to lose weight (he had been at least 100 pounds overweight when this began). He had lost 45 pounds within the previous 2 months by adopting a modified “keto diet” and an intense exercise program, and he was intent on losing the rest. He asked me what I thought, especially whether I thought he could ever get off of the metformin. A few weeks prior, his doctor had wanted to double the dosage, but he had refused.

Metformin is a “biguanide” that decreases hepatic glucose production, reduces intestinal glucose absorption, and increases insulin sensitivity. The drug was a significant advance in the treatment of DM2. It was originally derived from the botanical, Galega officinalis, which contains galegine, a guanidine. Galega (goat’s rue) was used for centuries in the treatment of diabetes. Guanidine itself was too toxic for the treatment of diabetes, but the biguanides (2 linked guanidine rings) were shown to be effective and much less toxic. Metformin was approved for use in the United States in 1995 and has been a standard treatment for diabetes ever since.2

I ran an A1c on him, which came in at 7.9. Three months earlier, it had been 9.8. I explained that this was a significant drop. I told him that if he could get his A1c down below 7 – which seemed very possible given what we had just seen – I would expect none of these diabetic complications. The sequelae of diabetes are preventable with proper blood sugar management. If one can lower the A1c to 6 or below, one no longer has diabetes.

We also decided to try substituting Galega for the Metformin: 60 drops with meals. He called me the next day to tell me that he had no pain or numbness in the leg and that he slept well the night before. He also told me that his depression was lifting and that I had given him hope, for which he was deeply grateful.

In its 2020 guidelines, the American Diabetes Association states the following:

In other words, if we can attain and maintain an A1c that is between 6.0 and 7.0%, we can expect an absence of significant microvascular-related complications. It is microvascular disease that is responsible for the blindness, kidney disease, and infections/gangrene resulting in amputations that my patient was told to expect. He is nearing this optimal level, and I expect him to achieve it. As naturopathic physicians, we are well suited to manage these cases, and can generally expect to see substantial improvement in the long-term health of these patients.

This is why we do this work: to ease suffering, to reverse disease, to give hope. When we can do this, well, what is better than that? 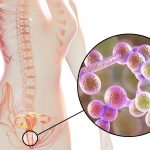