AD is one of the most common dermatologic conditions seen in clinical practice. It is associated with several well-recognized comorbidities: allergic rhinitis, asthma, and food allergies, along with increased rates of anxiety, depression, and suicidal ideation.1 Similar to psoriasis, AD has also recently been linked to cardiovascular disease, coronary artery disease, and hypertension.2Atopic dermatitis (AD) continues to increase in prevalence, affecting an estimated 17% of children in the United States. Less than half of AD patients have complete resolution by 7 years of age. In 30-40% of patients, this condition persists into adulthood. These statistics reflect poorly on the conventional standard-of-care therapies, which fail to address the root cause of this condition and therefore cannot cure AD. This review describes treatment considerations that address the underlying cause, which is essential for optimal treatment success and patient satisfaction.

Without an understanding of the complex and multifactorial pathogenesis of AD, treatment can be difficult, lengthy, and often unsatisfactory. In 2006, the growing list of contributing factors for this condition expanded when a loss-of-function mutation in genes coding for filaggrin (FLG) was identified. FLG is a protein that facilitates the aggregation of keratin filaments supporting the barrier between the skin and the outside world. When the structural integrity of the outermost skin layer is compromised, as in those with a FLG mutation, pathogens, allergens, and toxins are able to pass through the hyperpermeable stratum corneum, creating chronic inflammation.

When pathogens and allergens enter through the defective skin barrier, they set in motion an initial cellular (Th1) response and production of inflammatory cytokines such as interleukin-1 (IL-1) and tumor necrosis factor-beta (TNFβ). Acute inflammation coupled with trans-epidermal water loss (TEWL) compromises the skin’s functional capacity as a protective barrier. Over time, there is a shift to a Th2 immunophenotype. Basophils, monocytes, eosinophils, and numerous cytokines propagate further inflammation and pruritis.3

The prevalence of FLG mutations is significant. An estimated 15% of AD cases are attributable to 30 or more FLG mutations. If born with 1 FLG mutation, the risk of AD is 40-50%.4 However, half of AD patients do not carry this mutation. Many other non-genetic risk factors have been implicated in AD, contributing to the complexity of this condition. FLG mutations are not relevant in treatment decision-making, and therefore genetic testing is not typically done.

Ultraviolet light facilitates the conversion of the FLG breakdown product, trans-urocanic acid, into cis-uronic acid, which is an immunosuppressive isotype that tames the inflammatory response. When urban versus rural living was analyzed, disease burden was shown to be higher in cities when compared to rural dwellers.5 This is likely due to the detrimental effects of urbanization, such as traffic-related air pollution (NO2 and CO) and tobacco smoke.6 Household irritants, such as soaps, detergents, phthalates, dust mites, and even water hardness, all reduce natural moisturizing factors in the skin, increase the skin pH, and activate antigen-presenting cells in the epidermis. This leads to allergic sensitization, disease flares, and increases the risk of developing other atopic diseases.

A standard American diet (SAD), obesity, and lack of exercise all play significant roles in most disease states, and this holds true in AD. A consistent protective effect for AD is found when patients consume fresh fruits, vegetables, and fish, whereas fast food consumption consistently shows the opposite.7,8 The SAD diet is lacking in anti-inflammatory ω-3 polyunsaturated fatty acids and is high in pro-inflammatory ω-6 fatty acids.9

Gastrointestinal health and function are compromised by broad-spectrum antibiotic exposure. There is a remarkable 41% overall increased risk of developing AD in those who received at least 1 course of antibiotics in early life, and an additional 7% risk increase with each antibiotic course thereafter.10 There is no conclusive evidence that viral or bacterial pathogens themselves influence AD risk, with 1 exception: children with a history of chickenpox have a 50% lower chance of developing AD.11 Furthermore, there is again no definitive evidence that routine childhood vaccinations contribute to the risk of AD. These findings support the known conclusion that reduced diversity in gut flora is problematic, as it heightens the immune response to allergens.12

The complex interplay between genetic, environmental, and immunologic factors poses a challenge to practitioners who treat AD. With the discovery of FLG, we now have an improved understanding of the barrier dysfunction underlying AD, which has led to better clinical outcomes, as the expression of AD is dependent on gene-environment interactions and epigenetic influences.13

Another important environmental factor contributing to the immune dysfunction observed in AD is the triggering of thymic stromal lymphopoietin (TSLP) by phthalate exposure. TSLP is an IL-7-like cytokine secreted by barrier-defective skin. High levels of TSLP are found in skin biopsies from AD lesions. TSLP, in turn, triggers Th2 commitment.14,15

Environmental exposure to phthalates may be a significant contributing factor to the rising incidence of AD. Women with high urinary levels of phthalates during pregnancy confer an increased risk of AD to their children. Children with AD have higher levels of urinary phthalates.16 The typical Western infant diet contains twice as many phthalates as considered safe (20 µg/kg body weight) by the US Environmental Protection Agency.17 Sources of phthalate exposure include red meat, poultry, high-fat dairy products, cooking oils, and margarine; contamination by packaging of meat, poultry, and fish; chicken feed; and the warming of food in plastic containers. Phthalates are also prevalent in plastic toys, creams and lotions used by most women for personal care, and in house dust tracked into the home on the soles of footwear.18

Helicobacter pylori is another promoter of TSLP by gastric epithelial cells, and induces dendritic cell-mediated, inflammatory Th2 responses. H pylori IgG antibodies are positive in up to 70% of AD patients.19 Successful treatment of infection, as demonstrated by reductions in the C-urea breath test and anti-H pylori antibody titers, resulted in partial improvement in patients with atopic dermatitis.20 It should be noted that elevated antibody titers persist long after H pylori eradication, hence a breath test is the preferred method of testing for both presence and eradication of H pylori.

A defective skin barrier and increased intestinal permeability facilitate allergen sensitization.21 Avoidance of highly allergenic foods during infancy may prevent allergen sensitization and reduce severity of AD and food allergies.22 Clinically relevant food sensitivities can be identified via skin prick, serum IgE and IgG4 tests, and/or food challenges, and appropriate dietary restrictions can then be initiated. In children, the most common foods that aggravate AD are cow’s milk products, eggs, peanuts, wheat, soy, and fish.23

Suboptimal and deficient vitamin D is also a recognized risk factor in AD.24 Children of mothers with low levels of vitamin D during pregnancy are at higher risk of AD. Infants with the lowest levels of vitamin D at birth have the highest risk of developing AD by age 5.25 Every 4 ng/mL increase in vitamin D levels in newborns is associated with a 13% lower risk of developing eczema.26 Both children and adults with AD are more likely to have low levels of vitamin D.27 Lower vitamin D levels are associated with more severe AD symptoms.27 People who have AD and low levels of vitamin D are more likely to get skin infections.28 Vitamin D supplementation increases antimicrobial proteins in the skin, which destroy pathogens, reduce inflammatory cytokines, and improve barrier function. Supplementation with 10 000 IU per day of vitamin D3 has been found to be a safe and effective strategy to raise serum 25-hydroxyvitamin D (25OHD) to a target level of 60-65 ng/dL. Once achieved, this level should be maintained with a lower dose, eg, 2000 IU daily.29

Linoleic acid (LA) and its derivatives (ω-6) play a central role in the structure and function of the stratum corneum permeability barrier. LA is the most abundant fatty acid in the epidermis. Importantly, it is also the precursor to ceramides, a major component of the extracellular lipid matrix that forms the stratum corneum permeability barrier (SCPB). The 3 components of the SCPB are the extracellular lipid matrix, the cornified envelope, and dense keratin fibrils aggregated by filaggrin. The extracellular lipid matrix is composed of 50% ceramides, 25% cholesterol, and 15% free fatty acids.31 Results of studies of ω-6 supplementation in AD have been conflicting and confusing. The most recent meta-analysis on this issue concluded that evening primrose oil is effective in a subset of patients with AD and elevated IgE levels.32

Derivatives of α-linolenic acid (ALA) can modulate the immune response of the epidermis by influencing T lymphocytes, acting on toll-like receptors (TLRs), and activating caspase cascades that influence the inflammation of AD.

The omega-3 fatty acids (ω-3s) are ligands for an important class of transcription factors, the peroxisome proliferator-activated receptors (PPARs), which are important in epidermal inflammation, immune regulation, and skin barrier homeostasis. Docosahexaenoic acid (DHA) and eicosapentaenoic acid (EPA) are not major constituents of the epidermis, which is likely a reflection of insufficient dietary consumption. Unlike LA, which plays a major structural role in the epidermis and SCPB, ω-3 fatty acids appear to play an immune-modulating role. EPA has been shown to reduce the expression of intercellular adhesion molecule-1, reduce T-lymphocyte proliferation, and dampen delayed-type hypersensitivity.33 Many studies have shown that breastfeeding has a protective effect on the development of AD. An increased incidence of AD was observed in infants consuming breast milk rich in saturated fat and diminished ω-3 fats, likely a reflection of maternal nutrition.34 The recognition of the importance of DHA and EPA in early life has led the US Food and Drug Administration to include the long-chain fatty acids, DHA and arachidonic acid in infant formulas. A controlled trial of DHA of 5.4 grams daily for 8 weeks in adults with AD resulted in significant improvement, both clinically and in serum biomarkers.35

AD is often associated with emotional distress, insomnia, and significant discomfort; therefore, palliative therapy is often requested and employed. It is important to use a ceramide-containing emollient while treating the underlying cause. The goal of barrier therapy is to decrease symptoms of erythema and pruritis for the patient, while reducing TEWL, inflammation, downregulating protease activity, and improving the integrity of the skin barrier. Two trials have shown that daily application of moisturizer during the first 32 weeks of life reduces the risk of AD in infants.36

An excellent barrier repair and anti-inflammatory cream is available that consists of ceramides and herbal extracts of Rheum palmatum, Scutellaria baicalensis, Cnidium monnieri, and dipotassium glycyrrhizinate.

An assessment of anti-inflammatory, anti-allergic, anti-microbial, anti-pruritic, and barrier repair effects in the skin of 20 volunteers with atopic dermatitis symptoms following treatment with this product for 3 weeks revealed the following findings37:

Sleep is a reliable measurement of AD severity and treatment efficacy. Wet wraps applied at bedtime are an effective intervention for enhancing the benefit of topical therapy for AD. The largest study to date of WWT for pediatric patients with moderate-to-severe AD employed a validated outcomes tool.38 Systemic immunosuppressive therapy was not required in any of the patients, and only 31% of them were treated with an oral antibiotic. This study demonstrated the benefit of incorporating WWT as an acute intervention in a supervised multidisciplinary AD treatment program, with lasting benefit 1 month after discontinuing this intervention.38

With a family history of atopy in either parent, a pregnant mother should supplement with the following: 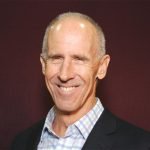 Michael Traub, ND, DHANP, FABNO, is a graduate of the University of California, Irvine. He graduated from NCNM in 1981, and completed a residency there in family practice and homeopathy. Dr Traub was recognized for his many years of service in the AANP, including President from 2001-2003; he was honored with the Physician of the Year Award in 2006. His father was a dermatologist, he has practiced with dermatologists and allergists, and has taught dermatology at 5 of the 7 accredited naturopathic medical schools in North America. He is the author of the textbook, Essentials of Dermatologic Diagnosis and Integrative Therapeutics. 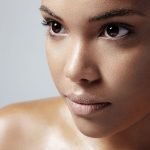 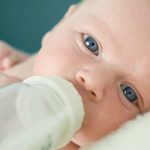