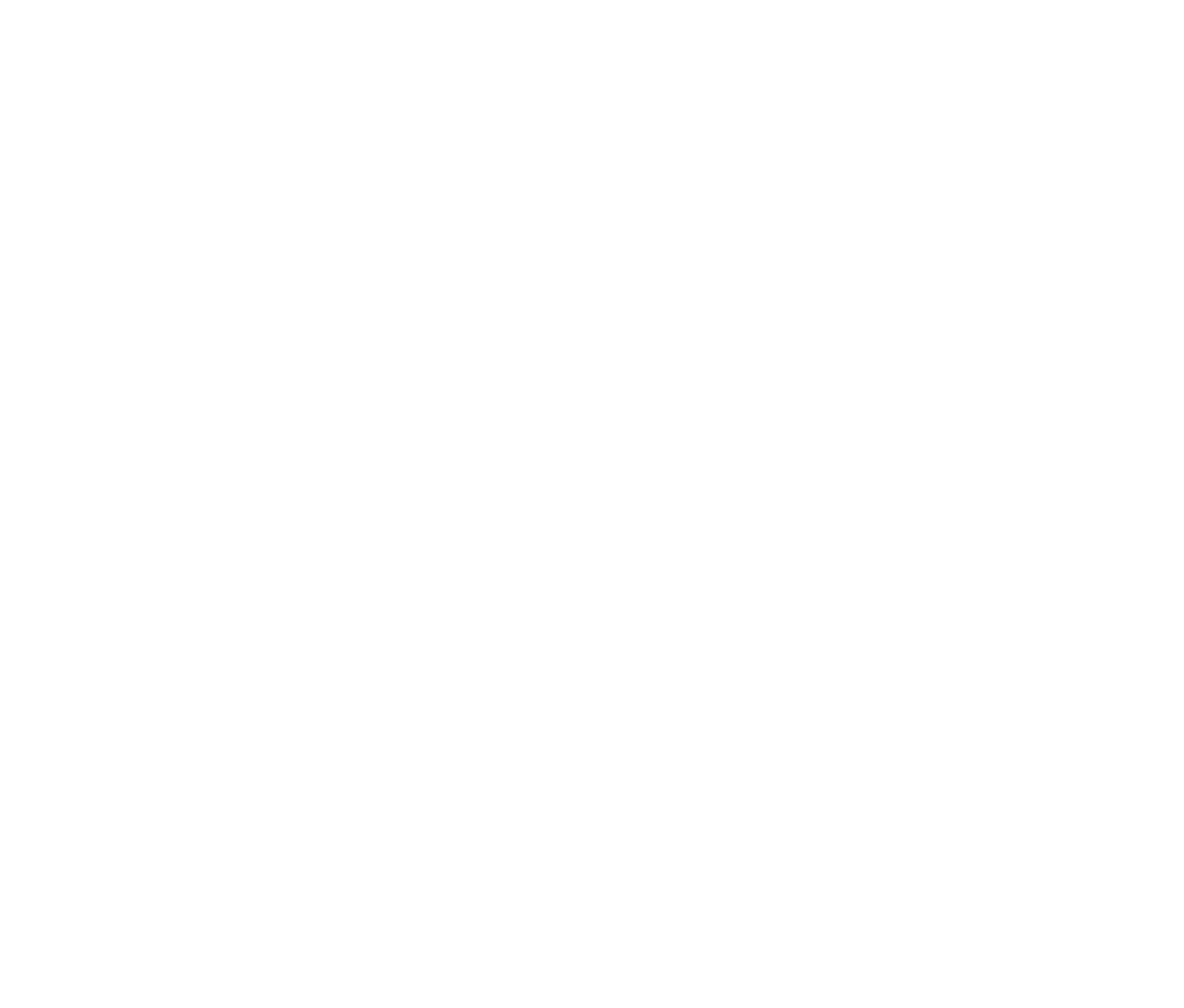 A Whole-Foods Diet for Cardiovascular Disease: Prevention and Treatment

This discussion will focus on the use of diet for the prevention and treatment of cardiovascular disease (CVD). Where possible, diet will be defined as whole foods, but specific supplements and processed postexercise recovery products may be used as food. Exercise, infection elimination, control of high ferritin levels, and beneficial lifestyle implementations are important for CVD prevention and treatment; they will not be covered herein.

Definition of food:
a : material consisting essentially of protein, carbohydrate, and fat used in the body of an organism to sustain growth, repair, and vital processes and to furnish energy

b : something that nourishes, sustains, or supplies
-Merriam-Webster’s Collegiate Dictionary, 11th ed

Cardiovascular disease, or atherosclerosis, is principally an inflammatory disease caused by poor dietary choices, infections, and metabolic dysregulation such as diabetes mellitus, obesity, and lack of consistent exercise.1 It is not caused by high low-density lipoprotein cholesterol (LDL-C) level per se but by the body’s biochemical reactions to the fires of inflammation. The past 60 years have seen the focus for CVD firmly anchored on lipids because, when large numbers of people are observed, those with higher LDL-C levels experience higher rates of CVD. This is known as the lipid hypothesis because it concerns the role of lipids in the blood and their effect on CVD. The term was first used by Ahrens2 in an article published in 1976. However, too little attention has been paid to the adverse effects of carbohydrates. Inflammation is fueled by high blood glucose (BG) levels, excessive concentrations of triglycerides derived from the overconsumption of high-glycemic carbohydrates, and the use of oxidized (rancid) polyunsaturated oils as food. These conditions lead to the oversynthesis of LDL particles (LDL-Ps), or small dense LDL, and to low concentrations of high-density lipoprotein cholesterol (HDL-C). Small dense LDL-Ps are much more susceptible to oxidation and accumulation in arterial plaques than large buoyant LDL.

How Much Testing Do You Really Need To Do?

It is useful to have a measurement of coronary artery (atherosclerotic) plaque to estimate risk and to monitor the effectiveness of interventions to arrest plaque increases. Currently, the most reliable methods for measuring plaque are the fast computed tomographic (CT) scan or the coronary artery calcium (CAC) score by ultrafast electron beam tomography or multidetector CT scanner; these fast CT machines complete a scan in 10 to 40 seconds. In 1995, Rumberger and colleagues found that calcium deposits consistently represented 20% of plaque volume, enabling an accurate estimate of total plaque volume within the arteries.3 Coronary artery calcium scans may be performed yearly: increasing scores imply growing active plaque that is more liable to rupture (vulnerable plaque) and form an embolus, whereas stable or decreasing scores imply inactive plaque that is at lower risk of rupture.4

Some comprehensive CVD test panels are available from reputable laboratories. Tests should be used that reliably reflect specific modifiable risk factors, and they should be reasonably priced and locally available. If no significant clinical improvement is seen in a patient’s symptoms after 6 months of treatment and normalization of the basic CVD risk markers, then expand the testing to the more comprehensive panels. A 2012 article5 suggested that using the commonly available ratio of total cholesterol to HDL-C was a useful alternative to advanced lipid testing; the authors showed that meeting a target ratio of less than 3 identified patients meeting the secondary prevention target LDL-P level of less than 1000 nmol/L.

Important Concepts of the Base Diet for CVD

Calories count. Daily caloric intake should be correlated with the patient’s ideal body weight. An easy-to-use calculator is available at http://www.halls.md/ideal-weight/body.htm. Until the patient reaches his or her ideal body weight goal, a daily deficit of 500 to 700 calories needs to be maintained to assure consistent weight loss. Another calorie calculator at http://www.freedieting.com/tools/calorie_calculator.htm is good because it allows the input of body measurements and physical activity levels. As body weight decreases, it is often the proinflammatory abdominal fat that is eliminated first.

The Paleolithic diet may be a useful starting template for CVD because many foods associated with the condition are eliminated (eg, refined dairy products, margarine, industrial seed oils, refined sugar, and cereal grains).6 In a 3-month study,7 the Paleolithic diet demonstrated beneficial effects on cardiovascular risk factors.

The recommended daily protein intake for CVD prevention is 0.5 to 0.7 g/lb of body weight; this would be considered a moderate-protein diet.8 The Institute of Medicine recommends 0.36 g/lb (0.80 g/kg) as the daily dietary reference intake for adult men and women; this is the minimum intake that prevents body protein catabolism in most people.9

A study by Layman et al8 found that a moderate-protein diet was more effective for fat mass loss and beneficial changes in blood lipids than a conventional high-carbohydrate diet after a 4-month weight loss phase, followed by an 8-month maintenance phase. Layman and colleagues considered 0.73 g/lb (1.6 g/kg) daily a moderate protein level. Proteins aid weight loss and lipoprotein normalization because they are more satiating and have fewer detrimental effects on postprandial BG levels than an isocaloric quantity of carbohydrates.

Dietary carbohydrate intake has a major influence on the development of CVD via 2 principal mechanisms resulting from high BG levels, namely, oxidation and glycation. Oxidative stress increases inflammation. Three major studies10-12 examined the relationship between fasting BG levels and CVD. Considering the results of all 3 studies, the lowest all-cause mortality risk correlates with a fasting BG range of 80 to 89 mg/dL. Glycated hemoglobin levels are useful to follow the average BG levels over the preceding 3 months (more accurately, the preceding 6 weeks); a good target range for patients with CVD is 5.0% to 5.5%. The fasting BG level shows a U-shaped mortality curve similar to that seen in the Figure, demonstrating that toxic effects start rising rapidly at about 140 mg/dL and that hypoglycemia starts causing significant health issues at around 60 mg/dL.

Postprandial glucose level increases can be especially damaging because of the high BG levels generated. A 2006 study13 in JAMA noted that glucose fluctuation during postprandial periods and, more generally, during glucose swings exhibited a more specific triggering effect on oxidative stress than chronic sustained hyperglycemia. Unlike the U-shaped mortality curve described for the fasting BG level, the postload (postprandial) relationship between BG levels and CVD mortality risk is linear (eg, higher BG levels were directly related to increased risk).14 Notably, all-cause, cardiovascular, and respiratory mortality rates were elevated among participants with glucose intolerance in that study. It is suggested that postprandial glucose swings should be limited to an upper limit of 140 mg/dL to avoid increased risk for CVD.15 Patients adjusting their diet to minimize CVD risk should be advised to check their postprandial BG level at 1½ hours using a glucometer and should be informed that a good target BG level is 130 mg/dL.16 The Nurses’ Health Study concluded that diets lower in carbohydrates and higher in proteins and fats were not associated with increased risk for coronary heart disease in women.17

Dietary fats are the most controversial macronutrient regarding their influence on CVD. Part of the confusion arises because of the massive investment the pharmaceutical industry has made in support of the lipid hypothesis. Statin drugs are prescribed to more than 20 million Americans a year, at a cost of more than $14 billion in 2011, according to the research firm IMS Health.18 Influential organizations such as the American Heart Association19 are still recommending canola, corn, and safflower oils in place of solid fats as part of their heart healthy diets. The commercial versions of these oils are extensively refined and contribute to the relative omega-6 fatty acid excess that is typical of the American diet. The fatty acid distributions in these oils are as follows: canola (21% omega-6 and 11% omega-3), soybean (54% omega-6 and 8% omega-3), corn (57% omega-6 and 1% omega-3), and safflower (76% omega-6 and 0% omega-3).20

Six trials21-26 published between 1965 and 1989 examined the effects of polyunsaturated vegetable oils (also known as polyunsaturated fatty acids [PUFAs]) on CVD, and none indicated that replacing traditional animal fats with PUFAs lowered mortality. Results of the studies suggested that this substitution increased the risk for cancer after 5 years and may heighten the risk for heart disease as well. Much of the historical concern about the contribution of saturated fats to CVD was caused by the conflation of industrial processed trans–fatty acid effects with the physiological effects of saturated fatty acids.27

Shortly after publication of the Coronary Primary Prevention Trial28 results, Steinbrecher et al29 published an article in the Proceedings of the National Academy of Sciences demonstrating that oxidation of LDL-Ps was dependent on oxidation of PUFAs, which proponents of the diet-heart hypothesis are telling us to eat. Chisolm and Steinberg30 had already provided data strongly suggesting that the concentration of cholesterol in the blood has little or nothing to do with the risk for heart disease, while oxidative degeneration of LDL-Ps has much to do with it. Multiple investigations have suggested that the concentration of nonoxidized LDL in circulation has no effect on the formation of atherosclerotic plaque, while the oxidation of PUFAs in the LDL membrane promotes atherosclerosis.

What About Saturated Fats and CVD?

Dreon et al35 demonstrated that lowering saturated fat intake and raising carbohydrate intake increases LDL-Ps and significantly heightens the risk for CVD. In that study, participants who ate the most saturated fats had decreased LDL-Ps and increased large buoyant LDL. In a follow-up article, Dreon and colleagues noted: “In summary, the present study showed that changes in dietary saturated fat are associated with changes in LDL subclasses in healthy men. An increase in saturated fat, and in particular, myristic acid [as well as palmitic acid], was associated with increases in larger LDL particles (and decreases in smaller LDL particles). LDL particle diameter and peak flotation rate [density] were also positively associated with saturated fat, indicating shifts in LDL-particle distribution toward larger, cholesterol-enriched LDL.”36(p833)

The recommended diet for CVD prevention and treatment is anti-inflammatory and composed of whole foods such as meats, vegetables, and so-called safe carbohydrates as defined by Jaminet and Jaminet.37 The safe carbohydrates include sweet potatoes, yams, white rice, taro, tapioca, and properly stored and prepared potatoes (store potatoes in a dark and cool location and discard any with discoloration). Starches that are most likely safe include quinoa, buckwheat, and amaranth. The gluten-containing grains are eliminated because of possibly harmful proteins, lectins, and phytates. Vegetables should be the primary carbohydrate source, with the safe carbohydrates added in quantities sufficient to support physical activity levels without causing weight gain or high postprandial BG levels. The total caloric content of the diet needs to be formulated so that patients meet ideal body weight and body fat goals.

Cooking should be done at low temperatures to avoid damaging PUFAs and proteins. Avoid genetically modified foods. Proteins should be consumed with each meal, and protein snacks such as nuts are encouraged.38 Good protein sources include grass-fed animal meats, wild game, organic fowl, sustainably harvested wild fish, organic eggs, and nuts. Fats used in cooking should have oxidative stability (eg, higher natural saturation of the fatty acid content is more stable). The best oil for cooking is coconut; good but less stable oils include palm, suet, lard, and butter. The fatty acid profiles of suet (beef) and lard (pig) are similar: 38% to 43% saturated fatty acids, 47% to 50% monounsaturated fatty acids, and 6% to 10% PUFAs.39 Hence, the admonition is given to cook at low temperatures. 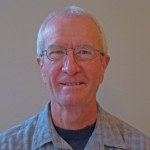 Dan Carter, ND graduated from National College of Naturopathic Medicine (NCNM) and completed a 2-year family practice residency. He was appointed to a full-time faculty position in 1997 and served as a core faculty member through 2003. He has been in private practice in Bozeman, Montana, since 2004 and is currently offering expert consulting services focusing on cardiovascular disease, metabolic syndrome, hormone restoration, and IV nutrient therapies. He is a cofounder of IV Nutritional Therapy for Physicians, an organization teaching intravenous therapy workshops, since 2001. Dr Carter’s website can be accessed at www.DrCarterConsults.com. 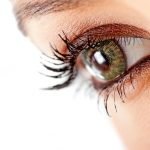 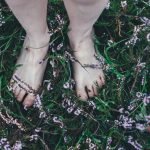 The Benefits of Reconnecting With the EarthCardiopulmonary Medicine