In a recent study, exposure of mothers to Bisphenol A (BPA), a chemical commonly used in plastic packaging and the inside lining of metal cans, during pregnancy and breast feeding resulted in increased levels in offspring.1 The offspring of the mothers exposed to BPA during pregnancy also had less varied gut bacteria and an increase in intestinal inflammation and permeability – “leaky gut.” The research model used rabbits for their long gestation period compared to rodents.

BPA has become a ubiquitous substance in the modern world. It is used in the production of certain polycarbonate plastics, and as an inside lining on metal cans to keep the metal from corroding. It has been crusaded against by the health food sector and many products have discontinued using it – whether alternative products are just as bad is another question, that we won’t get into. It is estimated that over 90 percent of the US population has BPA in their tissue. The EPA has set “tolerable daily intake”  (TDI) for BPA of 50 micrograms of BPA per kilogram of body weight, however new studies suggest that common daily exposure is closer to 450 micrograms per day.

In the study, offspring were not directly exposed to BPA, but received exposure through the placenta and breast milk. The exposure was roughly 200 micrograms of BPA per kilogram of body weight each day from day 15 of gestation to 7 days after birth. Tissue samples of the offspring were then analyzed for exposure. The indirect exposure was directly correlated with changes in gut flora, and intestinal inflammation. Anti-inflammatory metabolites were also significantly diminished.

The researchers discussed how resultant changes in gut flora such as seen in the study is similar to those seen in chronic diseases like type 2 diabetes, and certain autoimmune conditions; conditions which have been noted to have a correlation with certain bacterial changes in the gut as well as increased inflammation. A key question that the research team is now asking is how this exposure to BPA could be potentially affecting a predisposition to developing food allergies due to the increase in gut permeability. Such an increase in gut permeability suggests an immune system that is not functioning optimally, and could be leading to a sensitization to foods during this early phase of immune development. 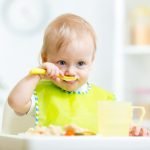 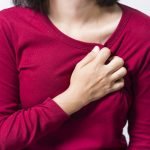