It has been just over a century since Ellerman and Bang first demonstrated that transmissible viruses can cause cancer when they linked what later proved to be an avian retrovirus to leukemia.1 Since that time the idea that cancer is of viral origin has come in and out of favor. There have been periods when it was believed that all cancers were caused by viral infections and other periods when the theory was completely discounted. Currently it is believed that certain viruses can trigger certain cancers.

Viral-associated cancers are a fascinating aspect of oncology. These viruses exhibit many aspects of the genetic expression we expect from abnormally proliferating cancer cells. When we delve deep into the mechanisms of viral-associated cancer, we discover that viruses are not only involved in cancer initiation, but that viral products also have a direct effect on tumor suppressor genes and cancer promoters, thereby affecting cancer promotion. This brings us to an interesting question: Is treating the responsible virus a valid treatment strategy for an already established cancer? Or are we merely closing the barn door after the horses have escaped?

A paper published in 2005 by Shiratori and colleagues in an issue of the Annals of Internal Medicine may have answered this question.2 Shiratori’s study shows us that treating hepatitis C with interferon therapy inhibited development of hepatocellular carcinoma and improved survival of hepatocellular carcinoma patients.2 This study may pave the way for a new paradigm in viral associated cancer treatment strategies. In this article, mechanisms for tumorigenesis, known human tumor viruses, co-factors to viral associated cancer development and treatment strategies are discussed. In effect, Shiratori tells us that it does help to close the barn door. Viruses contribute to approximately 15% of worldwide cancer incidence.3 Viral genetic products affect cell proliferation via common pathways such as cyclin-dependent entry into active cell cycles and inhibition of tumor suppressor genes. Most viruses associated with cancer initiation are common, however only a small percentage of people infected with these viruses develop cancer, indicating there are co-factors necessary in cancer development besides viral infection. Unregulated viral expression not only contributes to cancer development, but also affects cancer promotion. By understanding the mechanisms and co-factors of virus-associated cancer initiation and cancer promotion, naturopathic strategies for prevention and co-treatment can be developed.

Only one RNA retrovirus is known to be associated with direct human cancer development—human T-cell leukemia virus type I (HTLV-I). Human immunodeficiency virus (HIV) is also a retrovirus but promotes cancer development indirectly through immunosuppression. Retroviruses incorporate genetic expression into the host cell via reverse transcription. The viral RNA is transcribed into a double-stranded DNA copy that is incorporated into the host DNA with assistance from the viral integrase enzyme. This step leads to an irreversible inclusion of the viral genome into the host cell. This viral genome can be incorporated at various locations within the host DNA and can activate proto-oncogenes such as genes involved with mitogenic signaling and growth control, including protein kinases, growth factor receptors, growth factors, and transcriptional factors. It is evident that an unregulated viral load increases the likelihood of viral genome incorporation into areas within host DNA that affect cell cycle regulation.3

Approximately 200 genotypes of HPV have been identified. Most strains of HPV infect the squamous epithelial lining of the skin only. A subset of HPV strains are termed “high-risk” and infect the stratified squamous epithelium lining of the anogenital tract and oral cavity. Of all cervical cancers, 99% are associated with high-risk HPV strains; 85% of these cancers are associated with HPV-16 and HPV-18. High-risk HPV is also associated with anogenital cancers and squamous cell carcinomas of the head and neck, particularly of the oropharynx. High-risk HPV encodes for viral oncoproteins E6 and E7 which inhibit tumor suppressor genes p53 and pRb.

Hepatitis B and C Virus (HBV/HCV)

Hepatocellular carcinoma (HCC) is the 5th to 6th most common cancer worldwide. Hepatitis B virus (HBV) is thought to account for 50%-70% of HCC, while hepatitis C virus (HCV) is associated with a 20-fold risk of developing HCC and is thought to account for the remaining HCC incidence. HCC incidence is 3 times higher in developing countries where it is thought to be secondary to higher incidences of viral infection and exposure to aflatoxins. Other contributing factors include marked liver cirrhosis. HBV/HCV generate the viral gene product pX which inhibits tumor suppressor gene p53.

EBV is linked to one-third to one-half of Burkitt’s lymphoma cases. Increased risk of EBV-associated Burkitt’s lymphoma is seen with malarial infection and status post transplant, both thought to increase cancer development via immunological effects. EBV infects host B-cells, inducing and maintaining proliferation and survival of B lymphocytes. EBV expresses multiple viral genes which contribute to B-cell proliferation and can be detected by cytotoxic T-cells. Failure of a robust immunologic response to EBV infection can leave the host with retained B lymphocytes that express these proliferative genes.

HTLV-I is the only known RNA retrovirus accepted as being oncogenic in humans and can lead to adult T-cell  leukemia/lymphoma (ATLL), a cancer of CD-4+ T-cells. HTLV-I is particularly prevalent in southern Japan, the Caribbean and West Central Africa. Approximately 5% of HTLV-I positive carriers will develop ATLL. Family clusters of ATLL are prevalent in these areas and are thought to be related to semen and breast milk transmittal. HTLV-I produces a viral oncoprotein called Tax that affects transcription via NF-kB and inhibits tumor suppressor gene products. Tax binds and inhibits p16 which binds cyclindependent kinase 4, resulting in increased promotion from resting cell cycle to the proliferative phase. Tax also inhibits transcriptional activity of tumor suppressor gene p53, which is involved in apoptosis of abnormal cells.

Kaposi’s sarcoma associated-herpesvirus (KSHV) is linked to Kaposi’s sarcoma, especially in the immunocompromised state related to HIV-AIDS. KSHV is also associated with primary effusion lymphoma (PEL). This virus encodes its own cyclin that binds cyclin-dependent kinases (CDKs), thereby promoting progression through the cell cycle. KSHV also encodes its own viral Bcl-2, an inhibitor of apoptosis.4

Viral infection does not necessarily lead to cancer development. In fact, many cancer causing viruses are common in human populations while associated cancer incidence is low. For example, infection with Epstein-Barr virus affects approximately 90% of the human population, however development of associated Burkitt’s lymphoma is rare. Increased cancer risk is related to co-factors that are discussed below.

Burkitt’s lymphoma is found in higher incidence in equatorial Africa corresponding to an area with endemic malarial infection, which is thought to have an effect related to immune system compromise. HTLV-1 associated ATLL development is most common in immunocompromised individuals suffering from HIV-associated acquired immunodeficiency syndrome (AIDS). HIV-AIDS is also related to development of KSHV.

Most viral-associated cancers have long latency periods, usually requiring 15-50 years between primary infection and tumor development. Long periods of viral infection increase likelihood of cancer development due to increased exposure to the host genome. Age of initial infection becomes an important risk factor to discuss with patients. While most cancer-associated viruses are transmitted via sexual fluid and/or blood, some can be transmitted via saliva (EBV) or breast milk (HTLV-I). Discussion of sexual history, drug use, and family medical history can lead to important clues to determine risk.

Cancer prevention can begin with prevention of viral infection via lifestyle modifications and/or vaccine treatment such as for prevention of HPV infection. Cancer prevention using appropriate strategies listed below can be focused on patients with known tumor-causing viral infections. Special attention should be given to patients in immunocompromised states, including patients with primary immunodeficiency disorders and secondary immunodeficiency related to malnutrition, chemotherapy or long-term immunosuppressive pharmaceuticals for organ transplantation, and/or autoimmune disease. Particular attention should also be given to patients with known early onset of viral infection and known exposure to dietary carcinogens such as aflatoxin and nitrosamines.

In a human trial involving patients with HPV-infected cervical lesions (chronic cervicitis, mild dysplasia, moderate dysplasia and severe dysplasia), green tea extracts were applied topically to cervical tissue and given orally (200 mg of EGCG or polyphenon E). There were 59 study patients who were compared to 39 control patients. Of 59 patients treated, 35 patients (69%) showed a response to therapy, versus 4 of 39 control patients (10%) (P<0.05) showing a response.7 Naturopathic therapies such as green tea polyphenols can affect pathways of cell proliferation and apoptosis and can be helpful for virus-associated cancer prevention and co-treatment.

Data is scarce but it is a reasonable assumption that a variety of naturopathic therapies that have an antiviral effect may prove useful in treating other types of viral-related cancers. Accepted naturopathic therapies employed to treat cancer may also work in part by limiting viruses. For example, curcumin protects against and limits the spread of Japanese encephalitis.8 No doubt other examples will surface over time. In the meantime, just try to remember, close the barn door, even if the horse is gone.

The Oncology Association of Naturopathic Physicians (OncANP) was founded in 2004 to enhance the quality of life of people living with cancer through both increasing the collaboration between NDs working with patients with cancer and integrating naturopathic practice into medical oncology care. With its co-organization, the American Board of Naturopathic Oncology (ABNO), the OncANP has set standards, instituted testing and now credentials Fellows in Naturopathic Oncology. The OncANP welcomes all NDs interested in improving their knowledge and ability to work with oncology patients. For more information visit www.OncANP.org.

Michelle Qaqundah, ND, FABNO is the Director of Naturopathic Medicine at Cancer Treatment Centers of America in Philadelphia and the current Vice President of the Oncology Association of Naturopathic Physicians. Dr. Qaqundah completed a two-year hospital-based residency in Naturopathic Oncology at Cancer Treatment Centers of America in Tulsa. She has experience with in vitro studies applying botanical extracts to multi-drug resistant small cell lung cancer cells. She has completed herbal apprenticeships at the Dreamtime Center for Herbal Studies in Virginia, with traditional herbalists at the Khan-il-Khalili (Traditional Market) in Egypt, and at the Kopat Holim Holistic Clinic in Israel. She has also performed medical volunteer work at Saint Vincent de Paul Pediatric Hospital in Palestine and with the Gnauan tribe in the Saharan desert of Morocco. 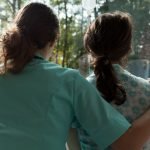 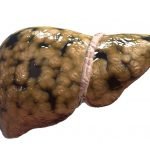