MEDFORD, Mass. – Tufts researchers are examining the one of the most toxic substances in the environment to see what its impact is on children in third world countries.

Crop mold, it appears, causes stunted growth in children that can lead to serious health problems as it is an indication of long-term nutrient deprivation and the slowing of internal organ development and the impairment of cognitive function.

An article discussing the ongoing research was published in the winter edition of Tufts Nutrition magazine.

Researchers are saying that mold also increases the risk of dying of diseases such as malaria or chronic diarrhea.

The scientists say 162 million children younger than 5 suffer from stunted growth. While 20 million stunting cases can be blamed on lack of clean drinking water and nutritional problems, the remaining cases could be blamed on aflatoxin, which is a poison produced by common types of mold called Aspergillus — found worldwide growing on grains, ground nuts, corn and other staple crops.

When regularly ingested these toxins damage the body.

These toxins are carcinogenic, impair immune systems that promote growth and hurt gut function to the point where the body absorbs fewer nutrients.

To test their theory researchers are following 600 pregnant women and their children in Nepal, and some in Uganda, over multiple years. They are assessing the exposure to aflatoxins and the health of the newborns. Breast milk and blood will also be tested for levels of aflatoxins.

Researchers hope to find better ways to growing healthier crops and improving the overall health of the populations impacted by the mold toxins. 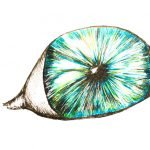 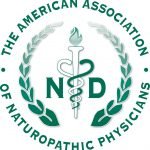