Why the Drift to the University Model?

A modest skirmish is building in our naturopathic colleges. As we hurry forward to form and build the profession in North America, we may not be noticing that our institutions will soon face more often a tension between priorities as institutions and keeping to our original purposes of producing the best naturopathic medical education possible and graduating qualified clinicians. This tension is subtle, although it already affects the connection of the AANP, the AANMC and other groups in ways not yet fully clear, to the very institutions fueling membership pools. For example, as Bastyr, Bridgeport and National University of Health Sciences (NUHS) continue to evolve, their institutional links with naturopathic medicine will continue to be aligned with programmatic accreditation more so than with professional formation. As NCNM positions itself in 2007 to add several new undergraduate and graduate programs, there are those who realize already that its philosophical and professional formation foundations and mission need to be restated. Meanwhile, as CCNM removes its pre-ND program this year and settles into a single program mode, like SCNM’s, their location in the professional formation mission of the original schools fits the original purposes of the schools.

In recent weeks in an effort to understand just what is happening to our schools in the postsecondary firmament, we have been exploring organizational models for higher education, trying to anticipate what is influencing choices about the naturopathic medical education landscape in America and Canada. In this regard, Hanna (2000) gives us an insight on what appears to be happening: “The university will be less inclined to base important decisions about programs and priorities strictly upon considerations of content and program quality” (p. 93) and more upon “what students, the adult marketplace and the university publics generally say they want from their university.” Earlier, Hanna set out what those new models would look like, basing them on analysis of trends observed in emerging organizational practice:

Hanna’s notion of those trends and characteristics complement Berquist’s (1992) earlier outline of the “four primary cultures within the academy” and, as Hanna points out, anticipate a fifth, an “entrepreneurial” one. Berquist’s taxonomy of cultures includes the following: managerial, developmental, negotiating, collegial. Tierney (1988) adds to this valuable insight into higher education culture by pointing out the importance of “strong, congruent cultures” (p. 11) and by commenting about what constitutes “weak, incongruent or disconnected cultures” (p. 13) in the higher education sector. Hanna’s discussion of “extended traditional universities” builds on the work of Berquist, Tierney, Clark (1983, 1998) and others and contemplates a time of transformation when the “traditional, content-based organization and decision making within the university” (p. 99) will have to respond to a competitive higher education environment, one in which our naturopathic colleges and naturopathic programs in small, comprehensive universities will also have to thrive.

Whatever its forms along the way, the higher education culture has always attracted the naturopathic profession. College founders felt rightly that naturopathic medicine needed the affirmation and credibility of a university credential at the first professional degree level (demanding undergraduate preparation, especially in the basic medical sciences) and context. This approach continues. Recently, for example, the Foundations of Naturopathic Medicine Institute (FNM) under the leadership of Pamela Snider, ND has been established at NCNM as part of a strategy to codify the distinct knowledge of the profession, but within a model that resonates with the higher education framework so important to professional formation. The research framework, the processes of the FNM and its attractiveness to donors and sponsors are all grounded in higher education standards. The profession’s leaders want to embed the medicine in institutionally and programmatically accredited, degree-granting colleges operated as 501C3s (or their Canadian equivalent) and dedicated to the institutionalizing of naturopathic medical education and the proliferation of the profession.

This has not always meant smooth sailing. For example, in Canada, although it had never fit directly into the higher education models in Ontario until recently, CCNM’s leaders created a hybrid version and propelled it steadily toward accreditation by the provincial post-secondary authority within the framework of 2000 legislation, making it possible for some private career colleges to issue degrees. The chiropractors got there first, but CCNM is well on the way. Significantly, and part of the tension referenced earlier, Ruch comments that such hybrid institutions “have more in common with multi-campus, public, nonprofit universities than they do with traditional proprietary schools” (p. 24). The Carnegie Classification of Institutions of Higher Education (2000) provides a separate category for such institutions, calling them “specialized institutions” typically awarding “a majority of degrees in a single field.” Dr. Bill Keppler’s recent success in having our naturopathic programs appropriately classified is another example of this energy and focus.

The differences between our colleges, though, and public sector institutions do not appear to stem principally from our schools being nonprofit/private and from public sector institutions being nonprofit/public. Rather, the essential differences issue from what Ruch (2001) calls the “language of accounting and the law and practices of taxation” (p. 25). In this regard, our colleges’ administrative and academic processes show a pattern of unrelenting movement toward a location in the higher education realm.

Whether it’s the early leadership and success of research activity at Bastyr and SCNM or the creation and growth of the Helfgott Research Institute at NCNM, or the growing sophistication and reach of the research program at CCNM, we need in this multi-faceted environment to understand as much as we can about the nature and functioning of the larger universe of higher education to better comprehend why we’re doing what we’re doing. As Altbach (1996) further comments, “In this complex environment and in an atmosphere of controversy about higher education, there is a great need for expert knowledge and data about all aspects of higher education” (p.1). Even if, as Altbach claims, higher education as a field of study “lacks an institutional base” (p.2), for our purposes its resources nevertheless include important contextualizing features, such as the nature of governance or the “study of formal systems of education” (p. 3), or the interest in higher education financing, to which we will turn next month.

Banta TW and Associates: Making a Difference: Outcomes of a Decade of Assessment in Higher Education. San Francisco, 1993, Jossey-Bass.

Boyer EL: The scholarship of teaching from scholarship reconsidered: priorities of the professoriate (Highlights of the Carnegie report), College Teaching 39(1):11-13, 1991.

Cutt J: Universities and Government: A Framework for Accountability. Ottawa, 1990, Institute for Research on Public Policy.

Patil CP and Taillie C: Diversity as a concept and its measurement, Journal of the American Statistical Association 77:548-561, September 1982.

Skolnik ML: University accountability in Ontario in the nineties: is there a role for a provincial agency?, Ontario Journal of Higher Education 108-127, 1994.

Skolnik ML and Jones GA: A comparative analysis of arrangements for state coordination of higher education in Canada and the United States, Canadian Journal of Higher Education 63(2):121-142, 1992.

Trow M: Reflections on Diversity in Higher Education. Paper presented at a colloquium at the Technische Hochschule Zurich, August 31, 1995.

Winchester I: The concept of university autonomy – an anachronism? In C Watson (ed), The Professoriate – Occupation in Crisis, Toronto, 1985, Higher Education Group, pp.29-42.

Winchester I: The future of a mediaeval institution: the university in the twenty-first century. In AW Neilson and C Gaffield (eds). Universities in Crisis: A Medieval Institution in the Twenty-First Century, Montreal, 1986, Institute for Research on Public Policy, pp.231-250. 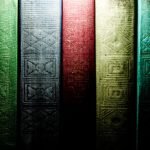 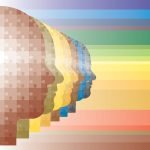