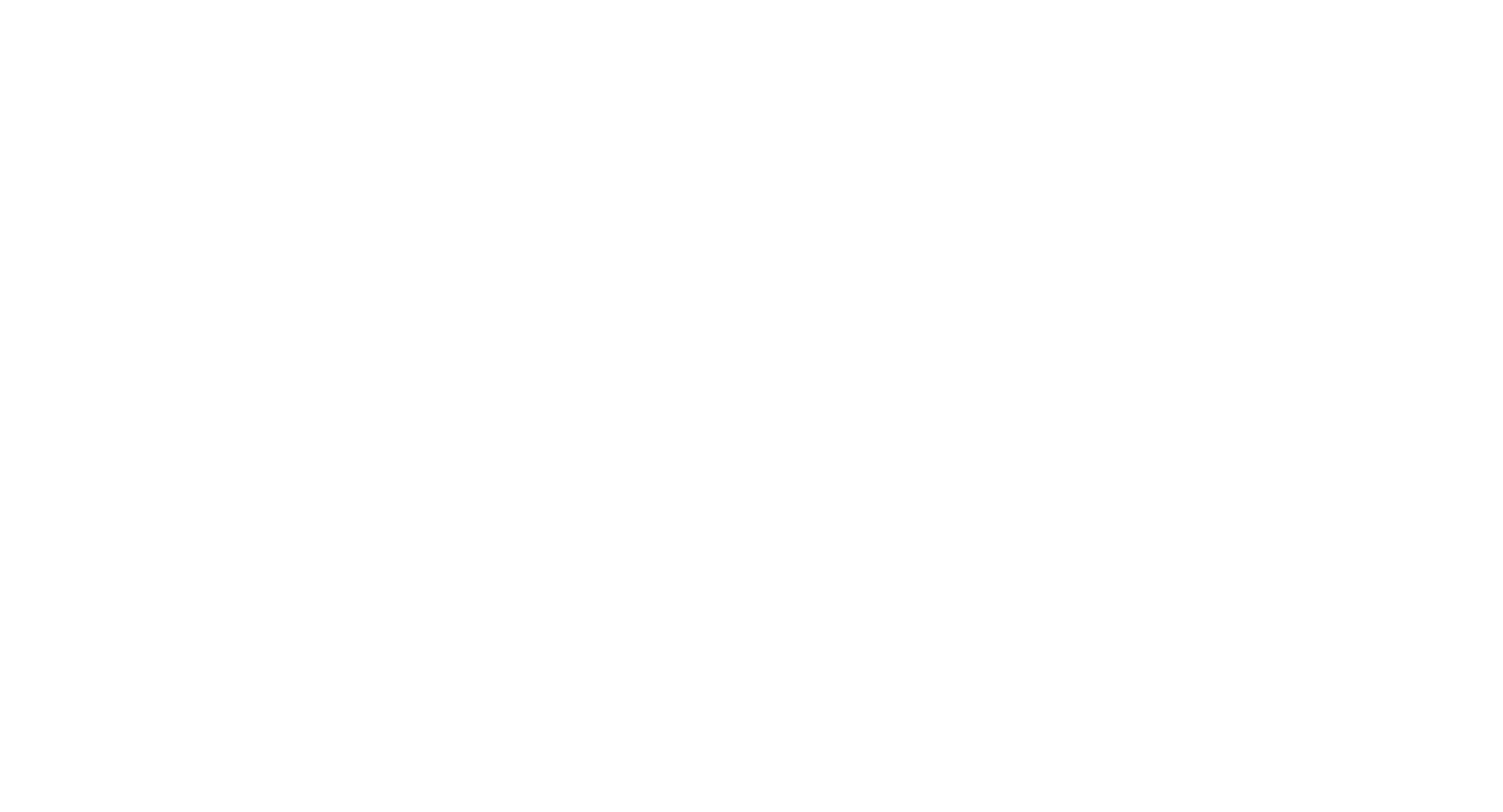 Once a rare childhood disorder, with a prevalence of 1 in 10,000 20 years ago, autism now affects one out of every 150 children. Classified as a neurodevelopmental disorder and diagnosed by psychological testing, autism spectrum disorder (ASD) is often perceived to be a genetically based mental disorder. However, current research has shown it to be a complex medical condition involving dysfunction in the brain and nervous system, as well as the gastrointestinal, immune, endocrine and detoxification systems.

A primary goal in treating autism is to address underlying physiologic imbalances that may be contributing to the disorder. There has been a surge of interest concerning methylation deficiencies, and treatment protocols to correct metabolic impairments continue to evolve. Since information is widely available through the Internet and conferences, parents have challenging questions about biochemistry, enzyme deficiencies, genetics and treatment options. It is important to be aware of current issues and address these concerns to help better serve our patients.

A key area in the study of autism involves environmental toxicity and deficient detoxification, with one of the main biochemical pathways of interest being the methylation cycle (see Figure 1). This pathway regenerates methionine from homocysteine via vitamin B12-dependent methionine synthase. Methylation is a critical process for DNA synthesis and repair; protection of DNA and RNA against insertion of viral genes; neuronal myelination and pruning; glutathione production; homocysteine regulation; control of gene expression; metabolic detoxification; and formation of the neurotransmitters melatonin and serotonin, as well as formation of creatine and phospholipids.

Neurodevelopmental toxins, including lead, mercury, copper and aluminum, are known to potently inhibit methionine synthase enzymatic activity, leading to the interruption of growth factor signaling and DNA methylation (Waly et al., 2004). The inhibitory effects of toxic metals are directed at the glutathione-dependent synthesis of methylcobalamin, which is required for methionine synthase activity.

Genetic deficits involving the methylation pathway may result in chronic metabolic impairment impacting neurodevelopment. Although autism is not strictly a genetic disease, numerous genes (20+) have been implicated in susceptibility to the disorder. Monozygous twins have a 90% concordance rate, and siblings of autistic children have an incidence rate 50-100 times that of the general population.

Genetic polymorphisms in methylation cycle enzymes have been identified in children with ASD. Increased frequency of single nucleotide polymorphisms (SNPs) of the methylenetetrahydrofolate reductase (MTHFR) gene are seen, which significantly decrease its function and reduce methionine turnover (Geier and Geier, 2006). Increased incidence of polymorphisms in transcobalamin II and catechol-o-methyltransferase are strongly associated with autism (James, 2005). Autistic children having these genetic variants may have deficient intracellular methylcobalamin, resulting in reduced methylation potential as well as dopamine-induced neurotoxicity. Specific combinations of SNPs present in an individual may prove to be related to the severity of autism.

The frequency of autism is greater in males than females by a ratio of 4:1. Females are known to have higher methionine cycle regeneration and increased glutathione levels compared to males. The increased methylation and antioxidant ability may be a mechanism of protection and contribute to the gender difference in ASD. Recent research has found that children with autism have significantly elevated DHEA and testosterone levels relative to normal reference ranges (Geier and Geier, 2006). Clinical assessments have demonstrated 33% of ASD children exhibit signs of precocious puberty (Baron-Cohen et al., 2005). Testosterone influences the methylation cycle by blocking the formation of cystathionine and thereby reducing total glutathione, with estrogen promoting the conversion (Geier and Geier, 2006). Studies have found that neurons pre-incubated with estrogen demonstrated substantial protection against thimerosal-induced cell death, whereas addition of testosterone caused a significant loss of neurons exposed to thimerosal, a mercury-based preservative (Haley, 2005). The tremendous enhancement of thimerosal toxicity by testosterone may impact mercury-sensitive methylation enzymes, such as methionine synthase, and influence the gender disparity in ASD.

Treatment is directed at correcting the metabolic impairment involving methylation. Key cofactors, including betaine, folinic acid and methylcobalamin, can be supplemented to support deficient pathways and improve ASD symptoms. Standard laboratory tests are of limited use in assessing need for supplementation, since the issue is more with a functional metabolic imbalance rather than a classic vitamin deficiency.

Betaine (trimethylglycine, TMG) upregulates the enzyme betaine-homocysteine methyltransferase (BHMT), which increases methionine by a pathway independent of folate and vitamin B12. Methionine synthase requires folate and methylcobalamin to produce methionine. Folinic acid can enter the folate cycle directly while bypassing several conversion steps, and avoid possible difficulties creating the active form of folate. Care must be taken when supplementing betaine, as approximately 20% of ASD children experience increased hyperactivity. If the side effects with TMG are intolerable, DMG (dimethylglycine) can be used as an alternative.

The current recommendation for methylcobalamin dosing is 62.5µg/kg of 25mg/mL solution by subcutaneous injection every three days (Neubrander, 2006). This route is thought to provide a more sustained release of methylcobalamin into the bloodstream from the adipose tissue compared to intramuscular injection. Oral or sublingual forms are problematic, since many autistic children have significantly disturbed digestion and absorption of nutrients, relating to yeast overgrowth, Clostridia spp. and other bacterial infections, gastrointestinal inflammation, dysfunctional digestive enzymes and food allergies. With methyl B12 injection therapy, the most commonly noted changes include improved speech, language expression, socialization, emotional control, personal awareness and mental processing (Woeller, 2007). Positive changes occur within five weeks in 80%-90% of ASD children, according to clinical evaluation and parental reports. The main side effects are hyperactivity (most common), sleep disturbance (especially when given at night) and increased mouthing of objects, all of which normally resolve within four to six weeks of starting the therapy. Compliance is another major issue, as parents are often reluctant to administer vitamin B12 injections.

A relatively new alternative is methylcobalamin via metered dose nasal spray. Advantages are easier administration, increased compliance and rapid results. General dosage guidelines are 625µg of methyl B12 (12.5mg/ml) per spray, one spray in one nostril once per day or every other day for children (Kurtz, 2007). Folinic acid (1mg/ml) can be added; the standard dose is 50µg per spray. Side effects are similar to the injections, with transient hyperactivity most often noted.

By using targeted interventions in treating the methylation issue, I have found methyl B12 and folinic acid nasal spray to produce the most significant responses. Parents commonly notice changes remarkably soon after giving a dose, including better eye contact, being more engaged and “with it,” increased awareness, more social interaction, reduced restlessness, improved speech and language, and more attempts at communication. A noticeably increased frustration level is frequently observed, along with heightened awareness of self and the environment, which is an indication that the child is becoming more neurotypical.

Correcting methylation deficits is a promising area of treatment in ASD, as its effects are far-reaching. Treatment can improve detoxification systems, restore antioxidant capacity, support enzymatic function and allow proper DNA and gene expression, resulting in reversal of autistic symptoms.

In my experience with autistic children, I have found they can be very sensitive to supplementation and frequently have paradoxical reactions. It is critical to support the body’s natural metabolic and detoxification pathways to allow proper assimilation of nutrients and medicines. I encourage clinicians to implement interventions gradually, be patient and approach children with autism gently. 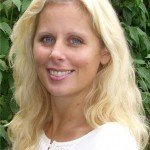 Anita Bratt, BSc, ND has a family practice focusing on ASD and ADHD/ADD. She attended NCNM and Bastyr University before graduating from the Boucher Institute of Naturopathic Medicine. Dr. Bratt has an 11-year old autistic son, and held the first outreach clinic for autism and ADHD in Western Canada in March. She currently practices in Vancouver, B.C. and can be contacted at info@drbratt.com, or visit www.drbratt.com. 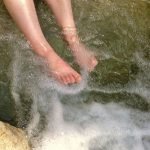 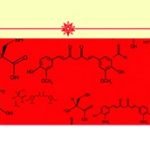