A Case of Chronic Urticaria

Urticaria is defined as “local wheals and erythema in the superficial dermis” (Beers and Berkow, 1999). Chronic urticaria is any wheals or erythema lasting more than six weeks. Wheals form as a result of histamine release resulting in local intraderma edema and capillary and venous vasodilation. Other molecules, including prostaglandins, leukotrienes, and cytokines, may be produced at different times after mast cell degranulation, and their presence or absence can contribute to the polymorphism of this disease (Hennino, 2006). While acute urticaria is IgE mediated, this is less often true of chronic urticaria. Causes of chronic urticaria include chronic hepatitis, parasitic infestation, neoplasm (particularly non-Hodgkin’s lymphoma), and autoimmune diseases including systemic lupus erythematosus and polyarteritis (Barker et al., 1982).

In Traditional Chinese Medicine (TCM), urticaria is most commonly diagnosed as either wind-heat or wind-dampness penetrating the skin (O’Conner and Bensky, 1981), often with an underlying Lung yin deficiency. The symptoms of wind-heat concentrate in the upper parts of the body and include nasal congestion, fever, thirst, and a bright red rash with a sudden onset. The tongue tends to be red with a yellow coat, pulse superficial, and fast (Ross, 1994, p 34). Wind-dampness is characterized by copious discharges, fluid-filled eruptions, a dull aching or expanding pain sensation, and no thirst. The tongue has a thick coating and the pulse is slippery. Lung yin deficiency is characterized by dry skin, red skin rashes, dry nasal passages, night sweats, and a dry cough. The tongue has a red tip with or without a crack in the front one third of the tongue and no or a dry/thin coating. The pulse is superficial and fast, particularly in the distal position of the right radial pulse (Ross, 1994, p 143).

On September 22, 2005, a 40-year-old married female presented in the clinic with a chief complaint of hives accompanied by intermittent joint pain that began on July 3, 2005. Mrs. G stated that she came to my office specifically for acupuncture treatments, as the medications given to her by her primary care physician (PCP) had had no impact on her symptoms. She complained of rashes that would spontaneously erupt all over her body, and shoulder pain that worsened when there was an exacerbation of the rash. The rash consisted of large red macular areas and wheals that were mostly concentrated on the trunk of her body, occasionally moving down to her legs, particularly the knees, and also down her arms to the antecubital fossae. Her family history included seasonal rhinitis and adult-onset diabetes. The only other rashes she had experienced in the past were childhood chickenpox and occasional rhus poisoning. She maintained a healthy lifestyle with regular exercise, a well-balanced diet with minimal animal protein and saturated fats, is not a smoker, and had no history of recreational drug use. She denied exposure to tics, dietary changes, and changes in soaps, laundry detergent, or cleaning fluids. Her past medical history included a history of chronic GI distress with recurrent heartburn, hemorrhoids, gas, and bloating. Previous surgeries included two cesarean sections, laser treatment for endometriosis, and gallbladder surgery. Current prescriptions were Zantac and oral contraceptives that she had taken daily for several years before the onset of the rash. She took no supplements. The PCP in July had prescribed Zyrtec, suggested this was an atypical presentation of seasonal allergies, and said she could expect the symptoms to resolve within a couple weeks.

Examination revealed a healthy, pleasant, and soft-spoken 40-year-old mother of two. There were no signs of chest, lung, heart, or acute abdominal disease. Vital signs were BP 118/76; pulse rate 72, quality superficial and thin; respirations 16; tongue demonstrated a dry body with a red tip and a dry yellow coat. There were numerous well-circumscribed wheals and some erythematous patches on her trunk, thighs, and inner arms bilaterally.

The working diagnosis for this case was chronic urticaria of unknown origin. TCM diagnosis was EPI wind-heat with Lung yin deficiency.

Mrs. G stated she planned to continue all her prescriptive medications and was interested in seeing if acupuncture could help her symptoms, particularly the itching and joint pain. Acupuncture treatment was TW 6, GB 41, L9, P6, SP10, GB 20, Lv 3, ST 36. Because of her family history of allergic rhinitis, we discussed the possibility of food allergies adding to or causing the urticaria. She agreed to eliminate and reintroduce both wheat and nightshades in her diet as a therapeutic trial.

The acupuncture treatments were repeated weekly with variations in point selection based on pulse and tongue diagnosis. The number of wheals and severity of itching decreased significantly for two to five days after each acupuncture treatment, but returned every week. The symptoms were also made worse if she became exhausted or ate any foods containing wheat.

By November 2005, the rash had diminished by about 50% in numbers of wheals and severity of itch. Mrs. G also reported that the shoulder pain had completely resolved. Acupuncture treatments were reduced to once every two weeks. I was concerned that the acupuncture appeared to be only palliative in nature and we discussed the need to find the underlying cause of her illness. I recommended she consult a rheumatologist for a possible autoimmune diagnosis. Bimonthly acupuncture treatments continued.

In January 2006, Mrs. G reported that the rheumatologist concurred that an autoimmune disease was likely. Bloodwork revealed a borderline elevation of ANA and was negative for Lyme disease, hepatitis, or alterations in WBCs. Further testing was necessary to pin down the nature of her illness.

In February, patch testing for allergies found no food or inhalant allergies. Bloodwork to repeat ANA and Lyme titers were both negative. The rheumatologist gave her the diagnosis of idiopathic chronic urticaria and told her to follow up with her PCP. Despite testing negative for food allergies, including wheat, Mrs. G reported that any intake of wheat would cause exacerbation of the itching and rashes.

By the end of February 2006, Mrs. G reported that wheals erupted with less severity, and the itching was intermittent rather than constant. There was no return of the shoulder pain. Gastrointestinal symptoms flared up only occasionally. Her tongue was now dry and pale without any coat and her pulse had become hollow. Her TCM diagnosis changed to Liver blood and Lung yin xu. Acupuncture treatments included the points Lv 3 & 8, Sp6, ST 36, Baichongwo, Lu 7 & 9, LI 5 & 11, UB 17 & 19. I advised her to eat at least 1 cup of berries daily and prescribed Eclectic Institute’s Optibioflavonoids (1000 mg qd po cc) and Vital Nutrients Ultra Pure Fish oil (1000 mg qd po cc).

On March 9, 2006, Mrs. G reported that the urticaria was limited to the trunk area only and there were only rare new patches. She stated that the itch could still be intolerable. Pulsatilla 30C (2 sublingual pellets qd hs) was added to her regimen.

On March 23 Mrs. G reported coming down with an acute upper respiratory syndrome (URI) with sore throat, cough, and body aches but without fever. The rash was reported as being much worse than it had been since August 2005, with swelling around the periphery of all the wheals. She stated that the itching was almost intolerable. The homeopathic prescription was changed to Pulsatilla 200C.

On March 30, Mrs. G went to her PCP because of the severity of her sore throat. She stopped all supplements including the Pulsatilla and was prescribed amoxicillin.

On April 13 all upper respiratory symptoms were resolved. At the same time, Mrs. G reported that she had significantly fewer wheals. Those that were still present caused almost no itch response.

During her May 10 visit, examination revealed small, pale, circumscribed wheals only near her elbows and knees. Mrs. G reported she had stopped taking the Zyrtec, Zantac, and her oral contraceptives when she was ill and did not plan to restart those prescriptions.

Before her May 18, 2006, acupuncture treatment, examination revealed six dime-sized, round wheals found only at the inner left knee and inner right elbow. Acupuncture treatment was Sp 9 & 10, Lv 3 & 8, ST 36, SI 8, LI 11, ear Hot & Liver. She was continuing the bioflavonoid and fish oil supplements. She no longer had GI distress and reported that while she had often suffered with hemorrhoids in the past, she had had none since March. Her energy, sleep, and outlook were all excellent.

In reviewing her case, the July 3 date appeared significant. Mrs. G uses well water as her primary drinking water. Pesticide poisoning seemed possible. Mrs. G denied use of any lawn pesticides or herbicides, but does have neighbors who use lawn services and whose property lines come within 500 feet of her well. I asked her to check with her neighbors about use of pesticides in preparation for the July 4 holiday. To date, all neighbors deny the use of chemical pesticides. Atypical tic-related illness is also possible due to the onset date but Lyme tests remain negative.

While symptomatic response to acupuncture is common, resolution of chronic skin ailments often require dietary changes and supplements. Acupuncture was used for symptomatic relief. The March 2006 URI may well have been a healing crisis, brought on when Pulsatilla 30C was added to the daily regimen. As is common when using modalities such as TCM and nutritional therapies, the combination of Western and Chinese modalities not only reduced the symptoms of the chief complaint (urticaria) but also removed persistent problems (GI distress and hemorrhoids) without direct treatment of those complaints. The underlying cause of this rash remains undiagnosed yet the patient is satisfied with the results. I remain optimistic that the urticaria will completely resolve in the near future. 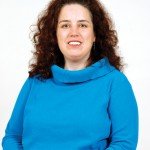 Jennifer Brett, ND, LAc is director of the University of Bridgeport Acupuncture Institute and adjunct professor at UB’s College of Naturopathic Medicine. She received her doctor of naturopathic medicine from NCNM, class of 1987, and her diploma in acupuncture from the Tri-State Institute of Traditional 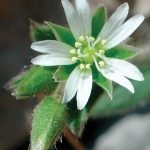