Autoimmune Disease and the GI Tract

As NDs, we are aware of the central role the digestive tract plays in the general health of patients. This article will focus on autoimmunity and the gastrointestinal organs, including the stomach, pancreas and intestines. Autoimmune thyroiditis will also be discussed in relation to these immune processes.

Gastroparesis is the partial paralysis of the stomach, which causes delayed gastric emptying. This delayed emptying is most often associated with poorly controlled diabetes.

The effect of slowing the exit of carbohydrate from a diabetic patient’s stomach is especially dangerous. Consider a situation in which a Type I diabetic patient injects a calculated dose of short-acting insulin with a meal. If the carbohydrate absorption is delayed eight to ten hours, life-threatening hypoglycemia is likely.

Poor control of hyperglycemia, arterial complications and diabetic neuropathy all are associated with gastroparesis (Moldovan et al., 2005); it occurs in 55%-75% of Type I diabetics and 15%-20% of Type II diabetics. Attaining long-term glycemic control improves both gastric motility and upper abdominal symptoms in diabetic patients with gastroparesis (Sogabe et al., 2005). It is thought that continued near-normal glucose levels allow healing of vagal neuropathy with reversal of neuronal glycosylation.

Celiac disease also increases the risk of gastroparesis. An article from the Mayo Clinic uses the term “autoimmune gastric dysmotility.” The article discusses the etiology as largely idiopathic or paraneoplastic (Pasha et al., 2006). 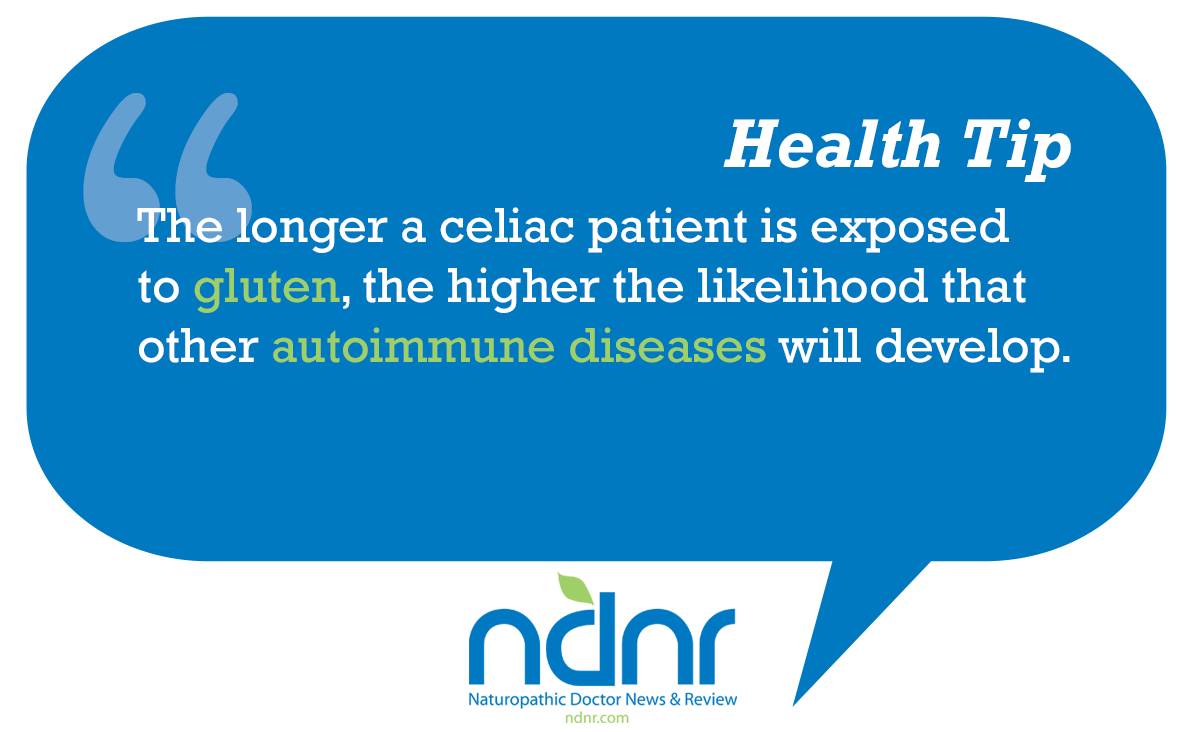 The longer a celiac patient is exposed to gluten, the higher the likelihood that other autoimmune diseases will develop. Type I diabetes and autoimmune thyroiditis are the most common of these disorders. Treatment of celiac disease with a gluten-free diet improves glycemic control in patients with Type I diabetes (Ch’ng et al., 2007). Autoantibodies are frequent in celiac disease and their first-degree relatives. Multiple studies report the presence of the following autoantibodies: anti-thyroid and the endocrine pancreas, anti-gastric and liver, anti-nuclear constituents, anti-reticulin, actin, smooth muscle, calreticulin, desmin, collagens and bone, anti-brain, ganglioside, neuronal and blood vessel (Shaoul and Lerner, 2007). A German study found that early life exposure to dietary gluten in the offspring of parents with Type I diabetes is associated with an increased risk for developing islet cell antibodies (Füchtenbusch et al., 2004).

Although not proven to be an autoimmune phenomenon, 25% of celiac disease patients have serum elevations of pancreatic enzymes. Even if a patient has no digestive complaints, elevation of serum amylase or lipase should trigger screening for celiac disease (Carroccio et al., 2006).

Autoimmune adrenal failure is another autoimmune disease related to celiac disease. A Swedish study found a highly increased risk of Addison’s disease in individuals with celiac disease and recommends that these patients be screened for celiac disease (Elfstrom et al., 2007).

A 40-year-old Hispanic female presented to the NCNM clinic in September 2005 with a diagnosis of mixed connective tissue disease. She was taking 5mg prednisone and was under the care of a rheumatologist. Her chief concerns were severe fatigue, almost constant headaches, Raynaud’s phenomenon, bilateral joint pain and swelling of the hands, shortness of breath, chest pain and stomach pain. She described her digestive symptoms as a heavy feeling, as if food were sitting in her stomach for many hours. She found that this was especially long lasting if she ate meat or other heavy proteins. She took laxatives three to four times a week to help speed her transit time, but got little relief from her symptoms.

My analysis was that she had gastroparesis secondary to gluten intolerance, pancreatic insufficiency and bacterial overgrowth secondary to hypochlorhydria, adrenal maladaption Phase I and Wilson’s syndrome.

Within a week of commencing a grain-free elimination diet, her digestive symptoms were dramatically improved, she had no head pain and her energy increased by 80%. We started her on a probiotic powder; DHEA 5mg BID; cod liver oil, 1Tbsp QD; a lipotropic formula; and a formula to improve conversion of T4 to T3. Over the next six months, the patient remained free from fatigue, head pain and digestive symptoms as she worked with her rheumatologist to gradually wean off the prednisone. After being off prednisone for several months, her swelling and joint pain improved.

About one year later, the patient complained that some of the heavy feeling in the stomach had returned. Adding 1Tbsp of apple cider vinegar before meals normalized her digestion again.

Now, two years after commencing naturopathic treatment, she continues to have some Raynaud’s phenomenon. The rest of her symptoms have disappeared. 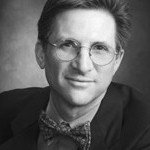 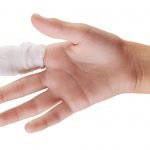 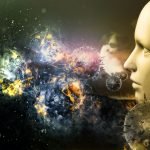