The Cold Truth About Ice & Inflammation

The use of ice for acute musculoskeletal injuries has been popular for decades since Gabe Mirkin, MD coined the RICE (rest, ice, compression, elevation) protocol in 1978 in his best-selling The Sports Medicine Book.1 For decades, this protocol has been thoroughly indoctrinated into the healthcare system, despite a lack of adequate research to support its efficacy. In recent years, health practitioners have started questioning the RICE protocol. Recent research indicates that using ice for acute injury may delay healing and result in further tissue damage.1,2 To understand the pros and cons of ice for acute injury, we must first understand inflammation and its effect on tissue healing.

When you injure yourself, you initiate a complex inflammatory cascade. While inflammation leads to pain and other classic signs of discomfort with injury, including swelling, heat, and redness, it also plays a critical role in tissue healing and recovery.3 Inflammation is a protective response driven by specific immune and inflammatory cells that help restore functional and structural integrity after injury.3 Since inflammation is a necessary part of the healing process, anything that reduces inflammation also delays healing.1,2

Shortly after injury, the repair process begins. There are three3 main phases in acute injury repair. The first is the inflammation phase, characterized by the initial inflammatory response that begins immediately after injury.4 Neutrophils are the first inflammatory cell mediators to arrive, which release a large number of pro-inflammatory molecules such as cytokines, chemokines, and growth factors.4 This creates a “chemoattractive” environment for other inflammatory cells such as monocytes and macrophages, drawing them to the injury site.3,4 This is the phase during which the patient will typically experience most swelling and pain.

The next phase is the regeneration phase, which occurs approximately 4-5 days after injury but can last for up to 4 weeks.4 This is a multistep process, first requiring the activation and proliferation of satellite cells, the primary stem cells in adult skeletal muscle.4,5 These satellite cells generate myoblasts, which can differentiate into new muscle fibers to help repair the damage.4

The third phase is the remodeling phase. In addition to myoblasts developing into myofibers, connective tissue remodeling and fibrosis are important parts of this third phase. In the early phases of remodeling, this fibrotic response can help with tissue stabilization, although excess growth may lead to increased scar tissue.4 The final stages of remodeling are revascularization and innervation. Restoration of blood supply to the injured tissue is essential for its healing, as blood vessels rupture during injury, inducing local hypoxia.4,6 Vascular endothelial growth factor (VEGF) is a primary angiogenic factor released at the trauma site that promotes the growth of new blood vessels.4 Tissue healing is complete when myofibers become innervated by motor neurons, typically occurring 2-3 weeks after injury.4

So, where in this healing cascade might ice have an impact? At the initial stage of injury, direct application of ice to the area may reduce pain and swelling.1,2 It does this primarily by acting as a vasoconstrictor, inhibiting the transport of inflammatory molecules to the injured site, and prolonging the clearance of necrotic tissue by macrophages.1,2,6 This leads to a delay in the healing and recovery process. A study performed in rats identified a correlation between icing and a slight delay in angiogenesis and a decrease in vessel volume, as ice delayed the proliferation of satellite cells, delaying the expression of VEGF.6

The Downsides of Rest

As can be seen, conventional ice therapy may not be as beneficial as initially suggested. But this is not the only place this original RICE acronym falls short. After ice, the biggest pitfall of this original protocol is rest. While immobilizing the injured area will help protect against further injury and may prevent damage to the newly developing fibrin bond, it also slows the recovery process.1,7 The lymphatic system is responsible for clearing out waste products from our body. However, to circulate, it requires the contraction of muscles in the surrounding tissue.1 Lack of movement will inhibit lymphatic flow, decreasing the removal of waste products, and delaying the healing process. The movement also enhances blood flow, allowing the influx of inflammatory mediators to the damaged area. Not only is movement impacting phase one of acute injury repair, but it also influences the repair phase (phase two). Studies have shown that VEGF is upregulated in the human skeletal muscle with dynamic exercise.1 We can infer from that information that contraction of the skeletal muscles surrounding the injured site will enhance angiogenesis.1 A final consequence of inactivity is the possibility of muscle atrophy, which can lead to muscles that are weaker and more susceptible to injury.1

How do compression and elevation stand up? The goal of compression is to stop any bleeding and reduce edema by compressing the damaged capillaries. However, once again, data to support this is limited.7 Several studies have attempted to measure outcomes from various compression devices and bandages; however, no uniform recommendations could be made regarding the compression type, level, or duration.1,7 There is also the risk of applying excess pressure, which could reduce circulation, leading to some of the negative consequences previously mentioned. Elevation may be the most appropriate of all the recommendations in the RICE protocol, but again, evidence is limited. Elevating an injured limb will reduce edema by increasing venous return.1,7 It is generally well tolerated by patients and has minimal negative consequences.

There is insufficient evidence to support the RICE method in acute musculoskeletal injury, so what alternatives do we have? Several new acronyms have been proposed, including PRICE (protection, rest, ice, compression, elevation) and MEAT (movement, exercise, analgesia, treatment). The acronym and protocol gaining the most attention is METH (movement, elevation, traction, heat). Let us examine what the research says about this newly proposed protocol.

As previously mentioned, movement is important for the removal of waste products by lymph as well as the upregulation of VEGF.1 While injured patients shouldn’t use the injured area to its full capacity, moving it through a range of motion that is pain free will provide the benefits of movement without causing increased tissue damage. In this new METH protocol, heat is proposed over ice. There are several benefits of heat therapy in acute musculoskeletal injury. The first is increased blood flow due to vasodilation which increases the supply of oxygen and nutrients to the injury site.8 Local tissue metabolism is also improved by heat which can reduce healing time.8 Heat can also increase the elasticity of connective tissue, which may improve the range of motion.8 Traction is the other alternative suggested, which is like movement. Traction involves gently and passively separating two articulating segments in a perpendicular plane to help restore normal movement to a joint.9 Elevation is the only treatment that persists between the RICE and METH protocols.

After decades of using the RICE protocol without supporting evidence, it might be time to consider switching to an alternative protocol for pain management. METH may not be the final word in injury treatment, and ice can still be useful in certain circumstances, but health practitioners must offer treatments that are supported by research.

Sierra Goncharoff, ND, received her naturopathic doctorate at the National University of Natural Medicine, where she then completed two years of residency. Following residency, she joined a private practice in Sandy, OR, just outside of Portland. Her practice provides primary care and family medicine, and while she treats a wide range of conditions, some of her special interests include pain management, gastrointestinal health, women’s health, and pediatrics. Instagram @doctorgnd, Facebook @Sierra Goncharoff. 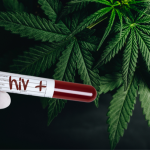 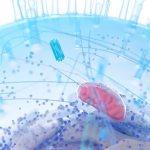