New advances in our understanding of network pharmacology now support the wisdom of plant medicine and botanical synergy. This understanding of synergy and its mechanisms highlights the importance that traditional medicines can have in the health and well-being of humans in the modern world.

Biologic systems encompass a complex web of coordination between metabolic pathways. These include protein-protein interactions, genetic interactions, gene and transcriptional regulation, and cell signaling cascades. At any given time, all these pathways cooperate simultaneously to maintain health in the dynamic network equilibrium known as homeostasis.

Since plant formulations contain multiple chemicals, the emerging science of network biology helps connect the scientific chasm between traditional and modern medicine. As Zhang explains it, “Network pharmacology aims to understand diseases at the systematic level, and to know the interaction between the drug and the body based on equilibrium theory of biological networks. It is substantially bringing the significant changes of theory and methodology in drug design.”1

This article is the first in a series discussing the basics of botanical synergy. Subsequent articles will describe the 5 major mechanisms of synergy, providing numerous examples from literature both specific to cannabis and to the plant world in general.

Synergy is a governing principle of our natural world. One definition of synergy involves cooperative effects when multiple forces, parts, or elements interact to produce a combined effect greater than the sum of their separate parts.2 Synergy can more specifically be defined as occurring when the effects of multiple drug combinations are greater than would be expected from the sum effects of the single components.3,4 This is known as a polyvalent effect, where multiple chemicals affect multiple biochemical pathways. Multi-target network effects occur when the molecules of an herbal extract or chemical drug cocktail affect not just a single pharmacologic target, but several targets at the same time, resulting in synergistic cooperation.

The study of biologic networks utilizes large data sets to analyze the effects of various compounds on disease processes from the network level. These data demonstrate that the use of multiple drugs and multiple targets affecting biological networks can have better clinical efficacy with less toxicity than single molecule drugs affecting single pathways.5,6,7 These insights allow researchers to identify therapies that utilize multiple targets, resulting in less toxicity and greater effectiveness.7

A robust biologic network maintains its ability to preserve health and withstand perturbations, both from internal as well as external disturbances. The main takeaway is that the therapeutic effects of combination therapy tend to be less toxic than those associated with monotherapy, especially when dealing with the complexities of chronic illness.

In his writings, Wagner describes how recent advances now demonstrate the advantages of these multi-target botanical therapies in clinical trials.3,8,9 He outlines numerous clinical trials of plant extracts studied in parallel with patented synthetic reference drugs for the same indication. In all cases, the superiority of the plant extracts over the single chemical drugs was demonstrated, with the plant preparation effects fully equivalent to the reference drugs, but with the added benefit of fewer or no side effects.8 This approach to therapy focuses on the robustness as well as disturbances in disease-causing networks, rather than searching for individual targets such as disease-causing genes.

An example of the weakness of monotherapy (single drug therapy) became evident with the advent of new antiretroviral drugs for HIV/AIDS in the 1990s. The first antiretroviral medication azidothymidine (AZT) was used as a stand-alone drug and was initially successful at keeping down viral load despite a side effect profile that included liver toxicity. However, over time the antiviral effect of AZT became diminished since the virus was able to mutate; as a result, viral loads began to creep up in patients. As new classes of antiretroviral drugs became available, the accepted use of a “cocktail” of numerous different drugs began to emerge. These combinations provided greater efficacy, lower toxicity, and decreased drug resistance.10

Other conditions, such as cancer and multiple sclerosis, are not attributed to mutations or dysfunctions in single molecular pathways; rather, they are usually caused by dysfunction of network regulation. Complex disease processes frequently cannot be adequately affected by actions at individual receptor systems. Thus, for highly complex diseases, targets are not simply a single gene, but may be a specific pathway or network.

To achieve better results, several modern approaches to complex central nervous system diseases have now moved away from targeting individual genes and pathways to the targeting of biologic networks. The idea is that complex diseases are managed most effectively by using a combination of multiple drugs or chemicals rather than a single drug. In the case of cancer therapy, this approach results in better anti-tumor effects and lower toxicity with multiple drugs applied synergistically to address different biochemical pathways.5

The process of identifying and combining various targets of biological networks to harness synergistic effects can provide great power and efficiency by working together gently at multiple pathways rather than strongly in a single area. Importantly, adverse effects can also be reduced with this approach.12 To support this, several controlled clinical trials have demonstrated the superiority of multi-drug combinations versus single-drug approaches. This holds true for pharmaceuticals as well as botanical formulas.8

Many conventional pharmacological drugs consist of a single chemical, and consequently tend to affect a single receptor system. In contrast, medical cannabis13 and other botanical medicine preparations contain multiple chemical compounds (including flavonoids and terpenes, for example) affecting diverse biochemical targets and pathways.3 Particularly in reference to the synergy of cannabis compounds, this phenomenon is known as the entourage effect. This effect takes place even with single herb extracts and exemplifies the polyvalent effect of botanical medicine. However, botanical medicine has traditionally relied on multi-plant formulations, and over time, traditional practitioners have noticed that long-term use of combined herbal preparations tends to show better efficacy than that of isolated single plants.3

To verify genuine synergistic effects of botanical medicine preparations, detailed pharmacologic studies including controlled clinical trials performed in comparison with synthetic reference drugs are required. When examined in this way, many standardized plant extracts display complete therapeutic equivalence with reference drugs, along with comparatively few side effects, if any.9

By addressing multiple targets via botanicals, the combination of different plant chemicals acting on multiple biochemical pathways can cause an increased therapeutic benefit and increased bioavailability when compared to a single component working on a single target.5 An example of this type of synergy in the plant world involves an in vitro study of 2 common Chinese herbs, Astragalus membranaceus and Glycyrrhiza uralensis (Chinese licorice). When combined, Astragalus and Glycyrrhiza provide better cell protection, creating elevated antioxidant levels and greater antioxidant enzyme activity when compared with just the single herbs.14 In the next article, I will highlight many more examples of this type of plant synergy from peer-reviewed literature.

Despite its notable successes, the 20th century model of using a single drug acting on a single biochemical pathway is showing its age, especially when it comes to chronic disease. The model’s limitations, including massive problems of drug toxicity as well as poor efficacy in the face of complex chronic illness, have become evident. Over time, a slow trend in medicine can be seen moving away from this dogma of single drug applications towards more modern multi-drug cocktails.

This new approach also lends credence and legitimacy to botanical formulations because it provides a pharmacologic rationale and shows the wisdom of therapies containing multiple chemical compounds. Compared to single molecule drugs, plants can provide the therapeutic possibility of equal or greater efficacy with reduced toxicity. Continuing research into the synergy of botanical compounds should proceed to obtain, as comprehensive as possible, an understanding of botanical medicines for the greater benefit of humanity.

Jake F. Felice, ND, LMP, is a cannabis author, clinician, educator, and consultant whose vision is to advance the science and practical application of medical cannabis for medical and recreational markets around the world. Dr Felice provides world-class hemp and cannabis education experiences by speaking authentically about hemp and cannabis. He consults with healthcare providers and the general public. His Category-1 CME courses for doctors and pharmacists have now been translated into 4 languages. Dr Felice is the founder of Cannabis Matrix Consulting, LLC. He maintains a regular cannabis blog at drjakefelice.com. 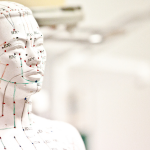 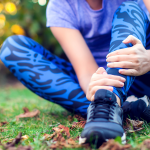