BK, a 32-year-old female at the time, presented to my office with a previously established diagnosis of systemic lupus erythematosus (SLE). She had been diagnosed 2+ years prior by her physician, at which point she began the standard of care for her condition: steroid drugs and the immunosuppressive drug azathioprine.

One of the patient’s chief concerns was skin changes that were becoming disfiguring and causing deep psychological trauma. Through tears, the patient provided photos of her appearance at the onset of her diagnosis through to the present, which showed a marked change. Furthermore, the patient was unaware that azathioprine itself has a side effect, among many, of causing increased sun sensitivity and its own rash.1 As a result of her worsening condition, the patient had “decided to try” this naturopathic and Ayurvedic doctor’s approach. I had treated this condition successfully in the past, but had never seen such severe skin reactions within the spectrum of skin changes that are part of the pathophysiology of SLE. I knew, at its base, this was a matter of detoxification and to provide an invitation for the body to heal itself. I was also well versed in Ayurvedic treatments that would harmonize both her mind and her body. In Ayurveda, all illnesses, let alone severe ones, must always contain a component that heals the mind. Given what we know now about the plethora of ways stress exacerbates autoimmune conditions, treatments for the mind should be considered by any physician treating any autoimmune condition.

At the first visit, BK’s symptoms included the classic butterfly rash, with erythema all over her face and also her neck. Additionally, the skin around her lips and eyes, and also on her fingertips, had begun to tighten in a style not unlike scleroderma. It is known that a great deal of crossover symptoms can occur between these 2 conditions, though such severity is rare.2 She also suffered from fatigue, malaise, bloating after every meal, mouth sores, and heart palpitations.

After the initial intake and lab work was conducted, given the severity of BK’s condition and the damage occurring to her organs, a 10-week Panchakarma regimen was prescribed. Panchakarma is an Ayurvedic detoxification program that systematically removes toxic burdens from both the body and mind in a slow and gradual manner in order to avoid damaging the body. For every patient, the treatment is individualized based on their presentation and workup.

In the case of this patient, dietary recommendations were made, including the removal of gluten and adherence to a predominately vegetarian diet that would include no less than 7 servings of vegetables and 3 servings of fruit per day. A small amount of cold-water fish was also permitted. In addition, several herbs were employed, listed in Table 1 with a simplified explanation for their use. The overall therapeutic principles included focused support for the liver and kidneys, modulation of the immune system, cooling the body off (as she has inflammation throughout her body), and healing the skin, since this was the patient’s chief complaint.

After the 10-week Panchakarma detoxification protocol, the patient returned to the office. She reported that she had been following the diet as prescribed and maintaining her herbal protocol. She stated that her energy was back and she felt stronger. Additionally, the skin of her face had decreased in its severely red presentation and lacked the tightness that had been apparent at her initial visit. Additionally, her labs had begun to improve. As this was after the detoxification protocol, this was expected. Now we would move into treatment phase 2: allowing the body to heal itself. The patient was told to continue on the herbs and diet, but to no longer use Panchakarma detoxification protocols such as therapeutic sweating and fasting.

At her 3-month follow-up, BK reported a marked improvement in all symptoms. Additionally, she was no longer requiring steroids to manage pain. Her lab results had also returned to normal values on all fronts. The most remarkable finding was that she no longer had any signs of inflammation on her face, and her skin had returned to looking like the photo she had wept for in our first encounter. At this point, she decided she would continue on the mostly vegetarian diet indefinitely, which I agreed would only serve her health. Her herbal regimen remained the same, except with all doses cut in half, to continue supporting the body as it continued to heal itself.

I saw BK 1 year after her initial visit. Her progress had remained, with no flare-ups or changes to her skin condition. At this point the patient was considered stable and in remission of her SLE. While it is known that there is no cure for SLE, this patient’s outcome could be considered as close as it gets to cure. Additionally, the patient opted for a modified annual Panchakarma detoxification treatment, to serve as a preventative. This is particularly important, since this is how Panchakarma is meant to be used. While Panchakarma treatments can do heroic things at times, it works even better when it is part of maintaining health, versus reacting to disease.

I have seen the patient annually for 7 years now, and she remains well.

The Power of Our Medicine

No matter how many times I see it, the power of both naturopathic and Ayurvedic medicine will never cease to amaze me. So many times we watch our patients heal themselves with natural therapies that are all too often overlooked or ignored, despite the fact that they do not even interfere with drug treatments. The only interference, you could say, is that they often cause the drug to not be needed. It is important to point out the effectiveness of herbal medicine when treating complex diseases, as well as the critical role diet plays in the foundations of health. In addition, by using herbs that support not just the body, but also the mind, proved essential for this case. When there is sadness, or a lack of hope, or fear, these emotions deeply impact the body, and herbs can be very useful in mitigating this suffering. Lastly, it bears repeating that we as naturopathic doctors are in the business of prevention. While we will always respond to disease as it appears, ensuring that our patients understand the impact of preventive treatments becomes just as important as treating the disease itself!

Virender Sodhi, ND, MD (Ayurveda) is an internationally respected Ayurvedic and naturopathic physician, and one of the first to practice Ayurvedic medicine in the United States. He received his MD (Ayurveda) after completing 6 years of medical training in India. He came to the United States in 1986 to share Ayurveda as part of a cultural exchange program. In 1988, Dr Sodhi graduated from Bastyr University. He treats patients at the Ayurvedic and Naturopathic Medical Clinic in Bellevue, WA. He also lectures extensively throughout both the United States and other countries and is the founder of Ayush Herbs, Inc. Website: www.ayurvedicscience.com. 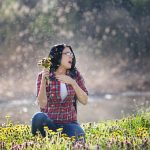 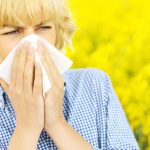