Allergy Symptoms: Eliminate the Cause

When I see a patient who has allergy symptoms such as runny nose, sneezing, and watery and itchy eyes, I consider all of the possible factors that laid the foundation for their symptoms. The underlying causes can include 1 or more conditions in the body that make histamine levels high enough to cause symptoms of allergy. The primary causes I have found in my patients include cortisol insufficiency (or adrenal fatigue), an over-burdened liver and/or genetic variations that impede the detoxification of histamine, poor gastrointestinal health, food intolerances, environmental chemical burden, and dietary and lifestyle factors.

Cortisol insufficiency is a common condition among patients with a history of stress, trauma, or excessive exercise. Their symptoms may or may not include fatigue, blood sugar drops after eating carbohydrates, dizziness upon standing, brain fog, low mood or motivation, anxiety, and a tendency toward overwhelm and/or startle.

There is evidence suggesting that endogenous cortisol is an important regulator of allergic disease and allergic inflammation.1 It is interesting to note that 2 patients of mine with chronic nasal congestion but no known allergies or other allergy symptoms were both found to have adrenal insufficiency. Both patients’ symptoms resolved with adrenal glandular treatment over 6 months, and stayed resolved after withdrawal of treatment. Besides mediating histamine release and inflammatory responses, cortisol is known to enhance the activity of epinephrine in the vasoconstriction of nasal passages.2

Saliva cortisol testing is a valid way to check for cortisol imbalances. A salivary panel offers the advantage of providing a free cortisol level as well as a 4-times-per-day sampling via a convenient at-home test kit.3 I have found that cortisol replacement can help tremendously in those patients found to have low levels.

Another common underlying cause of allergy symptoms is liver burden. This can be secondary to factors such as gastrointestinal dysbiosis or inflammation, functional issues due to inborn single nucleotide polymorphisms (SNPs), environmental toxicity, or lack of critical cofactors for proper hepatic function.

In terms of gastrointestinal health, we are looking at many potential contributing factors, including the resident microorganisms. Optimal dosing of probiotics has been shown to inhibit immune responses in the gut.4 Levels of beneficial bacteria are often inversely proportional to pathogenic bacteria or yeast. The overgrowth of potentially pathogenic bacteria can result in higher levels of endotoxins (lipopolysaccharide), which in turn can increase intestinal permeability (aka leaky gut).5 An abnormally porous intestinal lining promotes the development of food sensitivities by allowing food antigens to breach the intestinal mucosa; Consequently, histamine levels increase and allergy symptoms result.6 Candida overgrowth also contributes to leaky gut, toxins in the blood, and liver burden by stimulating interleukin (IL)-9 and mast cells.7

This is a good place to mention my argument with IgG food antibody testing. The “allergenic” foods, although possibly contributing to the body burden of histamine, are not the root cause of the problem. The testing may be useful to help diagnose leaky gut (a large number of positives on the test should arouse suspicion). Also, I’ve found that avoiding the “positive” foods on the panel may or may not alleviate patients’ allergy symptoms, regardless of their antibody levels. This tells me that other underlying causes are at play and that we should be doing a thorough investigation in our goal of healing the patient. Regarding IgE testing, because of the potentially life-threatening effects of consuming potent allergens, I recommend avoiding the food(s) if the level is very high.

I am an advocate of the O.G. Carroll Method of checking food intolerances. This is a bioelectric dermal screening, and the results include foods or food combinations that, when eaten, cause higher levels of toxemia.8

Other causes of leaky gut include the use of non-steroidal anti-inflammatory drugs (NSAIDs). Mucosal damage that increases gut permeability occurs in 60-70% of people using the medication on a regular basis.5 I find that as little as a monthly NSAID for a headache or menstrual cramps is enough to cause a problem. NSAID use has been shown to enhance food allergy reactions9 and would likely contribute to higher body histamine levels. The endotoxemia caused by leaky gut also promotes liver inflammation.5

Occasionally, I have to look at the role of heavy metals or other environmental toxins in patients’ immune dysregulation. Heavy metals are known to be immune system disruptors. For example, prenatal and early postnatal exposure to heavy metals such as lead and mercury are reported to produce a TH2 bias, which enhances the production of IgE antibodies and TH2 cytokines.10 Environmental chemical exposure can also disrupt the TH1 and TH2 balance and result in dramatically increased cytokine production.10 Fetal exposure to pesticides has been shown to be associated with allergies and hay fever in later life, especially in males.11

In my practice, I use post-DMSA challenge testing for heavy metals, and urine metabolite testing for environmental toxins. Detoxification protocols vary greatly, but often involve removing toxins from the body with methods such as heavy metal chelation, far infrared sauna, colonic hydrotherapy, and liposomal glutathione, duration 6 months to a year, and then retesting until their removal is confirmed. Of course, finding the source of the toxins and removing it can be challenging; however, this factor is vitally important.

As a side note, while helping my patients with detoxification, I often recommend colonic hydrotherapy. Over the years, I have had several such patients report a noticeable decrease in their seasonal allergy symptoms. This makes sense, given that colonic hydrotherapy ultimately supports a “dumping” of toxins from the liver. My own understanding is that when the colon is empty, the body deems it safe to release more toxins. When the colon is sluggish, one might assume that the body would not want to release toxins, as they could be harmful and also get reabsorbed through enterohepatic recirculation. I now look for signs of sluggish bowels in allergy patients and recommend colonics even if environmental toxicity is not a key factor.

Another important area to investigate is genetics. Two doctors who have published a substantial amount of information on this subject are Dr Paul Anderson and Dr Ben Lynch. SNPs in genes for DAO, MAOA/MAOB, NAT2, HNMT, or MTHFR can be related to allergy symptoms, as all of these are enzymes that are involved in histamine metabolism.12 Histamine intolerance, which is also referred to as histaminosis, involves impaired metabolism of histamine.12 The biochemical pathways for histamine detoxification require several vitamin and mineral cofactors, including vitamins B1, B2, B3, B5, B6 (as P5P), B12, folate, copper, magnesium, and zinc.13

There can be 1 or many underlying causes of allergy symptoms in a patient. Doing a thorough evaluation to identify the cause, and then helping the patient eliminate it, will create a healthier immune system that is also now balanced. As naturopathic physicians, seeing beyond the label of the dis-ease, and finding the root cause(s) of the patient’s imbalance most often proves to have the greatest benefit.

Wendy Wells, NMD is a member of the American Association of Naturopathic Physicians and the Arizona Board of Naturopathic Medical Association. She helps patients with a variety of acute and chronic issues, specializing in women’s health, hormone balancing, preventative medicine, chronic fatigue, food sensitivities, and weight management. Dr Wells is well known in the Phoenix valley as a gifted speaker, educator, and humanitarian. Her passion lies in helping patients find the source beneath health concerns, get their body back into balance, move towards total well-being, and set a course for wellness for life. Facebook: https://www.facebook.com/DrWendyWellsAZ 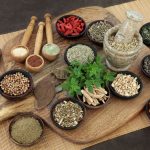 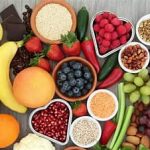