Our heritage is intertwined with the simplest, yet most powerful force, the vis.

Everyone in a complex system has a slightly different interpretation. The more interpretations we gather, the easier it becomes to gain a sense of the whole.

At some point, every dean among our eight accredited program sites has come across the yearning, most particularly among our students in their earlier years, to reach back toward what we call the “roots and traditions” of “the medicine.” That worry surfaces among practicing naturopathic physicians too. Indeed, it is a yearning and a worry together, in that the implications of professional formation in North America and elsewhere would seem to push us ever farther away from those roots. However, the irony is that for many of our new students, those very roots (which brought them to us in the first place) are counterpoint to contemporary naturopathic medicine. Our challenge is the persistent incongruity between what many of our students expect and what actually occurs in their experience in naturopathic medical education programs. This experience is a type of irony, whether it is allopathic pharmaceutical brands blanketing TV and magazine ads with blissful images of happy people taking drugs while the narrative voice in the background drones on melodiously about side effects such as death and seizures, or the irony of the famous 1974 US Consumer Products Safety Commission having to recall 80 000 buttons promoting “toy safety” because the buttons had lead paint and swallowable clips plus sharp edges. (Wall Street Journal, 2007, p.B1)

There are many forms of irony. There are several versions in play in naturopathic education and professional formation these days. There are ironic similes, for example, with which we are quite familiar. We say (A) but actually communicate (NOT A). I love Kurt Vonnegut’s use of ironic simile used in this way. In Breakfast of Champions, he writes about rattlesnakes. (Vonnegut, 1973) Well, we could double up on this example of irony with, “The AMA’s respect for naturopathic medicine is as pleasant and relaxed as a coiled rattlesnake.” Clearly, the AMA does anything but respect naturopathic medicine, nor are their strategies pleasant and relaxed. Or, we could say, “getting legislation passed in New York is as pleasant as a root canal.”

The point is that there is incongruity all over the statement and the experience that our naturopathic medical education learning outcomes include sufficient, deserved attention to the origins of the medicine, its philosophical framework, and its social construction. A similar alarm bell goes off when we see MDs and DOs (the latter not perceived as traditional osteopaths outside the United States; rather, they have become something else) settle for mono-sourcing of teaching and leadership when certifying their colleagues in “natural” and “integrative” approaches to health and healing. The irony here is that the biomedicine profession dissed such frameworks for decades and now that markets are shifting and evidence points out the inherent wisdom of the old ways, these clever rascals see market share and new research real estate to stake out.

I like Hegel’s take on irony. He wrote about the “crowding of world historical affairs,” pointing out that there was an ironic contrast between what he called the “absolute” and the “relative,” between the “general” and the “individual.” (Hegel, 1956, p.5) This took form in a phrase every philosophy student has either written an essay about or had to read an essay about: the “general [irony] of the world.” The general irony is that the exceptionality of the MD universe (reinforced in a post-Flexner world by social privilege and lots of money) ignores the real roots of “holism” and “natural” in this latest chunking out of market share and control. What our John Weeks calls the “white-coating of practices” (Weeks, 2013), adds to the biomedicine brand the very topsoil of naturopathic medicine – its roots, so to speak. However, that soil is hardly organic, if I may mix metaphors.

It is this very same ironic wrinkle, some members of our academic medical teams would say, which pervades our emergent handling of the teaching of nature-cure methodologies, protocols and theories in the naturopathic medical education curriculum. They also point out that medical pluralism is compromised by our systematically forgetting that past in the most pragmatic sense of integrating its most successful content and practices into the educational experience of our students. The pressure to comply with Standards of Care is real enough, and part of this equation. However, it is in our becoming more like the biomedicine people, and less like ourselves, that the rub lies.

That kind of tension is a kind of dramatic irony. You know, of the sort in which there is a contrast between what the character understands about what s/he is doing and what the play (the bigger picture) demonstrates about that player. There is a disparity of awareness between what we think we are doing in the marketplace of the Affordable Care Act and primary care, and what observers are beginning to do, from the safe berms of market insurance, or AMA strategic planning, or a particular state’s climate and appetite for medical pluralism and medical freedom of choice for citizens. The more pessimistic among us would see our circumstances as befitting tragic irony (the more we go along this path, the more likely we’ll be assimilated). Ours, though, is more a situational irony in which there is disparity between intention and result. For example, we want to have rights for our graduates as doctors with a scope valuable to patients and the profession, and respectful and expressive of how we are different from the biomedicine people (otherwise, like the DOs, we eventually become what we fight); so, we work hard to become part of the medical community and find ourselves having to comply with its frameworks and policies, often to the detriment of our origins, philosophy and protocols.

The terrain is complex and we need tools to understand the real destination and the best landmarks along the trek so that we do not lose our way. Naturopathic medical educators have a tough assignment. They must go forward with 3 boulders in their backpacks at all times: respect and savvy about where the roots and traditions of our medicine fit into the contemporary orthodox and heterodox medical systems in play; insight; and political and administrative acumen to assemble and sustain curricula which generate and deliver up to the marketplace naturopathic expertise.

Next month, in Part 2, we will consider a special manifestation of these questions, specifically what the Revitalization Retreats, the Gatherings and real NIM [natural integrative medicine] are telling naturopathic medical educators, irony notwithstanding.

The Healing Power of What?Education 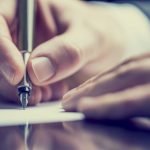 On the Path Toward Health and Healing: Interview with Barry Taylor, NDEducation