Hepatitis C: An Update on Comprehensive Assessment and Treatment Protocols 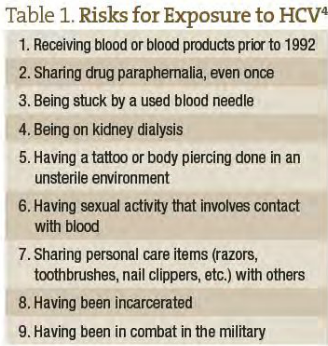 In August 2012, the Centers for Disease Control and Prevention1 published final recommendations for hepatitis C screening for the American public, a disease that now affects 5 million people in the United States (1 of every 50 individuals). The Centers for Disease Control and Prevention estimates that 1 in 30 baby boomers (those born between 1945 and 1965) is chronically infected with the virus, and approximately 75% are unaware of this fact because they do not perceive themselves to be at risk and have not been tested. In a recent analysis,1 only a little over half of those who were infected with hepatitis C virus (HCV) reported an exposure risk of injection drug use or blood transfusion before July 1992. Who are the remaining infected but unsuspecting estimated 3.75 million baby boomers? They may be the patients walking into your office with vague complaints of gastrointestinal symptoms, appetite changes, low-grade fevers, rashes (pruritus, lichen planus, or porphyria cutanea tarda), sleep disturbances, autoimmune thyroiditis, migratory arthritis, myalgia, peripheral neuropathy, visual changes (floaters), or simply fatigue.

Unfortunately, the usual screening laboratory test, a persistently elevated alanine aminotransferase (ALT) (2 positive laboratory results within 6 months), has been seen to be normal in about 30% of those diagnosed as having chronic HCV infection, so these patients would not have the usual “red flag” elevations of serum ALT.2 The median level of ALT in chronic HCV in one large cohort was only 48 U/L (reference range upper limit, 41 U/L).3 This phenomenon of “normal ALT” in chronic HCV infection exists because the laboratory reference ranges used by commercial laboratories do not take into account the numbers of undiagnosed persons with diabetes mellitus and individuals with mild to moderate chronic liver disease (remember those 3.75 million people with HCV who are undiagnosed in the general population?). When these groups are removed from the reference populations, the upper limits of ALT drop dramatically to 30 U/L in men and 19 U/L in women.3 When these revised upper limits are used to identify individuals who need to be screened for HCV infection, the sensitivity of this test improves dramatically. The hepatologists I have trained with are trying vigilantly to teach all primary healthcare providers to use these reference ranges when assessing the risk for liver disease.

The other useful tool for assessing risk is an accurate questionnaire. Including risk questions on a patient standard intake form tends to normalize them and increases your rationale for testing for HCV. Table 1 lists some important risk factors.4 You may need a reason to test for HCV because the US Preventive Services Task Force5 was not supportive of the recommendations by the Centers for Disease Control and Prevention, preventing the Affordable Care Act from covering the cost of testing.

What about the patients who come to you already diagnosed or believing they have been diagnosed even though they only have a positive HCV antibody test? Everyone who has a positive HCV antibody test needs a follow-up nucleic acid test (often referred to as a “viral load”). The standard antiviral test used by blood banks to screen for the presence of virus (often referred to as a recombinant immunoblot assay) is not the best confirmatory test and should be followed by a nucleic acid test (polymerase chain reaction, transcription-mediated amplification, or hepatitis B DNA viral load test). Actual viral load only matters if the treatment you are using lowers it more than 2 logs (2 decimal places). Any change less than that is just normal variation of viral reproduction and means nothing. Unlike chronic hepatitis B, viral load does not correlate with or predict the progression of liver disease or the risk for primary hepatocellular carcinoma. For more detailed information discussed in the remainder of the article, consult the online free e-book Hepatitis C Choices,4 written by research hepatologists and integrative health providers.

If your patients have a confirmatory viral load, the most important thing you can do to keep them healthy is to make sure they are not drinking alcohol (none, ever), counsel them about daily marijuana use and increased risk for fibrosis, and check for immunity to hepatitis A and B and human immunodeficiency virus.6 Acute infections with hepatitis A or B run the risk of fulminant hepatitis and death. Human immunodeficiency virus significantly increases the progression of liver disease, including cirrhosis and hepatocellular carcinoma. The standard medical protocol is to immunize for hepatitis A and B if the patient does not have immunity; if you do not want to suggest that they should be immunized for hepatitis A and B, educate them about exposure and risk avoidance.

Certain laboratory tests are important for all patients with chronic HCV. These are listed in Table 2.

When patients come to you to determine whether they require treatment, you need both laboratory test results and a good history to determine this. Patients might have been told by their primary care physician or a specialist that they qualify for treatment, but not all hepatologists agree about when treatment is actually necessary. Treatment is considered in the following situations: cirrhosis or precirrhosis (late stage 2, stage 3, or stage 4, determined by liver biopsy or equivalent), lymphoma, or vasculitis secondary to cryoglobulinemia. Female patients may elect to undergo standard treatment if they want to get pregnant in the future to eliminate the chance of passing the virus to their children.

It is sometimes helpful to determine the approximate time the virus was acquired to estimate the progression. For example, if your patient received a blood transfusion or used injection drugs (even once is enough to become infected) 30 years ago and not since, and if they have a recent liver biopsy result that was stage 1, they will probably not progress significantly. Most hepatitis C infections via injection drug use were acquired within the first 6 months of use, and blood transfusion was an effective means of transmitting the virus (until the blood supply became HCV negative in 1992). Given that scenario and no complications from comorbid conditions, it is a safe bet that such a patient will not need standard treatment (ie, as long as he or she does not acquire hepatitis A or B or human immunodeficiency virus or begin drinking alcohol). The patient still needs to be followed up with a repeat liver biopsy or the equivalent (transient elastography or serologic fibrosis marker test) every 5 years and counseled about alcohol and marijuana use.

On the other hand, standard treatment may be necessary or chosen by the patient as the preferred course of action. The current standard of care is ribavirin and pegylated interferon for genotype 2 or 3 or with the addition of either direct-acting antiviral telaprevir or boceprevir for those with genotype 1a or 1b. These therapies have significant adverse effect profiles and are contraindicated. Ribavirin, an antiviral, may cause anemia due to red blood cell hemolysis. The addition of 1.2 g of eicosapentanoic acid with 600 mg of vitamin C and 300 IU of vitamin E has been shown to prevent hemoglobin decreases during therapy.10 Zinc
(zinc/l-carnosine chelate) has also been shown to be helpful in minimizing adverse effects during treatment, both decreasing gastrointestinal symptoms and preventing anemia when used in conjunction with vitamin C and vitamin E.11

Vitamin D3 deficiency is a serious problem in liver disease, and vitamin D deficiency in HCV infection can reduce the chance of responding to standard treatment, as well as increase the risk for fibrosis.9 Vitamin D has been shown to suppress hepatitis C viral replication in vitro, and supplementation with 2000 IU/d of vitamin D resulted in a dramatic increase in the response to standard therapy in all genotypes.12-14 Vitamin D levels are commonly assessed in patients with chronic hepatitis C, and supplementation to maintain optimal levels is becoming standard practice.

Vitamin B12 supplementation has also been found to increase the chance of responding to standard treatment when given at a dosage of 5000 mcg intramuscularly every 4 weeks for the duration of therapy.15 This study was encouraging, particularly in hard-to-treat
patients with genotype 1, who are much less likely to respond to standard ribavirin treatment than are those with genotype 2 or 3.

General care for patients with HCV includes assessing and treating nonalcoholic fatty liver disease; hepatic steatosis can increase the risk for fibrosis and negatively influence the response to therapy. Attaining a normal body mass index is crucial in the treatment of steatosis, but a reduction as little as 2.6% of body weight has been shown to decrease steatosis on liver biopsy.16 Quick weight loss, however, is contraindicated in those with steatosis because a rapid influx of fatty acids from the breakdown of adipose tissue can accelerate the process of steatosis and lead to a progression of fibrosis. Safe weight loss is no more than 3.5 lb per week for adults and 1.1 lb per week for children and adolescents. Important nutrient and botanical interventions for steatosis and insulin sensitivity often seen in HCV-related nonalcoholic fatty liver syndrome include phosphatidylcholine (775 mg/d)–based silybin (350 mg/d), in addition to vitamin E (360 IU).17 Research among patients with HCV reveals low levels of vitamin E, glutathione, selenium, vitamin A, and vitamin C, even in those without evidence of hepatic fibrosis.18

There are currently no botanical or nutrient-based therapies that can achieve the same sustained viral responses shown by standard interferon-based treatment. The only evidence that a botanical may be effective as an antiviral is the recent data on using intravenous silibinin (10 mg/kg).19 When this botanical was administered intravenously for 8 days in patients with HCV who had previously failed standard treatment, the viral load was significantly reduced, and retreatment with pegylated interferon and ribavirin was more effective. More silybinin-based research is ongoing in Europe, and the results of these trials will reveal more about the antiviral effects of silybinin.

Intriguing research with ozone, both intravenously and rectally, has shown some promise in Egypt, where incidence rates are the highest in the world (>10% of the population are chronically infected with HCV).20 The Department of Tropical Medicine and Gastroenterology at Assiut University in Assiut, Egypt studied the results of ozone therapy in patients with chronic hepatitis C. They found normalization of ALT in 57% and elimination of virus in 25% of 40 patients who had received 30 sessions of autochemotherapy with ozone.

In the meantime, individual assessment and nutrient supplementation for each patient with chronic HCV infection is stressed. This approach will offer the most effective treatment protocol we can provide. 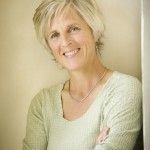 Lyn Patrick, ND graduated from Bastyr University (Kenmore, Washington) in 1984 and for the past 15 years has been working with individuals infected with hepatitis C. This work includes participation in an international Physicians Brainstorming Team through the Hepatitis C Caring Ambassadors, a nonprofit advocacy group. She is a coauthor of the e-book Hepatitis C Choices. She is also teaching an online education course for healthcare providers in integrative treatment of chronic hepatitis C with Dr Misha Cohen through Sylvan Institute of Botanical Medicine (http://sylvanbotanical.com/classes/introduction-to-hepatitis-c-integrated-chinese-medicine-w-misha-cohen/) and is available for physician consults regarding chronic hepatitis C management (http://wellnessintegrative.com/about-dr-patrick/).
References 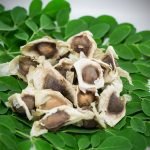 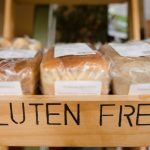