Polyneuropathy, also known as peripheral neuropathy, refers to a gradual process affecting the function of many peripheral nerves, especially distal.1 This phenomenon differs from mononeuropathy, in that the latter affects a single peripheral nerve, as is seen in carpal tunnel syndrome and sciatica.1 A number of possible etiologies contribute to the onset and progression of polyneuropathy, including type 2 diabetes, autoimmunity, toxin exposure, infection, genetic influence, and environmental agents. These etiologies should be assessed and ruled out before a working diagnosis is formed. The epidemiology of polyneuropathy is unclear, largely because the disease is extremely variable in its severity, etiology, and even pathology, within a population.1

In this article we describe the process of formulating a treatment plan for a 56-year-old man who presented to the Bastyr University California clinic with a chief concern of peripheral neuropathy. Our main clinical question was whether intravenous (IV) alpha-lipoic acid (ALA) and vitamin B12 therapy could reduce symptom severity and frequency in patients with peripheral neuropathy.

Type 2 diabetes is the most common disease process that results in peripheral neuropathy.1 The mechanism is complex but is likely caused by an inflammatory reaction resulting from chronic hyperglycemia.1 It is estimated that 50% of diabetic patients will experience neuropathy during their lifetime.2 Autoimmune reactions may also promote peripheral neuropathy due to demyelination, including Guillan Barré syndrome, multiple sclerosis, and pernicious anemia. Toxins and environmental agents can also play a role in the development of polyneuropathy, such as alcohol abuse, hypoxemia, prolonged cold or heavy-metal exposure, and chemotherapy treatment. Certain hereditary conditions, such as Charcot-Marie-Tooth disease, Krabbe disease, and porphyric neuropathy, predispose individuals to demyelination that leads to neuropathy.1 Clearly, a thorough history and intake is pivotal in forming a working diagnosis and initiating treatment.

Another aspect to consider is whether a patient’s neuropathy is central or peripheral in origin. A thorough neurological exam is necessary to determine the source of the neuropathy. Pathologic reflexes, such as the Babinski reflex or Hoffman’s sign, suggest central pathology. Hyporeflexia or areflexia points to a peripheral problem. On motor examination, increased tone on passive movement of the extremities suggests a central nervous system (CNS) process, whereas atrophy of muscles isolated to a specific root or peripheral nerve places the problem in the peripheral nervous system. Sensory loss that follows a specific nerve or root territory, and which can be brought on by positional changes, is suggestive of a peripheral process. In a patient presenting with sensory loss or bilateral numbness and tingling in the feet, peripheral polyneuropathy is the most likely explanation.1

There are several possible approaches to treating peripheral polyneuropathy, largely influenced by its etiology. Methylcobalamin and ALA have both been used to treat polyneuropathy. Methylcobalamin (methylated vitamin B12) is an important methylation agent in a number of physiologic reactions, including serving as a cofactor in the conversion of homocysteine to methionine. It helps to synthesize and maintain myelin sheaths on nerves, and has been shown to increase nerve conduction velocity.3 ALA regenerates antioxidants such as vitamin C, vitamin E, and Coenzyme Q10. It also increases intracellular glutathione, one of the most powerful antioxidants in the body.4 Because ALA crosses the blood-brain barrier, it is a potent therapy for targeting neurological dysfunction.

Based on this research and mechanisms of action, it seemed plausible that a combination therapy of IV ALA and methylcobalamin could be effective in treating the symptom severity and frequency of polyneuropathy experienced by this patient.

A 56-year-old Caucasian male presented to the Bastyr University California clinic with a chief concern of peripheral neuropathy. He reported numbness and tingling sensations that began about 3 years prior in his feet, which then spread to his knees over a period of 3 months, and then throughout his entire body over the previous 6 months. In the office he reported numbness of his face, hands, legs, and back, particularly on his right side. He reported that parts of his limbs and back felt like they were “missing.” He denied nerve pain. The neuropathy has become debilitating, in that he cannot work more than an hour a day. The numbness is rated at a 5/10 in terms of severity.

He also experiences muscle spasms and phantom itching, both of which have occurred for at least the past 1 ½ years. His hands will occasionally shake, though a tremor was not noted in the office. He had previously tried 4 treatments of IV immunoglobulin, but reported that he felt horrible during treatment and that it did not resolve any of the pain or numbness.

Past medical history was pertinent for chronic fatigue syndrome, megaloblastic anemia, and asthma. His allergies tend to flare about once per week, and he uses an over-the-counter decongestant 4 times per day to relieve symptoms. Family history is pertinent for Parkinson’s disease in both parents. Current medications and supplements include aspirin (325 mg/d), acetaminophen (PRN), vitamin C (2 g/d), vitamin B12 (5 mg/d, sublingual), and vitamin E (200 mg/d).

Physical exam revealed a diminished sense of vibration and sharp/dull discrimination in both feet; both hands were normal. He walks with a cane and has a shuffled gait, with prominent left ankle supination. Muscle strength in both upper and lower extremities was +5 bilaterally, and deep tendon reflexes were +2 bilaterally. Distal pulses were +2 in both upper and lower extremities.

Our differential includes megaloblastic anemia, type 2 diabetes, B12 deficiency, MTHFR mutation, vitamin D deficiency, and Parkinson’s disease. We requested to order labs through Kaiser to rule out these conditions, since his most recent lab work was completed during the previous year. In addition, we provided the patient with a diet diary and sleep journal in order to assess any relationships between diet/sleep and his peripheral neuropathy; he was asked to bring these to his next visit.

His current labs revealed megaloblastic anemia, which was consistent with his last CBC. The CMP was within normal limits and the estimated glomerular filtration rate (eGFR) was >90 (normal). As a result, we plan to recommend IV ALA and methylcobalamin to improve his symptoms and potentially reverse the demyelination process. We will also incorporate ALA into his daily oral supplement protocol, as well as switch his current B12 supplement to a methylcobalamin form in order to increase its efficiency.

Prior to initiating treatment, a MYMOPS (Measure Yourself Medical Outcome Profile) initial form and a full neurological exam will be completed. Treatment of IV ALA (250 mg/mL) with high-dose B12 push (20 mg/mL) will be administered for the first 2 weeks, then titrated to 500 mg/mL of ALA for the last 2-4 weeks (see Table 1), for a total of 4-6 weeks of IV therapy, depending on patient tolerance and symptom progression. Supplements will be modified and/or added, as shown in Table 2. A MYMOPS follow-up form and full neurological exam will be performed at the end of treatment.

High-dose methylcobalamin has demonstrated efficacy in treating polyneuropathy.5 In a clinical trial, 25 mg/day of methylcobalamin was intravenously administered to 12 patients for 10 days, which was then followed by monthly IV administration of 25 mg methylcobalamin for 5 months, The primary endpoints were safety and improvement in the Medical Research Council (MRC) sum score in at least 2 of the 20 muscles tested. The MRC sum score was improved in 7/12 patients, and was either unchanged or worse in 5/12 patients. No adverse reactions were reported.5

A meta-analysis found that treatment with lipoic acid (300-600 mg IV) with methylcobalamin (500-1000 mg IV) for 2-4 weeks was associated with better outcomes in nerve conduction velocity and neuropathic symptoms compared with methylcobalamin treatment alone.6 Therefore, a combination approach to treatment might be more beneficial in this case than IV ALA or B12 individually. More research is needed to assess the benefit of oral supplementation of ALA and B12 in addition to IV therapy. Due to the complexity of this case and addressing the legitimacy of our clinical question, we elected to postpone all additional supplementation listed in Table 2 until after the last IV therapy treatment and MYMOPS assessment, to prevent confounding factors from influencing the clinical outcome.

Research suggests that omega-3 fatty acids may stop the progression of neuropathy and support neuron growth in type 1 diabetes (T1DM) patients with neuropathy. One study assessed the progression of diabetic neuropathy after 12 months of omega-3 polyunsaturated fatty acids (ω-3 PUFA) supplementation in patients with T1DM.7 The researchers used corneal nerve fiber length (CNFL) as a determinant of regeneration, and found that 12 months of ω-3 supplementation was associated with an increase in CNFL in the patients.7 Fish oils can also help reduce levels of triglycerides and inflammation, which are commonly increased in diabetics.8 This therapy may thus be effective in treating neuropathic pain associated with inflammation.

Another study compared the effectiveness of acetyl-L-carnitine (ALC) to methylcobalamin.9 A total of 232 patients were randomized to receive either oral ALA 500 mg TID (n=117) or methylcobalamin 500 µg TID (n=115). After 24 weeks of treatment, all patients showed significant reductions in scores for both neuropathy symptoms and neuropathy disability, with no significant difference between the groups. This study indicated that ALC and methylcobalamin have comparable efficacy in improving symptoms and neurophysiological parameters in diabetic peripheral neuropathy patients.9

Traditional Chinese Medicine has also been used as a treatment for peripheral neuropathy. A meta-analysis reviewing 15 studies utilizing acupuncture in patients with polyneuropathy suggested that acupuncture may be beneficial in certain types of neuropathy.11 The majority of studies analyzed showed benefits of acupuncture compared to placebo in the treatment of diabetic neuropathy, carpal tunnel syndrome, and Bell’s palsy; however, there was insufficient evidence for its benefits in idiopathic neuropathy. Acupuncture was also found to improve nerve conduction in both motor and sensory nerves.11

Finally, both strength and balance training are likely to improve gait in diabetic peripheral neuropathy (DPN) patients. Thirty patients with DPN and 30 controls participated in a study evaluating these factors.12 Spatiotemporal gait, functional mobility, balance, and ankle isometric muscle strength were all significantly impaired in DPN patients compared to controls. It thus makes sense to incorporate exercise and balance training into a neuropathic patient’s regimen.

In conclusion, there are several aspects of this case that still need to be compiled before making a final assessment and proceeding with treatment. Given our patient’s symptoms, IV methylcobalamin and alpha-lipoic acid appears to be a promising intervention. Additional supplement and lifestyle intervention, based on the compiled research, may also improve clinical outcome.

Baljit Khamba, ND, MPH, is a licensed naturopathic doctor in California. Dr Khamba completed her (honors) Bachelor of Science degree (specializing in psychology), as well as her Masters in Public Health degree, at York University, in Toronto, Canada. She received her naturopathic doctoral degree from the Canadian College of Naturopathic Medicine (CCNM), also in Toronto. She was also involved with research projects at the University of Alberta on natural health product safety. Dr Khamba is a member of the American Osteopathic Association of Prolotherapy Regenerative Medicine. 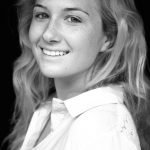 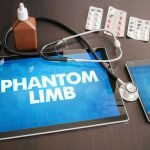 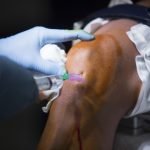