In this article, I describe naturopathic approaches in treating a 96-year-old male with phantom limb pain. The patient’s symptoms had been present ever since an above-knee, right-sided amputation in 1982 – a result of an accident followed by the onset of gangrene following reconstructive surgery.

What is Phantom Limb Pain?

Phantom limb pain (PLP) is pain in a missing body part after it has been amputated. Ambroise Paré, a French military surgeon and one of the fathers of surgery, first described this condition in the 16th century.1 About 85% of the 1-million new amputees per year experience PLP.2 For most of these amputees, the condition improves over time. However, for about 5-10% of them, this condition persists throughout their lives.2 It can be so severe that it can lead to depression and suicide.

PLP is typically worse at night because there are fewer distractions during this time.

Many amputees experience PLP several days prior to storms or changes in weather. The more severe the changes, the greater the pain. One possible reason that changes in weather have this effect is that electromagnetic waves emanating from approaching low-pressure air masses travel faster than their originating air masses.

Proposed mechanisms of PLP have included damaged nerve endings in the stump, scar tissue caused by the amputation, and “rewiring” of the brain and/or spinal cord: When the brain and spinal cord no longer receive signals from the missing limb, they send out pain signals to indicate that something is wrong.

As of yet, there is no effective standard medical treatment for PLP.

In this patient, PLP was initially felt in the missing toes post-amputation, but was now felt in the distal stump. PLP would commonly occur 2 to 3 days prior to changes in weather, especially sudden (<24 h) drops in temperature of about 10oC. His PLP occurred most frequently in spring and fall – when changes in weather are the most erratic – and also in cold, damp weather.

Prior to naturopathic treatment, the patient’s pain was paroxysmal, depending on the weather and humidity. About twice per year, usually in spring and fall, the patient required trips to the hospital for morphine injections of up to 15 mg to relieve pain (10/10 intensity), in addition to taking several doses of acetaminophen with codeine. The pain was sharp and stabbing in nature, almost knocking the patient down, and would persist for several days and nights continuously.

Acetaminophen with oxycodone was also prescribed by an ER doctor in order to keep the patient from coming to the hospital during episodes of severe pain. However, the patient stopped taking it because of brain fog and confusion that would persist for several days afterwards. This drug combination was also ineffective during episodes of severe pain.

The following naturopathic modalities have been tried with this patient, with varying success over the last 6 years.

When the patient immerses the stump in hot water, or sits in a hot bath with both legs immersed, the pain disappears completely. Particularly severe pain is the exception, in which case the pain is significantly reduced. However, severe pain returns shortly after the patient exits the bath, and with similar intensity. Epsom salts are sometimes added to the bath. The patient noted some improvement with the addition of Epsom salts.

Other Sources of Heat

The patient finds an electric heating pad placed on the stump to be effective at alleviating mild PLP. For moderate-to-severe PLP, he uses an infrared lamp, which helps alleviate pain for a short time.

This patient tried using a proprietary fabric product designed to block electromagnetic fields (EMFs), but he did not find it to be effective. Specifically, this product is supposed to block the pain-inducing, high-frequency EMFs and allows the calming, lower-frequency EMFs to pass through the fabric.

Mirror therapy (placing the stump of the amputated limb in front of a mirror and watching one’s movement of an intact limb to create the illusion that the amputated limb is intact and pain-free) was also attempted with this patient. However, it was ineffective, possibly because he had already been an amputee for more than 25 years.

For this patient, acupuncture treatment was found to be a very effective way of treating episodes of severe PLP. The patient was treated for Qi and blood stagnation. His tongue was red with a thin white coat, and his pulses were bounding and irregular. Points used were LV3 (left foot only), LI4, PC6, and Yintang, and the “surround the dragon” technique was used on the distal stump, with electrostimulation to tolerance. This treatment had a similar effect as morphine but without the side effects – significantly reducing or eliminating the pain and relaxing the patient – and took about the same amount of time to take effect, about 20 min.

Scalp acupuncture also helped to reduce pain severity and frequency over the long term. Rewiring of the sensory cortex in the brain is currently thought to be the cause of PLP.4 Areas needled included the upper one-fifth of the sensory area of the brain, which matches the homunculus (left side); the foot motor and sensory area (both sides); and the chorea and tremor area (left side). Needles are stimulated by rotating them rapidly between the fingers at 200 rpm for 1-3 min every 10 min.4 Needles are retained for 40 min to 1 hour. This treatment also had a similar effect as morphine on severe pain.

The patient takes gamma-aminobutyric acid (GABA), up to six 600-mg capsules per day, as needed. GABA is an inhibitory neurotransmitter in the CNS that reduces the perception of pain.5 It helps to alleviate mild-to-moderate pain in this patient.

I have also found that niacin, taken for the niacin flush, can be very effective at relieving pain in the stump during episodes of severe pain when the weather is cold and very damp. For this patient, the dose is 250 mg of regular niacin. Lower doses (50-100 mg) may be effective for milder pain. I have found that at the height of the flush, the pain resolves. It very gradually returns again after the flush, but at a much lower intensity.

In this patient, PLP still persists, but has been significantly reduced despite climate change and its resulting unpredictable weather patterns. The patient’s quality of life has improved and he no longer needs to go to the hospital for morphine injections. He no longer takes gabapentin or acetaminophen with codeine. Severe pain now occurs only every few years and is significantly reduced using acupuncture treatments and/or niacin during these episodes.

Phantom limb pain is a complex condition that is challenging to treat. Every amputee experiences it differently, and every episode of PLP is different. PLP patients should be encouraged to keep a diary to help determine which conditions (eg, heat, cold, pressure changes, temperature changes, weather, humidity, stress, etc) improve or exacerbate their individual pain. Patients should also be encouraged to try different treatments to determine which ones work best for them and under which conditions. What works for one person may not work for another. Mental/emotional issues may also be at play, and patients can be encouraged to explore them; however, each patient’s individual journey should be respected. Naturopathic modalities have been found to be much more effective than prescription painkillers in treating PLP. 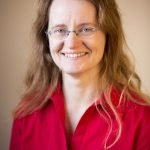 Lina Mockus, ND, is a licensed naturopathic physician and a graduate of the Canadian College of Naturopathic Medicine (CCNM). Dr Mockus lives and practices in Toronto, Canada. Her areas of special interest are healthy aging and mental health. 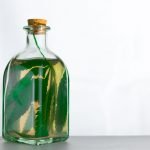 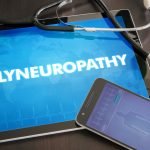