Chemotherapy-induced peripheral neuropathy (CIPN) is a severe side effect of certain classes of chemotherapy drugs, namely taxanes (paclitaxel, docetaxel), platinum-based drugs (oxaliplatin, cisplatin), vinca alkaloids (vincristine, vinblastine), and proteasome inhibitors (bortezomib).1 Frequently experienced symptoms include sensory changes such as numbness, tingling, burning, and shooting sensations, as well as motor changes such as muscle weakness, stiffness, and impaired balance.1 Muscle cramps, however, are another frequently encountered motor disturbance, and one that is often under-identified and under-recognized as being a part of CIPN.

A limited number of journal articles mention muscle cramping, or associated splaying of the fingers and toes, as a symptom of CIPN,2 and reviews of CIPN most often cite the aforementioned sensory and motor symptoms as the main features to inquire about. However, muscle cramps are common in a variety of neuropathic conditions. For example, a prospective study of 110 adults with Charcot-Marie-Tooth disease showed that 23% of participants had multiple daily muscle cramps, 22% of whom stated that these cramps had a significant negative impact on their quality of life.3 In a small prospective study of 51 patients with type 1 diabetes and 69 patients with type 2 diabetes, muscle cramps were the most frequent symptom reported on the Toronto Clinical Neuropathy Score.4 A study of 225 adults with various forms of polyneuropathy reported that 63% of them experienced cramps an average of 6 times per week, for which they scored an average of 6 out of 10 on a pain scale.5 Muscle cramping is clearly a common feature of neuropathic conditions, and an important symptom of inquiry in CIPN.

Despite the poor characterization of muscle cramping in CIPN in medical literature, it is a clinically meaningful patient complaint. During a muscle cramp, fingers or toes may get pulled in the opposite direction, and cramps in the feet can spread up the legs. Muscle cramps can be brief, lasting only a few seconds, or they can be sustained, lasting up to 15 minutes. Patients describe them as very painful and exhausting. They can occur a few times per day, or can be as frequent as numerous times per hour. Muscle cramps can interfere with any kind of work that requires standing or walking or frequent use of the hands. They can also cause a great deal of trepidation while driving.

The pathophysiology of muscle cramps is thought to involve neuronal hyperexcitability, involving persistent sodium-channel activity and/or decreased potassium conductance.8 Muscle cramps are also thought to involve decreased γ-aminobutyric acid (GABA), a major inhibitory neurotransmitter of the nervous system.9 Muscle cramps have no proven association with electrolyte abnormalities, anemia, glucose levels, thyroid function, or kidney disease, and therefore routine blood tests are not helpful in searching for an etiology.10 Electrolyte replacement therapies are also generally not helpful and not recommended.10 Other treatments that may be helpful during a muscle cramp, such as muscle stretching, are worth a try to minimize the duration of an acute cramp. However, because the pathophysiology of muscle cramps with respect to CIPN is due to neurotoxicity, these treatments are not addressing the underlying cause of the muscle cramps.

An ideal treatment for muscle cramps in CIPN is one that addresses the root cause of the problem. Acupuncture has numerous mechanisms of action, and based on these mechanisms it is logical to understand how acupuncture can help to alleviate muscle cramps. Acupuncture exerts some of its effects via involvement of the opioid system, and expression of the delta-opioid receptor inhibits sodium-channel activity and thus attenuates sodium-potassium homeostasis in neurons.11,12 Delta-opioid receptor expression also reduces GABA uptake, thereby increasing its levels in the extracellular space.13 As previously mentioned, while hydration, electrolyte replacement, and passive stretching are common recommendations, they are rarely effective in CIPN. Acupuncture is safe and minimally invasive, and treatment for CIPN with manifestations of muscle cramps can include acupuncture as first-line treatment.

Sandra was a 60-year-old female diagnosed with stage-3 invasive ductal carcinoma. She was treated conventionally with 6 rounds of doxorubicin, cyclophosphamide, and docetaxel. She sought integrative cancer care for side effects related to chemotherapy – mainly joint and muscle pain. She also complained of painful cramps she experienced in her hands every morning, which lasted about 1 hour each day upon waking. She described an inability to uncurl her fingers or relax her hands, and how her fingers could be fixated in flexion or extension. Her treatment included acupuncture points PC6 and LI12 bilaterally, twice per week for 3 weeks. After this treatment regimen, she reported that her muscle cramps were completely alleviated.

The Significance of PC6 and LI12

Using a neuroanatomical approach, PC6 overlies the median nerve. Shallow needling will stimulate the palmar cutaneous branch, but deep needling will stimulate the trunk of the median nerve, which passes through the carpal tunnel. The median nerve innervates many of the flexor muscles that became contracted during muscle cramps. LI12 is closely associated to the trunk of the radial nerve, which innervates all of the muscles of forearm extension. Acupuncture directly to these nerves normalizes the activity of the muscles of hand and finger flexion and extension.

David was a 71-year-old man diagnosed with multiple myeloma; he was heavily treated with chemotherapy, including the highly neurotoxic bortezomib. While David complained of both sensory and motor peripheral neuropathy, a car crash, occurring as a result of his painful lower leg and foot cramps, brought him in to the clinic. He described his pain as “cramps on steroids,” the frequency of which could be 10-20 times per day at a 10/10 level of pain. I witnessed him having several cramps in my office during treatment, which caused him to yell out in pain. Acupuncture treatment included ST36 and KI7 bilaterally once weekly for 7 weeks, as he could only attend the clinic once per week. I also used electrostimulation at 40 Hz for 20 minutes. After 7 weeks, David reported his muscle cramps now only occurred 2-3 times per day at an intensity of 5/10, which he was very happy with.

The Significance of ST36 and KI7

ST36 is associated with the deep peroneal nerve – just before its trifurcation – which innervates tibialis anterior, extensor digitorum longus, and extensor hallucis longus. The deep peroneal nerve lies on the outer surface of the tibia; therefore, needling down to the bone is necessary to affect the motor function of these muscles. KI7 is associated with the trunk of the posterior tibial nerve, which innervates all of the muscles of the posterior leg compartment. Acupuncture directly to the nerves that balance the muscles responsible for foot flexion and extension can greatly normalize their activity.

Muscle cramps are an under-identified symptom of CIPN that can greatly affect the quality of life of patients struggling with this side effect. Patients with CIPN often have limited treatment options presented to them, but certain features of CIPN can be effectively treated. From my own clinical experience, muscle cramps as a part of CIPN are greatly alleviated by acupuncture. 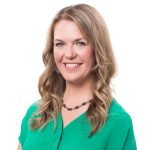 Jessa Landmann, ND, graduated from the Canadian College of Naturopathic Medicine in Toronto in 2013. She practices in Calgary, Alberta, at Vive Integrative Health Group. Dr Landmann’s practice focuses exclusively on integrative cancer care, and she has been invited to present her research at journal clubs. She was a co-investigator for a recent clinical trial studying acupuncture for cancer-related pain at the Holy Cross Site of the Tom Baker Cancer Centre. Dr Landmann has extensive experience with CIPN and has a keen interest in neuroanatomical acupuncture. 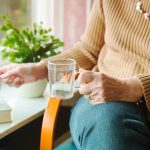 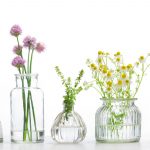 Medical Resources for NDs: A Review of Current Publications for the Naturopathic IndustryEducation, Neurology, Pain Medicine