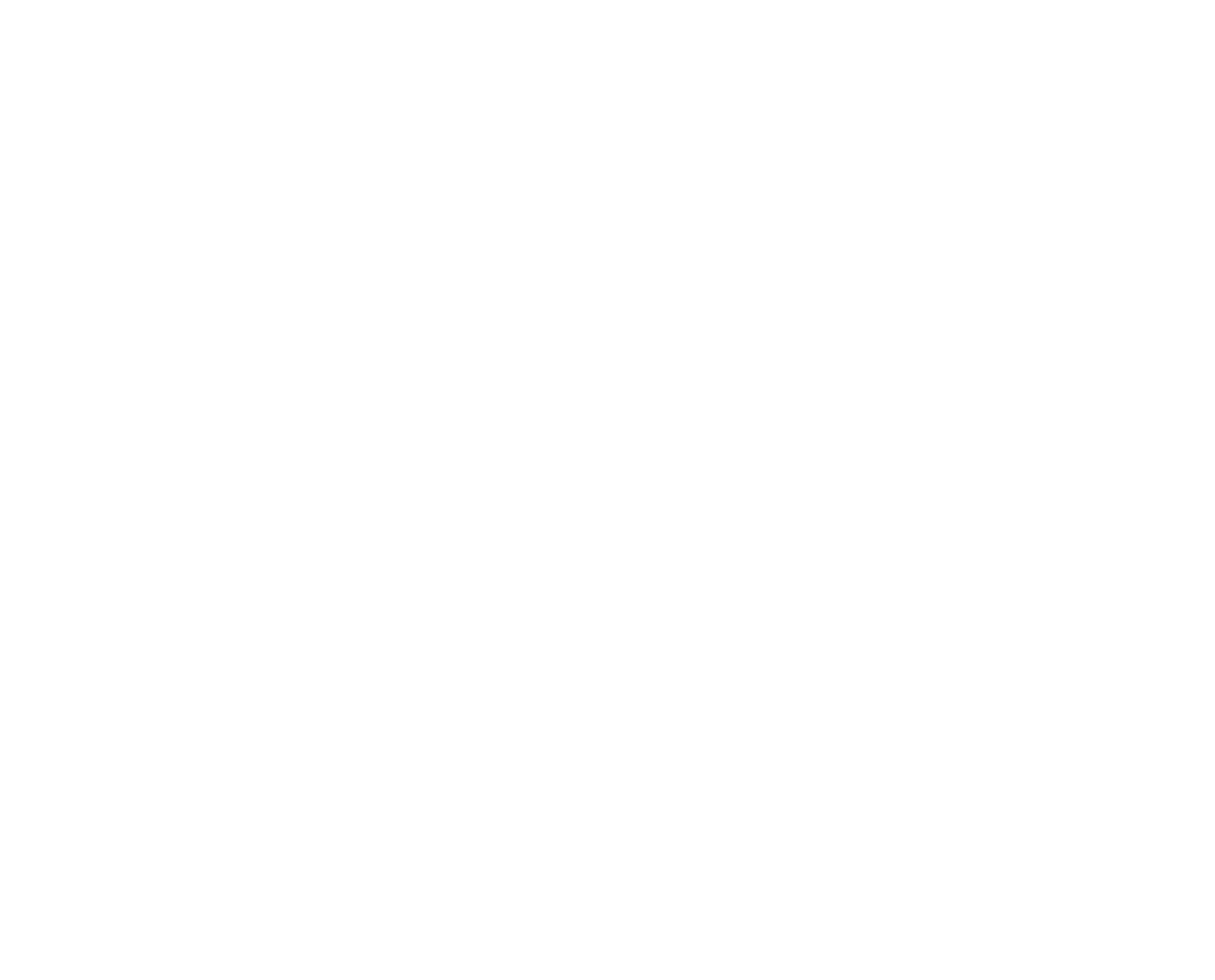 Despite strenuous efforts from the beginning to link up directly with the higher education community, CMCC remains to this day an unaffiliated Ontario nonprofit corporation

The likelihood is that the next half-dozen naturopathic programs here in America will be within existing post-secondary institutions, rather than in standalone colleges such as John Bastyr College used to be and as SCNM and NCNM mostly are. As the profession gears up to support this inevitable program growth, there is a useful history to know about. That story is about the Canadian chiropractic profession’s decades-long efforts to situate its educational preparation programs in the higher education landscape in order to achieve professional legitimacy. The American profession learned that lesson early and would do well to keep it in mind over the next two decades in particular.

We can trace the path of the chiropractors who focused early on creating an educational foundation in the province of Ontario at the same time as their American counterparts were busy establishing standalone chiropractic colleges in several states (Keating et al., 1998). The chiropractors identified goals for standardized professional preparation. They knew that to establish their profession in the gathering climate of standardization, they needed to make consistent the educational and clinical standards for practitioners (Wardwell, 1951, 1972). The chiropractors learned from the earlier homeopathic doctors, who had found a place in the medical establishment decades before in the 19th century, prior to the allopathic community blanketing the continent with the standardized preparation and evaluation growing out of the Flexner Report and the work of the General Education Fund after 1911 in the U.S.

The chiropractors eventually would be recognized by biomedicine later on in the 20th century (by 1978 they had managed licensing or registration, with varying scopes, in every state of the U.S. and province of Canada), albeit reluctantly on the part of mainstream medical doctors.

In terms of chiropractic professional formation in Canada, three chiropractic colleges had been established in Ontario in the second decade of the 20th century, decades before a naturopathic college took form. However, by the time the Ontario Drugless Practitioners’ Act was passed in 1925 (linked to similar developments in Connecticut, New York and Massachusetts at that time), providing a regulatory framework for chiropractors and naturopaths, among others, all but one of those early colleges had already closed. The Toronto Chiropractic College shut down in 1928. The Robbins Institute in Sault Ste. Marie, which closed in 1914, provided a nine-month, full-time course. The Canadian Chiropractic College in Hamilton had at various times a 12- and 24-month program. The Toronto Chiropractic College offered a 12-month curriculum that “eschewed and denigrated everything but straight chiropractic” (Keating et al., 1998, p. 31).

One institution, however, emerged from this medley: the Canadian Memorial Chiropractic College (CMCC). Founded in 1945, by 1949 it had graduated its first cohort of 75 students, including 52 World War II veterans (Keating et al., p. 125). However, despite strenuous efforts from the beginning to link up directly with the higher education community (in the early 1960s, for example, Earl Homewood, CMCC’s president, ramped up that intention as he worked to create a chiropractic school within Brandon University), CMCC remains to this day an unaffiliated Ontario nonprofit corporation, just like CCNM. And, just like CMCC, CCNM has persisted along an often bumpy path of aspiring to create a critical mass of expertise and resources for the education of NDs at the margins of higher education in Ontario.

The naturopathic community, appearing in the early years of the 20th century alongside the chiropractors, was, like the chiropractors, not dissimilar to a loosely constituted and quarrelsome political party. Unlike the chiropractors, though, they had no blueprint to create a place for themselves in the unfolding dimensions of higher education in Ontario or the U.S. While the chiropractors began earliest among the three groups to find such a pathway, the homeopaths, spending their professional capital from an earlier era, had had only initial success in that mission and eventually were relegated to a public domain positioning with no licensing, no accredited schools and no professional formation.

As the naturopathic community began to rejuvenate in the late 1970s in Ontario, enough members of the community knew that to found a school, first the profession must, quoting Tom Foster – an early registrar of the college – “take Mr. Foster’s advice to affiliate, and at the same time we have to understand how the Ministry [of Colleges and Universities] works and how to get our professional program onto its radar screen” (G Hersov, class lecture, University of Waterloo, Sept. 1978). Another relevant factor here is that the majority of those who founded Canada’s first naturopathic college were primarily chiropractors who benefitted from the experience of their profession in that arena.

Beginning as early as 1951 and continuing in the 1960s, Ontario NDs approached officials of CMCC, by then Canada’s only chiropractic college, to “try and persuade them to exercise the full charter of the college and teach naturopathy” (Gort, 1986, p. 128). Significantly, rather than making approaches to the provincial government to be included in some form, likely as a new program within an existing post-secondary institution, the NDs decided early on that they were not only not welcome as part of the chiropractic college, they were also “not welcome in the universities at that stage” (Interview, K Farnsworth, Aug. 2001).

After an unsuccessful effort to affiliate informally with the University of Waterloo, it was not until 1983 when one of the naturopathic educational institutions, John Bastyr College in Washington, succeeded in becoming the first naturopathic college ever to attain candidacy for accreditation with an agency recognized by the U.S. government that Ontario naturopathic education leaders glanced more optimistically once again in the direction of their province’s Ministry of Colleges and Universities. Bastyr, as the leading American school at the time, was clear from the beginning that it would have to join the higher education community in its state in order to provide an educational foundation for the naturopathic profession in the U.S.

Important to note is that Glen Jones, a leading scholar in the history of education, did not include CCNM in his 1997 review of higher education in Ontario, but did recognize CMCC, the chiropractic college. Unlike the naturopathic college, CMCC had enhanced its profile in the higher education community through an active, sustained, decades-long effort to affiliate with a university (Jones, 1997). CMCC had incorporated itself exactly in the same way as CCNM, offered the same post-secondary credential (a diploma), and had a strikingly similar structure in terms of its curriculum, governance and financing. The great difference, Jones pointed out, was that CMCC had longer, stronger, well-researched, well-networked and well-lobbied links to the higher education community, and was systematic and aggressive about joining it. At the time of Jones’ article, in fact, CMCC was in serious negotiations with York University concerning affiliation.

Meeker and Haldeman (2002) have shown how the chiropractic community, tenacious in its efforts to have a post-secondary, degree-based home, “acquired legitimacy and prominence.” Brown (1992) reports that “university affiliation was a hot topic of conversation at the [Chiropractic] College almost from its inception in 1945” (Brown, 1992, p. 33). Beginning a detailed historical review of the efforts made by the chiropractic college to find a university partner, Brown points to Aug. 24, 1960 when the first “available references were recorded.” Early, informal communications began in 1960 between Dr. Homewood, president of CMCC at the time, and the Conference of Canadian Universities and Colleges in Ottawa, a national association later called the National Conference of Universities and Colleges of Canada (NCUCC). What followed were conversations with the newly formed York University and with Claude Bissell of the University of Toronto. CMCC was told that “maybe in five years [York] might be interested in having the chiropractors join them” (Minutes, CMCC Board, Aug. 24, 1960). This “later, not now” message faced CMCC for the next three decades.

We will continue to look at the affiliation attempts made by the chiropractors in next month’s column.

Gort E: A Social History of Naturopathy in Ontario: The Formation of an Occupation (MSc thesis). 1986, Division of Community Health, University of Toronto.

Meeker WC and Haldeman S: Chiropractic: a profession at the crossroads of mainstream and alternative medicine, Annals of Internal Medicine 136:216-24, 2002. 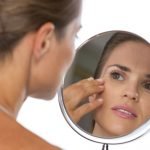 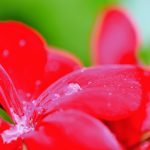