Update on Mechanism Behind Dopamine 

From University of Copenhagen – The Faculty of Health and Medical Sciences

A team of researchers at the University of Copenhagen has discovered a new piece in the puzzle of the brain’s ‘feel good’ substance, dopamine. According to one of the researchers behind the new study, the discovery may facilitate the development of drugs for i.e. cocaine addiction and ADHD and is most likely to change the general notion of how dopamine is removed from the brain.

“The textbooks probably have to be rewritten now.”

Professor Claus Juul Løland from the Department of Neuroscience at the University of Copenhagen feels quite certain.

A team of researchers headed by Claus Juul Løland has just published a study in the journal Nature Communications. The study sheds new light on the mechanism transporting dopamine to the nerve cells.

“The mechanism we have been researching is the so-called dopamine transporter (DAT). DAT controls dopamine signalling in the brain by removing the released dopamine and thus turning off the signal. DAT can be described as a molecular vacuum cleaner. Dopamine is key to our ability to control the communication between nerves in the part of the brain known as the reward centre. For example, it is dopamine that makes us feel happy when we do something we enjoy.”

“This new insight into how DAT works may enable us to design better drugs for e.g. ADHD and schizophrenia, which are conditions related to the level of dopamine in the brain.”

Previously, DAT’s removal of dopamine was believed to depend on sodium. Sodium is a mineral, which makes up around 40 percent of regular table salt. In the body, however, sodium is responsible for the conductivity of the nerves, and proteins use the energy in sodium to transport e.g. dopamine. But as demonstrated by Claus Juul Løland and his research team as the first in the world, there is more to it than that.

“We are able to show that DAT probably also depends on the energy found in the mineral potassium. 40 years ago we learned that this was the case of the ‘sister protein’, the serotonin transporter (SERT). Since then, we have believed this to be unique to SERT — as the black sheep of the family as regards the ‘vacuum mechanism’. Now our research demonstrates that dependence on potassium is in fact more likely to be the rule than the exception in this family of proteins. And that means the textbooks have to be rewritten,” says Claus Juul Løland.

“All of this may affect our design of drugs for psychiatric conditions.”

For the entire system controlling dopamine to work properly, the motor itself has to work. DAT is the part of the motor that makes sure dopamine is removed from the synapse. This stops the dopamine signal, paving the way for a new one. It also means that the released dopamine can be reused, and that we do not use up our entire stock of dopamine.

Therefore, the researchers are eager to develop drugs that target DAT and ensure the engine continues to work properly.

But regular ADHD drugs in fact block DAT, Claus Løland explains, inhibiting all transportation, which means that the dopamine remains in the synapse.

“ADHD drugs are a type of amphetamine that targets and blocks DAT. This means that not all dopamine returns to the cell for reuse, and we may have difficulty feeling rewarded. It is even worse with a substance such as cocaine which completely blocks DAT, preventing all dopamine from returning to the cell. This means that the nerve cells will continue to want more cocaine until there is no more dopamine left and you start to feel depressed,” Claus Juul Løland explains.

Hunting for a new substance

The new study gives researchers and pharmaceutical companies detailed knowledge of how DAT works and how we can regulate the activity of the protein instead of blocking it.

It is difficult, though, if not impossible, to study the molecular functions of DAT in their natural environment in the brain. Instead, the researchers have inserted DAT into ‘artificial’ cells, which enables them to control all processes both inside and outside the cell.

“This has enabled us to isolate the workings of DAT from the ‘disturbance’ of all other biological processes,” Claus Juul Løland explains.

He and his colleagues hope their results will be picked up and tested.

The team is now trying to find a substance capable of influencing DAT activity without shutting it down completely.

For example when we do something we enjoy, the nerve cells release dopamine. But it is vital that the substance is subsequently removed from the synapse. The synapse is the ‘space’ between the nerves where they exchange information with one another.

DAT helps remove the dopamine from the synapse. The substance is thus returned to the cell for later use. If DAT did not work properly, the process of removing dopamine would take a lot more time, just as the dopamine would have to be re-synthesised. This would result in a lack of dopamine and thus happiness.

Cocaine blocks DAT and thus increases the amount of dopamine in the synapse. 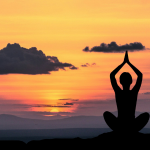 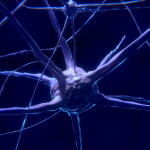