Antimicrobial Copper: The Solution to Superbugs?

The rapid emergence of superbugs, ie, those resistant to essentially all drugs, threatens to return us to the horrors of the pre-antibiotic era when countless people died from common infections. The answer to this crisis may eventually come from advances in biotechnology, which ironically helped create the problem to begin with. However, until that day, we would like to propose an ancient approach as a potential answer. Here, I condense a 4-year conversation I have had with my friend, Michael Norden, MD, about copper, which reflects part of my 40-year interest in this element. What follows are our thoughts on using copper as a passive yet potent antibacterial.

Some of the most exciting aspects of living in these times are the rapid discoveries occurring in science, related to our habitat in the natural world, especially on the cellular and subcellular level. As we are discovering more and more types of germs, we are having to come to terms with the implications of our discoveries. There are more types of germs than we ever imagined, and the germs that both surround us and are in us determine, to a significant extent, our health.

Regarding prevention, the concept of developing an individual vaccine for a specific germ soon becomes unwieldy, as it seems impractical to vaccinate ourselves against hundreds or thousands of potentially pathogenic bugs. Even the common influenza vaccine sometimes fails us. For example, this year, vaccine manufacturers predicted incorrectly, as the developed vaccine appears to be only 10-20% effective.1 Regarding treatment, we have learned that we can not simply kill infectious agents, because germs adapt to become more virulent. The rapid and ubiquitous use of antimicrobials has led to superbugs that are threatening our therapeutic efficacy and creating dire challenges to our species. We often lose the battle with germs that perhaps we should not be fighting in the current manner in the first place. Instead of active antimicrobial use, and instead of prevention solely by developing a specific vaccine for each germ, we may need to develop a third wave of thought – one focusing on passive antimicrobial coatings that do not create superbugs. This is where copper stands as one possibility.

The Environmental Protection Agency (EPA) has now certified over 400 alloys as “antimicrobial copper.” Certification allows the claim that 99.9% of bacteria will be killed within 2 hours. Published studies2 demonstrate this efficacy against all types of pathologic microbes, including resistant bacteria such as MRSA, and many viruses and fungi. Microorganisms that were tested succumb to the copper effect.3

For me, the most important advantages – what I term a Third Wave rationale – gives us 3 invaluable attributes: Broad Range Application, Passive Practicality, and Continuous Action.

Unlike many other antimicrobial approaches, it is well established that copper has the ability to quickly kill a wide range of viruses, bacteria, and fungi. Evidence also confirms drastic reduction of bioburden.5 Recent studies have shown that this translates into substantial reductions in acquired infection.

Is copper effective against Ebola virus, for example? Although no disinfectant is specifically established to kill Ebola virus, the Centers for Disease Control and Prevention (CDC) guidelines suggest using ones that kill similar viruses, and copper meets that criterion. Antimicrobial copper has been shown to inactivate the 2 major types of viruses: those with and without a viral envelope. Ebola virus and Influenza A are negative-sense single-stranded RNA viruses, both with an envelope protecting the viral genome. Because of their similar characteristics and the fact that copper inactivates Influenza A,5,6 there is good basis to assume, and to test, whether copper might also inactivate Ebola virus.

A key consideration is that this is a passive technology. This approach has distinct advantages, not just in the United States, but in the developing world. There is no training required for staff and no maintenance needed other than routine cleaning. This passive approach is not dependent on electricity, adherence to protocol, or any other human behavior or error. The remarkable challenge of simply getting staff to wash their hands illustrates the importance of this aspect, even in top Western facilities.

Most other approaches are only active when applied and leave surfaces unprotected in the intervals between applications, subject to recontamination. In the case of something like Ebola virus, where as little as one virion may cause infection, this continuous action critically allows copper to more readily eliminate all microbes.

There is increasing concern about infectious germs developing resistance to common disinfectants. Moreover, there is startling evidence that disinfectants may simultaneously promote the development of antibiotic resistance. One study showed that a commonly used disinfectant made Pseudomonas aeruginosa 256 times more resistant to the widely prescribed antibiotic ciprofloxacin, even though the bacteria had never been exposed to it.7 The European Commission concurs that “the use or misuse of certain active substances in biocidal products in various settings may contribute to the increased occurrence of antibiotic resistant bacteria, both in humans and in the environment.”8

In stark contrast, antimicrobial copper alloys are unlikely to promote resistance. There are a few organisms that show higher tolerance to copper, but despite human use of copper and copper alloys for thousands of years, “no bacteria fully resistant to contact killing has been discovered.”3 The reasons for this include that transfer of genetic determinants from antibiotic-resistant microbes is dramatically reduced on copper alloyed surfaces through the destruction of the nucleic acid9 within the microbes in contact with the copper surfaces, and also that “contact killing is very rapid, and cells are not dividing on copper surfaces.”3

It is not completely clear why copper is so effective in this role. The prevailing thought is that there are numerous pathways that copper uses to kill germs, all working together to achieve this impact. For example, I believe there is a biphasic nature to copper.10 At low doses, copper helps bugs grow, and at higher doses, it disturbs many cell structures,11 forming free radicals,12 oxygen species,10 and oxidative stress,13 which kills germs. In addition, copper damages cell walls, allowing internal contents to leak out of the cell, thereby drying out the germ.

Are there clinically important outcomes? A recent publication reported the results of a 7.7 million dollar trial, under contract with the Department of Defense, conducted at 3 medical centers, including Memorial Sloan-Kettering in New York City. It found a greater than 80% reduction of microbes present on surfaces in intensive care unit (ICU) rooms outfitted with copper on 6 frequently touched surfaces. Over the 2-year period of the trial, antimicrobial efficacy was maintained with no interventions other than routine cleaning. The microbial burden on critical surfaces was kept at levels typically achieved after terminal cleaning. The trial further established this reduction in bioburden, demonstrating a 58% reduction in acquired infections.14

Furthermore, an Israeli study, including patients in a long-term head injury unit that used only copper-infused linens and clothing, similarly showed a 24% reduction in hospital-acquired infections (HAI) and a 46% decrease in fever days.15 There is potential for even greater effect when antimicrobial copper surfaces and copper-infused linens and clothing are used simultaneously.

A Need for More Data

How Can Research Help?

As I sit and write this, I am cognizant of a few particularly vulnerable populations. Hospital-acquired infections remain a major concern. Having at least some “touch surfaces” become passively germ-free may offer some protection. For example, can anyone actually justify why it is that door handles are made of metals that let germs survive, passing from person to person as we touch that surface, instead of those surfaces being able to passively clean themselves? Stainless steel does not kill germs. You have to constantly and actively clean that surface – a virtual impossibility. This rationale is also true in rehabilitation facilities and geriatric care homes. There are a half-dozen surfaces that if changed to copper would lower bioburden dramatically. Lastly, developing countries may not be able to afford expensive equipment or expensive training of skilled personnel to use that equipment. It may be difficult to keep appropriate disinfecting supplies in stock. Generating data here would demonstrate low cost, high-yield technology that is suitable in developing countries. This remains true for the nationals that live and work in that country and for the medical missionaries that travel to assist in healthcare delivery.

As we come to terms with the reality of germs outside of and within us, it is time to consider, not just killing germs in an active manner, which unfortunately leads to resistance and superbugs. It is time to think about not just preventing illness 1 germ at a time (as with vaccinations), but rather learning to limit the bioburden without accelerating the development of resistant strains, by using a more passive method. Copper may just be a winning candidate, for which the technology is affordable, understood, and easy to implement. This approach can potentially save countless lives without any other innovation needed. 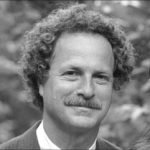 Paul Herscu, ND, MPH, a graduate of NCNM, has been in private practice since 1986. Dr Herscu has authored a number of books on homeopathy, including The Homeopathic Treatment of Children: Pediatric Constitutional Types, and founded The New England Journal of Homeopathy, which was published from 1992 to 2002. He is the founder and director of The New England School of Homeopathy (www.nesh.com), the oldest and largest homeopathic training program in the United States, and is an internationally sought-after speaker around the globe. Dr Herscu’s public health interests have led him to follow epidemics over the past 2 decades. He has written broadly on the subject (http://www.hersculaboratoryflu.org/news.html) and has created protocols to prepare for and contend with epidemics. 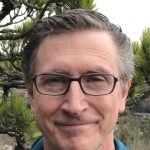 Michael J. Norden, MD, is a psychiatrist and medical researcher who received his medical degree from Stanford and has served over 15 years on the clinical faculty of the University of Washington. He did pioneering work on the development of Prozac, and later on natural alternative treatments. Dr Norden wrote the best-selling Beyond Prozac (HarperCollins, 1995), which has been widely translated and helped introduce low-carb and healthy-fat diets. 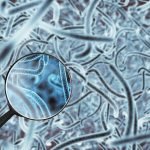 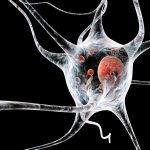 Parkinson’s Disease: Getting to the Root CausesBacterial/Viral Infections, Geriatrics