For many years after discovering a diverse population of sometimes dangerous microbes constantly living in our intestines, scientists described the situation as a form of living with the enemy. But when it comes to commensal populations of the fungus Candida albicans, the dreaded invader may be better seen as a helpful friend arriving with gifts.

That’s the key message of a study published May 17, 2022, in Cell Reports, by a team led by Sing Sing Way, MD, PhD, an infectious diseases expert at Cincinnati Children’s.

“This fungus could be invisible to our bodies if it wanted to be. It can mask many of the ways our immune system knows how to recognize it,” Way says. “Instead, our work shows that it purposely exposes itself to gain the benefit of our bodies recognizing it and not attacking it.”

Many people are familiar with the concept of probiotics, or “good” bacteria. Scientists also have learned that fungi can do good for people, including sometimes replacing bacteria in the commensal state and performing similar beneficial functions.

“However, fungi also are much more complicated than bacteria, and relatively understudied compared to bacteria,” Way says.

In years past, many scientists believed that the simple presence of certain fungi in the gut was enough to signal to the body that it had a proper balance of microbiota. Even inert fungi could be detected via the surface structures and chemicals of their cell walls.

“This paper shows that commensal fungi need to be alive and actively making proteins that stimulate our immune cells to elicit that commensal benefit. They need to be metabolically and transcriptionally active,” Way says.

To determine how C. albicans becomes recognized as commensal, first author Tzu-Yu Shao, an Immunobiology graduate student, worked with scientists at Cincinnati Children’s, Brown University, University of California San Francisco, and the Institut Pasteur in Paris to conduct a series of experiments establishing colonization in mice.

They learned that the gene UME6, which helps regulate filamentation in fungi, is essential for allowing intestinal C. albicans to “prime” the immune system so that it can fight off a wide range of infections. Initially, the team expected this priming effect to be caused by either extremely high or low expression of this gene.

However, the beneficial effects did not occur when colonization with C. albicans was locked into either extreme. Instead, engineering the fungus to oscillate between high and low levels of UME6 expression during colonization was essential. This blinking back and forth appears to signal to the body that C. albicans is beneficial. In return for not being chased out of the intestine, the fungi help the body more rapidly respond and fend off infection by a variety of microbes — including C. albicans.

“We found that not only does the fungus have to be living, it has to purposely execute a program of expressing specific cell wall components so that our bodies can detect them. They are deliberately doing that to help us and themselves,” Way says.

Eventually, it may be possible to manipulate this process to restore healthy levels of commensal fungi. But first, Way’s team seeks to learn more about how this symbiotic relationship works.

“Good” fungal colonization can begin as soon as birth, but can take months to complete. Later, various events can cause other fungal populations to dive. How do such population variations affect the commensal benefit? The team also plans to explore how commensal C. albicans works in other tissues, including oral mucosa, lungs, skin, and the birth canal.

“We’re interested in figuring out in more depth how and why we are colonized with these microbes,” Way says. “Given that our immune systems can see them, additional next steps also include understanding why colonization does not normally cause aberrant inflammatory reactions.” 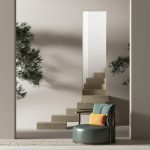 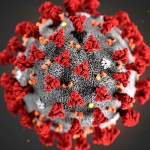