Concerns have been raised about the use of botanicals with any kind of immune effects in patients with autoimmune diseases. However, a growing body of literature confirms that the traditional practice of using immunomodulating botanicals is safe and effective in these patients. Simplistic ideas about the mechanisms of these herbs based on in vitro studies or theoretical models are not a sound basis for making clinical decisions.

This intriguing mushroom used to be known as Coriolus versicolor. It has primarily been studied in Japan in the form of various glycoprotein extracts, mostly two known as polysaccharopeptide (PSP) and Polysaccharide-Krestin (PSK). These exact extracts are not, to my knowledge, available in the United States and those extracts that are available are of unknown similarity.

This well-known immunomodulator and adaptogen from India has been combined with the inflammation modulating herbs Boswellia serrata (frankincense) resin, Zingiber officinale (ginger) rhizome, and Curcuma longa (turmeric) rhizome extracts in a double-blind, placebo-controlled, randomized trial in patients with rheumatoid arthritis (Chopra, et al. 2000). The herbal formula was superior to placebo at improving symptoms. Though the benefit was relatively mild, it still supports that ashwangandha was used safely.

An open clinical trial found that 60-120 mg daily of a standardized extract of triterpenoid glycosides from Centella asiatica (gotu kola) herb in patients with SLE was associated with symptomatic improvement (Wolram 1965). Gotu kola is considered an immunomodulating herb and is extremely safe.

An aqueous extract of flowers of Inula britannica (elecampane) was able to mitigate development of autoimmune diabetes mellitus in mice administered multiple doses of streptozotocin (Kobayashi, et al. 2002). Normally this treatment results in type I diabetes, and this animal model is the standard for studying the preclinical effects of various agents for patients with this disease. The effects of the elecampane extract were shown to be at least in part mediated by modulation of interferon-gamma production by T lymphocytes. Many other examples could be cited but these give a useful sample.

PSK has been administered to children treated with azathioprine and cyclophosphamide secondary to organ transplantation. Such a combination is often stated to be contraindicated due to the potential of the immunomodulating herb in counteracting the effect of the drugs and leading to graft rejection. In this study, sister chromatid exchange frequency was reduced, suggesting less potential for cancer development secondary to immune suppression (Torigoe 1980). No instances of organ rejection were reported. Obviously more extensive research is necessary.

Glycyrrhizin, the immunomodulating saponin glycoside found in Glycyrrhiza uralensis (gan cao) and G. glabra (licorice) root, was administered to seven patients with renal transplants immunosuppressed with cyclosporine when they developed adenoviral hemorrhagic cystitis or nephropathy (Takahashi, et al. 1989). The treatment was regarded as effective, with no sign of transplant rejection. This provides further substantiation that immunomodulating herbs may be safely combined with immunosuppressive drug regimens. Clearly more research is necessary to establish safety guidelines, but it may be that valuable therapy is being withheld from transplant patients on the basis of a simplistic and false theory that immunomodulators will interfere.

Some herbs appear to act primarily as macrophage stimulators and thus are termed immunostimulants. Perhaps the best studied of these herbs are the various species of Echinacea. There is greater cause for concern that these herbs may lead to disease flare when administered to patients with autoimmune diseases. However, only a couple of case studies were located in the literature documenting an apparent connection between use of Echinacea products and disease flare (Lee and Werth 2004). I personally knew one student who said that her mother, who has rheumatoid arthritis, experienced disease flare when she took a tincture of Echinacea. This finding was repeatable with future exposures.

Opposing this view is an older German study on the use of Echinacea purpurea flowering top extracts for periarticular injection in people with rheumatoid arthritis (Reuss 1986). This study found only symptomatic improvement with no indication of disease flare. However, given the radically different mode of delivery compared to typical oral administration, it is difficult to say what this means about oral Echinacea and autoimmune disease. Caution is warranted until further information is available from clinical trials or clinical observations.

Immunomodulating herbs may offer benefits to some patients with autoimmune diseases. The contraindication of such herbs based on a simplistic model of immune activity is not valid. The incredibly complex interplay of the regulatory networks of the neuroimmunoendocrine system allows for ample room in explaining how herbs that modulate immune functions of multiple cell types could be beneficial in autoimmunity. There is substantial, though incomplete, clinical and preclinical evidence supporting the safety and efficacy of immunomodulating herbal extracts in autoimmune diseases. Immunostimulants should be used with greater caution as there is a more substantial theoretical basis for avoiding such herbs, though even here clinical reports are mixed and insufficient to make definite statements. Naturopathic physicians and their allies should continue to research this intriguing area and report their results so that everyone may gain greater insight and practice as safely and effectively as possible.

Dr. Yarnell graduated from Bastyr University in 1996. He completed a two year residency with Silena Heron, ND and then served as chair of botanical medicine at the Southwest College of Naturopathic Medicine. He is past senior editor of the Journal of Naturopathic Medicine. Dr. Yarnell is a founding member and current president of the Botanical Medicine Academy. He is the author of numerous textbooks and articles including Naturopathic Urology and Men’s Health, Naturopathic Gastroenterology, and Clinical Botanical Medicine. His area of clinical focus is urology and men’s health. He is adjunct faculty in botanical medicine at Bastyr University and Tai Sophia Institute.

Imura S (1977) “The effect of Kresin (PSK) on the various connective tissue diseases” Congress of Therapy and Investigation Group for Designated Disease, Collagen Disease, Ministry of Health and Welfare, Japan

Wolram VS (1965) “Experiences with Madecassol for the treatment of systemic lupus erythematosus” Wien Med Wschr 115:439-42 (in German) 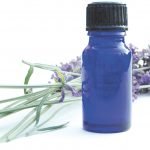