The Psychoenergetic Background of Cardiovascular Diseases

Cardiovascular disease is the leading cause of death in the industrialized nations of the West. The official cause is usually infarction, stroke or heart failure, but of course the underlying vascular damage begins much earlier. We know that in most cases, high blood pressure, obesity and smoking play a leading role. The most important causes of cardiovascular disease are common knowledge, so nowadays the population can be considered to be well informed. Smoking cigarettes, being overweight and eating unhealthy foods to excess ruin the inner vascular walls and lead to premature arterial calcification, high blood pressure and metabolic hyperacidity. This progressively weakens the heart, increasing the risk of blood clumping, and the blood vessels become cramped and fat-laden.

Yet, there is another large group of patients for whom the usual cardiovascular disease clichés don’t apply: normal-weight nonsmokers who lead a healthy lifestyle. Their health risk is actually that they are in a state of constant stress. We now know that mistrustful people, often tending toward anger and outbreaks of rage, have a five times higher risk of heart attack. Low-level employees and workers who are at the mercy of higher ups, or who are forever forced to “grin and bear” things they don’t like, often have an elevated internal stress level. In these people, the release of stress hormones such as adrenalin and cortisone increases the risk of clumping and causes the blood vessels to constrict. These are factors that play a role in heart attacks, making it fairly easy to reconstruct the underlying morbific mechanisms.

Surprisingly, one also finds these elevated stress levels in smokers and overweight people. Presumably, they compensate their stress and frustration through smoking and (over)eating – which traps them in a fateful downward spiral in which their guilty conscience and self-disgust make the situation worse. However, where the therapist can have an influence is by teaching individuals how better to cope with stress; that is, through relaxation exercises and healthier psychological coping mechanisms. As doctors, we try to get patients to realize that there is more to life than forever chasing fame and fortune, and to understand that a tormenting boss should not be taken too personally. One should also encourage patients to engage in pastimes that relax and calm them, whether it’s having fun with friends, a sensual lifestyle, an interesting hobby, fulfilling long-held wishes or (now and then) a meditative withdrawal, to seek out that which truly matters in life.

However, experience has shown that mere lifestyle counseling is often not enough. Patients often know quite well, basically, what would benefit them. They simply are unwilling to achieve it on their own, largely due to specific inner inhibitions. If a therapist looks into the true causes of a patient’s inability to bring about change, one will almost always find that subconscious emotional conflicts are sabotaging his or her attempts. In my experience, subconscious conflicts represent an important (though, unfortunately, usually overlooked) cause that triggers many advanced-civilization cardiovascular diseases. Fortunately, psychosomatic energetic therapy can be used to uncover these hidden electromagnetic disease causes in a practical manner. This is an alternative-medicine procedure that enables a physician to quickly determine which conflicts are present and how large they are. Unlike the prolonged methods of classical psychoanalysis – which occasionally proves necessary – PSE requires only a modest expenditure of time.

Use of Psychosomatic Energetic Therapy

With psychosomatic energetic therapy, a physician can very precisely and comprehensively determine the patient’s emotional state and which psychic conflicts are present. After the examination, the conflict is treated and can usually be eliminated within a few months with the aid of naturopathic compound remedies. The therapy promotes psychological re-orientation, which allows the patient to reduce internal stress, making it easier in the future to maintain a more peaceful inner life and to react more calmly to external stresses. After psychosomatic energetic therapy treatment, many patients end up smoking less, consuming less alcohol and so forth, and can more easily lose weight. Evidently, once the true psychic roots of the risk factors have been eliminated, one’s overall level of health can then (logically) rise.

Of the countless patients with typical cardiovascular disease risk factors, we have yet to find one who did not have the kind of subconscious emotional conflict described in the accompanying case studies. The victims are entrapped in a high-risk lifestyle by the inner stress that these conflicts provoke. Their constitution deteriorates progressively, and they develop sequelae, which often find expression in cardiovascular diseases. In my experience, eliminating the underlying subconscious conflicts represents a therapy that gets to the true roots of the problem. Experiences with hundreds of patients have convinced me that any long-lasting, risk-prevention program needs to begin by addressing the subconscious conflicts. This will restore a person’s emotional contentment and sense of energetic well being.

Thus far, many efforts, such as quit-smoking campaigns, dietary training and the like, are usually doomed to failure because they have not addressed the primary cause(s). In my opinion, teenagers – and even children – who are overweight or who engage in other addictive behaviors should be psychoenergetically harmonized. That way, from the very beginning, one has the opportunity to improve his or her chances of a healthy future. Yet, even for those who are already ailing, it pays to track down and eliminate the emotional conflicts.

Craig Wagstaff, ND a graduate of NCNM, uses a variety of European natural treatment methods, and is always on the lookout for emerging medical developments. He was one of the first North American practitioners to incorporate psychosomatic energetic therapy into his practice. Wagstaff has been practicing for 23 years. His clinic is in Kelowna, B.C.

An obese 52-year-old woman suffered from hypertension and complained of constant fatigue. Her internist treated her with a dual combination of hypotensives, and she was sent to a health spa. However, her blood pressure remained too high, she had trouble losing weight, was on the edge of being unable to cope with the daily demands at work and always felt exhausted. Psychosomatic energetic therapy testing revealed severely lowered vital and emotional readings, plus a conflict with the theme “Restless.” In the initial interview, she admitted to constant inner tension and an inability to calm down. As therapy for the conflict, she received a set of specially formulated complex homeopathics to address both the conflict in the sixth chakra (or Energy Center) and the “restless” emotional conflict, as well as a remedy for sympathetic hyperfunction combined with concurrent treatment of the severely fungally infested intestinal tract. After five months of treatment, a checkup exam revealed that the patient’s blood pressure was constant and easily adjustable with a simple hypotensive agent; she lost 10 pounds; and feels much brighter and cheerier.

A 62-year-old businessman had had one heart attack, yet continued to smoke two packs of cigarettes a day. Complaints included dizziness and difficulty concentrating, which hampered him considerably in the performance of his extremely stressful job. A psychosomatic energetic therapy examination uncovered a large fear conflict. He was prescribed four months of a complex homeopathic for the heart chakra (Energy Center 4) as well as a remedy for emotional condition to address his heartbreak or feeling of panic, and a further remedy for anxiety for the (totally unconscious) fear. Furthermore, he was strongly urged to quit smoking immediately, prescribed nicotine chewing gum and given an ear-acupuncture permanent needle – the size of a tiny bandage – to be removed in three days. At his follow-up four months later, he proudly reported having quit smoking … after two months, because only then did he no longer feel himself to be under so much inner stress.

A 60-year-old farmer with large abdominal girth lived a happy, healthy, vegetarian lifestyle until his wife’s untimely death at age 54. As of four years later, he had explored two short, unsuccessful relationships with other women, but continued to feel lonely and unsettled. His diet had changed for the worse, and cholesterol levels were high. He suffered a heart attack and underwent bypass surgery. After surgery, he complained about digestive upset and insomnia. The psychosomatic energetic therapy examination uncovered an anger issue that had gone too far. He was prescribed a set of special homeopathic remedies for the area of his digestive system, liver support and reduction of cholesterol (chakra or Energy Center 3); a homeopathic combination for vegotonia, to help him relax, sleep, reduce stress and recuperate from surgery; and a specially formulated complex homeopathic to address his anger, aggression and feelings of dissatisfaction and always wanting more. After three months on the regimen, his diet was back on course, he was losing weight and was starting to feel more satisfied with his life. He was eager to pursue treatment for deeper levels of emotional conflict.

A 70-year-old alcoholic (in denial) woman with uncontrolled hypertension, despite years of traveling the globe in search of treatment, complained of heart palpitations related to stress caused by the demands of her mother, and chronic insomnia. The psychosomatic energetic therapy examination uncovered feelings of helplessness and tension. She was unable to relax mentally or physically, and would do almost anything to avoid dealing with her situation, because she was so overwhelmed. She was prescribed a specially formulated complex homeopathic to help her deal with the conflict, another to settle the insomnia and balance the parasympathetic nervous system, and a remedy specifically targeted at the 6th chakra (Energy Center 6) to help her understand the influences from the outside world and adapt to them. After three months of treatment, her blood pressure was significantly improved, there were no more palpitations with stress, and she admitted her alcoholism and sought help at an addiction center. This patient still has much work to do with emotional conflicts, but is well on the road to recovery. 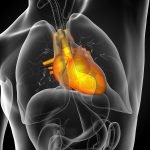