The Death of the Live Lecture? Didactic Education: From the Flexner Report to COVID-19

As I contemplated a title for this month’s column, I thought of a prototypical fake headline such as “News Flash: Naturopathic medical students prefer actual human contact to listening to screencasts!” That’s not much of a revelation. However, it is fascinating to see how a classroom-based lesson with the instructor as a focal point has “beat the odds” during several decades of technological innovations and has retained importance to many students.

Medical education has taken quite a few twists in the last few years, and naturopathic medical education is no exception. In a time-honored sense, a professor giving a medical lecture to students furiously taking notes is an image embedded in the collective consciousness. Sometimes, professors call upon class members to recite relevant subject matter, as in “Mr. Smith, could you identify the trunks of the brachial plexus and the levels of the spinal cord they originate from?” Questions like this are a form of active learning, a very diaphoretic and potentially nerve-wracking experience. After all, who wants to flub in front of their colleagues and professor?

This scenario was brilliantly captured by the late actor John Houseman, who played Professor Kingsfield in the film The Paper Chase,1 highlighting the role of the professor. In the movie, this character, legendary for his intellect and his ability to bring out the best, or worst, in students, becomes the object of law student James Hart’s intellectual and personal drive to become successful at a top law school on the East Coast. Not all teachers in naturopathic medicine can be or should be a Kingsfield, but many of us have a recollection of someone’s class where we were intimidated at first by a demanding professor who seemed to know everything about their field. We had two choices: study even harder or be crushed by the juggernaut.

An interesting fact about medical education in the 20th century is that it underwent some pretty revolutionary changes that somewhat dethroned the lecture. The Flexner Report was a review, a ranking of sorts, of medical schools in the US and Canada.2 Published in 1910, the Flexner Report was a series of report cards based on exceedingly brief site inspections by the American educator Abraham Flexner. The outcomes had a lot at stake for medical schools; vast sums of money from the Carnegie and Rockefeller Institutes would go to the winners. Not surprisingly, any “irregular” school, including homeopathic, eclectic, naturopathic, chiropractic, Black, and women’s colleges had no chance in this sweepstakes, as Flexner had outright hostility toward them all. Flexner took the highly functioning Johns Hopkins University School of Medicine as the standard. The founding dean was William Osler, who brought in a “2+2” type of system: 2 years of lecture and laboratory, and then right to the hospital to learn, in a mentored setting, medical practice at the bedside.

Although Osler was a critic of Flexner’s ideal medical faculty, who were salaried and worked with the advancement of knowledge as their number one priority, the momentum of the report and the money behind it pushed things to a clinical based teaching model. In the two years after the report, a lot of what we now call active learning methods – laboratory work mostly – would be important in the post-Flexner world.

As the 20th century rolled on, biomedical sciences did undergo an explosion of knowledge, and medical school deans and their faculty had more to fit into the curriculum. Lectures, notes, textbooks, and tests took center stage. A countermovement began in the late 1990s seeking to send students back to the hospital. It was somewhat spurred on by emerging technologies that made getting information on one’s own much faster for a medical student. Now medical students go off to clerkships after 18 to 20 months of mostly didactic education.

In naturopathic education, we tend to remain in the classroom longer. We have a larger percentage of lectures to provide, as there are very broad bodies of knowledge, including nutrition, botanical medicine, diagnosis, and physical medicine, among many others. I first started teaching when I was a resident with clinical rotations – a form of teaching with a more experienced clinical faculty member on shift. Teaching with patients at the center was an adrenaline rush and a good motivation to read up ahead of time. In the second half of my first year of residency, I started lecturing on pathology and diagnosis to 2nd year students. Somehow, I was lucky that there was someone with a master’s degree in education on staff at the time, and she showed me how to construct a lesson plan. Having a logical, coherent script in the form of a lesson plan, complete with objectives and even some relation to the exam, made it much easier to get up in front of the students (my knees were trembling, but I was having fun). The students seemed to enjoy it, and I strove to make things as clear as possible for them.

In the years that passed, new techniques and technologies came along. PowerPoint presentations became the lingua franca. And then, as that software moved from Windows 95 to Windows NT, there were all sorts of cool images and hyperlinks one could shove into the slide. I laugh to think about how much text I used to put into those slides. And at that point in time, with technology in the form of a presentation tool in the lead, I don’t think instructors in higher education in general were considering the learner’s point of view enough. We could have asked ourselves: Is anyone grasping these whizzing PowerPoints? At what point does saturation occur? Would students rather just sit at home and read this on their own?

My first real exposure to thinking about pedagogy was speaking with David Schleich, PhD, who was president of CCNM during my working time there. Knowing what I know now about the depth of his educational background, I realize he treated us faculty and young deans with kid gloves. The whole idea of considering psychology, research on learning, the needs of a particular student, and many other factors was new to me. It made sense, but since the norm for years had been the instructor giving a well-organized exposition about something described in detail in the textbook, what did it matter?

A lot of research began to pile up that showed that students learned more when they took an active role in things. This was an ice-breaking revelation for me – and I’m certain, for others. Students could only absorb about 20 minutes on the auditory channel – some more, some less – before they stopped getting much out of a lecture. The maxim “the mind can only absorb what the guts can take” seemed to ring true.

A new kind of lesson plan, with shorter “lecturettes” interspersed with case presentations, mini-group projects, sharing group findings with the large group, and multimedia presentations (using such then-state-of-the-art technology as RealPlayer) became a new strategy. At Dr Schleich’s behest, I started a master of education degree. After moving to Illinois, I put that on hold, but picked it up again at Roosevelt University in Chicago to obtain a master’s degree in training and development. I liked the focus on adult learners and how, in the world of business, government, and the military, there is a lot of thought about return on investment for training. In designing efficient instruction, we learned to ask, “What is the most impact that can occur, and how do you know that people take what they learned, apply it to their field, and continue to do so over time?”

Along with that perspective, I was exposed to some psychology of learning and began to appreciate that knowledge is something that learners construct within their minds. The context of learning, the information, and the guidance and inspiration of a teacher are valuable, but in the end, the learner must create it.

As time went on, there was more talk of “flipped classrooms” where students come prepared by reading the material ahead of time and then engaging in discussions. Students became accustomed to videostreamed and recorded lectures, and soon the thought was, “Who even needs to show up?” After all, some people learn incredibly well without showing up. They are true autodidacts. But most need and will benefit from the social construct of learning in a group. And then there is that one factor that was almost forgotten in the race to refine technology, competencies, and techniques. That would be the teacher.

One thing that has become clear over the past 2 years of the COVID-19 pandemic, with more online learning than ever before, is that most students want to be in a classroom. The structure it brings is valuable. It is helpful to have an expert logically and clearly outline the subject – especially an expert who is engaging and inventive. The scaffolding that a class provides helps the student fill in knowledge. Recent surveys show that most students prefer having lectures.3, 4 Recent research says that active learning is still more efficient.5,6 But active learning doesn’t mean sitting at home making a smoothie while listening to a prerecorded screencast over PowerPoint. And active learning can be combined with a lecture.

A great place for active learning is together in a community of learners. Instructors can design active-based online learning. But it depends on intense instructor-to-student interaction. It seems that students still want a good number of lectures. They will deliver more results when lectures have activities and cases that require reflection and thought. In my experience, when students must make a choice (“Is it right- or left-sided heart failure?” “Should we give Staphysagria or Natrum muriaticum?”), things really start to come alive.

The rumors of the death of the lecture did turn out to be premature. But nothing stays the same, so lectures have been rightfully adapted. So, with upgrades and supplemented with other ways to learn, the lecture lives on. 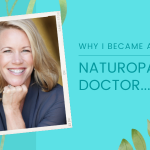 Why I became a Naturopathic Doctor Detoxification Medicine, Editorial / Opinion