Flexner’s Impact on the Naturopathic Community: Part Six in a Series

“The irony is that far from rejecting or distorting nature, scientific medicine achieves its results by recognizing what nature is and by reproducing and reconstituting her grand designs.” – Jonathan Miller

An American Medical Association (AMA) unpublished report in 1906 approved only 82 of the 160 medical schools existing in the United States at that time, many of which were proprietary schools. Thirty-two were labeled “beyond salvage” and 46 were “found imperfect” (Blevins, 1995, p. 7). Instead of “taking up cudgels against each other in public” (Starr, 1982), though, the AMA hired Abraham Flexner of the Carnegie Foundation for the Advancement of Teaching to study the operations, governance, educational quality and facilities of medical schools in the U.S. and Canada.

Some medical historians describe the final dominant positioning of biomedical practitioners all over North America as growing directly from Flexner’s work. His report spelled disaster for many weak American mainstream medical schools and the poorly designed, profit-based proprietary schools. In fact, Flexner’s work also caught the proliferating naturopathic, homeopathic, osteopathic and chiropractic colleges in the same sweep across the ensuing 15 years. Its broad brush discredited the botanical, hydrotherapy and homeopathic treatments then widespread and accessible in Canadian provinces and American states.

For example, the American Institute for Homeopathy, the first national medical association in the U.S., was set up in 1844. In 1847, along came the AMA, whose code of ethics “specifically prohibited professional consultation with physicians whose practice [was] based on exclusive dogma to the rejection of the accumulated experience of the profession” (Berliner, 1976, p. 582). Three generations after Flexner, the homeopaths were gone from the mainstream and so were their schools. However, interest in certain modalities from that era, such as hydrotherapy, persisted even among orthodox evaluators (Report of the Committee on the Healing Arts, Vol. II, 1970).

As the biomedical doctors continued to take control jurisdiction by jurisdiction, naturopathic schools continued to be assaulted. While by 1927 there were a dozen naturopathic schools left of varying sizes, their total student enrollment was less than 200 (Reed, 1932). Indeed, at one point before the final ascendancy of biomedicine, naturopathic practitioners were licensed to practice in 25 states (Finken, 1986). Meanwhile, in the face of this wave of change, as Baer points out, when tracing its roots, American naturopathic medicine “had been plagued throughout most of its existence by organizational rivalry, fragmentation and lack of national leadership” (Baer, 2001, p. 88).

Operating U.S. medical school numbers dropped to 131 from 160 by 1910, and to 76 by 1920. In that same decade, “approximately 130 laws were passed regulating at least 14 health-related occupations” (Baron, 1983, p. 388). A generation later, the naturopathic profession’s educational base was hanging by a thread in the American Pacific Northwest in the form of the tiny new school, National College of Naturopathic Medicine.

Medical historians and anthropologists contend that Flexner’s 1910 report, Medical Education in the United States and Canada, triggered a comprehensive shift in the role and location of medical education institutions on both sides of the border. The strict relationships among standards of professional formation, higher education and government regulation were consolidating the grip of biomedicine everywhere. Important to note was that the report was supported by the Carnegie Foundation for the Advancement of Teaching, a mission and focus locked into the higher education realm. In addition, it came well after the opening of the Johns Hopkins Medical School in 1893, an event that signaled the advent of a medical teaching and research model that wanted to ensure that “the best possible scientific training [would be] made available to every person studying medicine” (Ludmerer, 1999, p. 6).

This was also the era of William Osler, whose book The Principles and Practice of Medicine (1892) has long been touted as “the first great textbook of modern medicine” (Bliss, 1999, p. viii). It was a time of great enthusiasm for the possibilities of “scientific medicine.” It was the dawn of the consolidation of allopathic medicine and the eventual hegemony of biomedicine in North America. That hegemony has had a powerful impact on the institutionalizing of naturopathic medical education in North America.

The “great enthusiasm for the possibilities of scientific medicine” was almost palpable as medical schools poised to reengineer their “undergraduate medical education” inside the higher education scaffolding of the time (Flexner, 1910, 1911). By 1930, only 76 U.S. medical schools were operating. During this same period, homeopathic and naturopathic proprietary schools declined precipitously. Naturopathic medical education, as mentioned above, almost came to a point of extinction by the mid-1950s (Cody, 1985).

The palpable enthusiasm for scientific medicine began to express itself institutionally in the early part of the 20th century, as the wide acceptance of Abraham Flexner’s report gained momentum and its adherents attracted financial and political resources. A shift in educational design and delivery continued to look to the Johns Hopkins Medical School for an institutional model. The era of proprietary schools of medicine in the allopathic, naturopathic, homeopathic and osteopathic fields ended, and along with it came the wave of state licensing activity. That activity had one foot in professional regulation, one foot in higher education and both feet in scientific medicine (Porter, 2002). This was the era when Bayer in Germany and Burroughs-Wellcome in England were rapidly funding laboratories, hot on the heels of the medical education transformations, with the goal of making pharmacology more scientific and more profitable. As the waves of change emanating from Flexner took root, researchers such as Ehrlich (Royal Prussian Institute for Experimental Therapy, Germany), August von Wasserman and Domagk (the famous Prontosil developer) were moving fast.

Next month: Where Flexner left us … or, why a higher education context for our schools is critical to professional formation now and well into the future.

Ludmerer KM: Time to Heal: American Medical Education from the Turn of the Century to the Era of Managed Care, New York, 1999, Oxford University Press.

Osler W: The Principles and Practice of Medicine: Designed for the Use of Practitioners and Students of Medicine, New York, 1892, D. Appleton. 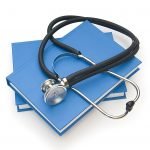 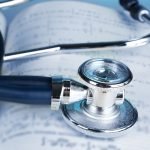 Science vs. Nature and the Naturopathic Field- Part Seven in a SeriesEducation