Case study of a 52-year-old woman

I can easily picture this highly intelligent dynamic woman gently taking a small sick South American child and his family into a prominent surgeon’s office and demanding treatment for the child and enrollment in a life-saving medical study free of charge. Traveling the world, speaking 5 languages and gaining trust in underprivileged villages, and seeking medical help for those with the rarest diseases—this was her work. Waterskiing, playing ice hockey, biking, and kayaking with her husband—this was Francesca. I never met that woman.

An extremely thin almost bald woman with a large protruding abdomen and pale dry skin sits nervously in my lobby. Her feeling of dizziness and her impaired ocular reflexes, along with cognitive brain damage, make filling out the intake form another nightmare, just like every other mundane task. Additional tasks that she cannot perform and that continue to consume her every thought are eating a normal meal and effortlessly digesting, as well as driving or riding in the car without crippling vertigo. The simple act of reading and comprehending the words has become a challenge, never mind growing hair, speaking foreign languages fluently, or cultivating thriving friendships or any sort of normal social life outside of the house that is not dominated by her gut.

As Francesca sits across from me, she shares her story of 16 months earlier when her psychiatric medication was mismanaged and created a bowel blockage that caused a microtear in her colon, allowing 3 L of feces to leak into her abdomen, which led to sepsis and an 8-day coma. I must confess to the tickle of panic I feel as the question rolls around in my head: “How can I possibly help this woman?” I have a quick internal conversation, reminding myself to be present and to listen and not let myself get overwhelmed by the immensity of her case.

I learn that Francesca has refluxed so much bile that it has destroyed her teeth and has caused her stomach to be lined with lower intestinal cells. I learn that she can eat only 5 bites of food (raisins, crackers, yogurt, and cottage cheese) every 30 minutes. She is taking no fewer than 12 medications at a time, one-third of those being used to treat depression, anxiety, and suicidal ideations. Her childhood was an unhappy time, stained with mental and emotional abuse and with chronic constipation (having a bowel movement once every 10 days). Francesca has seen many physicians at renowned clinics across the country, with little help. She had a full hysterectomy at age 42 years because of endometriosis, polyps, and fibroids. She has no children, little family support (except for a very attentive loving spouse of 16 years), and a passion for animal rescue.

Francesca’s medical history is long and complicated, compounded by severe disappointments with the medical world. The complaints she initially expressed were vomiting after eating, stomach lining damage, intestinal adhesions, and slow intestinal motility, causing frequent partial bowel blockage and daily extreme abdominal pain, cramping, and bloating that makes her look 7 months’ pregnant. On palpation initially, her abdomen felt like a water balloon, and the upper left quadrant was noticeably colder than the rest and extremely tender to the touch. In addition, her blood work showed iron, vitamin B12, and folic acid deficiency. Obviously, she was neither digesting nor absorbing nutrients properly. Francesca had no energy, very little activity, and low mood with anxiety and chronic constipation, and her speech was rapid and difficult to follow.

Previously, Francesca had been diagnosed as having Crohn disease, rheumatoid arthritis, hypothyroidism, and manic depression. At age 48 years, she underwent gastric bypass surgery, lost 80 lb, and was considered prediabetic. Treatment up to this point had included many medications, including prednisone and methotrexate.

And does the damage ever end? This is a case of lifelong intestinal trouble in the form of slow motility, perhaps caused by a combination of poor gut immunity starting at infancy from not being breastfed, compounded by a highly stressful childhood and gluten or dairy sensitivity, which continued into the adult years, when the intestines became further aggravated or damaged by stressful work, medications, mood-stabilizing drugs, and parasites.1,2 All this led to a bowel obstruction that caused colon perforation, sepsis, and a coma. The sepsis was so far spread that it caused brain and ocular nerve damage, with decreased gaze stabilization and reduced sensory cues for balance. I suspect that the sepsis damaged something deeper than the intestinal lining as well, possibly the nerves, blood, or lymphatic supply to the transverse and descending colon.

The first step was to change Francesca’s eating habits so that her blood glucose level remained balanced and to remove the irritation to her stomach and intestines. Immediately, I had her totally eliminate gluten, dairy products, and sugar. I put her on a liquid diet consisting of pea protein shakes with a powdered fruit and green vegetable drink, fiber, and digestive enzymes. In addition, I added a powder 3 times a day that contains glutamine and demulcent herbals to calm and soothe the intestines. I asked her to keep a detailed diet diary.

That first month, her daily vomiting stopped and has not returned like it was, and her bowel movements became more regular and full, instead of pencil thin. She still had a lot of abdominal pain and swelling, fatigue, and depression.

After a week on this protocol, she began to add back some broth, cooked vegetables, and almond or soy milk. I had her perform daily abdominal massages with castor oil, and at office visits I used biopuncture and acupuncture on her abdomen. We set up small goals to keep her motivated and encourage social interaction and a gentle exercise plan of walking and stretching. I asked her to work on her attitude, switching her focus from regret to gratitude for any minor blessing, pleasure, or success. This was a difficult task, even with her seeing a full-time psychiatrist.

Within the next month, she lost 8 lb, her belly shrank dramatically, and she began to take her dog to the park daily. Francesca was able to reduce the prednisone from 20 mg/d to 10 mg. The vomiting after meals stopped. I ran the IgG delayed food sensitivity panel. The findings confirmed a high sensitivity to gluten foods, dairy, and baker’s and brewer’s yeast, as well as a few other items. Soy did not show on the IgG test, but through elimination and reintroduction she found an immediate negative response, or “blowout” as Francesca calls it. I suspected a gut Candida issue based on her symptoms and immediate gut swelling after consuming certain foods.

I treated the Candida with a combination of prebiotics and probiotics, colloidal silver, and fluconazole (l00 mg daily) for 7 days in 30-day cycles for 3 months. Then, I added oral essential oils (thyme, clove, and oregano), which are known to penetrate the biofilm in the intestines and kill the root of the Candida without disrupting good gut flora.1,3 Unfortunately, oral administration of these essential oils is associated with poor patient compliance owing to their burping back the oils throughout the day, so Francesca decided to open the capsule and add it to her weekly enema, which seemed to work. At one point in the Candida treatment, Francesca experienced a partial bowel blockage that came with symptoms of constipation, acute localized left upper quadrant pain, fever, abdominal swelling, and tenderness. With the use of laxatives, liquids, abdominal massage, and enemas, she passed what she described as a large white fur-ball–like clump that was suspected to be yeast.

1 step forward and 2 steps back

Francesca was making progress with her health, but it was always 1 step forward and 2 steps back. I perceived that there were more intestinal issues other than the adhesions from surgery and the food sensitivities. So, the next test I ran was a stool analysis to look at beneficial bacteria, pathogens, parasites, secretory IgA, yeast, beneficial short-chain fatty acids, digestion, absorption, and antigliadin secretory IgA.

I found an imbalance in her obligate anaerobes (good bacteria), which can be treated with prebiotics and probiotics. The test results were negative for pathogenic bacteria, all her beneficial short-chain fatty acid levels were low, inflammatory markers were high, and her fecal secretory IgA and antigliadin secretory IgA levels were very high, another indicator of her sensitivity to gluten and most likely celiac disease. The test results indicated poor pancreatic function and, most disturbingly, a positive finding for 2 types of parasites. After these results were presented to her, Francesca recalled a time 16 years earlier when she had become extremely ill while traveling, physicians found no cause, but she was never checked for parasites. Could she have had parasites for 16 years that caused or contributed to this gastrointestinal mess? I treated her with nitazoxanide, albendazol, and an herbal formula. Francesca became even more rigorous about her gluten-free eating. At the end of the parasite treatment, Francesca reported seeing three-quarter–inch tiny white threads in clumps in her feces for several days, accompanied by a vile odor.

Symptoms continue to wax and wane, and partial bowel obstructions seem to occur monthly with no changes in her diet or medications. The Candida is also proving to be difficult to completely heal. Additional digestive enzymes, gut-healing formulas, and abdominal acupuncture and biopuncture seem to help. Further testing has showed improvement with her food sensitivity and nutritional deficiencies. One test revealed low biotin, reduced magnesium, and poor insulin-glucose regulation. However, her antioxidant levels were excellent; this can be attributed to her 21-ingredient life-saving green drink she has been consuming twice a day for the entire 17 months we have been working at this. The drink is the only “food” that consistently “feels good” in her body. It contains powdered vegetables, fruits, protein, fiber, digestive enzymes, probiotics, prebiotics, and more, including Japanese matcha (green tea).

Most recently, testing has been performed to illicit any cross-reaction that Francesca may be having to nongluten foods that have a similar molecular structure.4 It was found that dairy and quinoa were problematic.

It has been 17 months since Francesca’s first visit. I spoke with her today by phone, while she is back east for the summer. She reported that for the first time in 4 years she went kayaking, was able to drive to the shore, and is swimming 20 minutes a day. She is walking her dogs, going to classes, meeting with friends, and communicating better with her husband, and her belly is flat and “happier.” Francesca is still very ill and ends up canceling everything at least twice a week to stay in bed. There are still daily challenges and setbacks, but now Francesca is knowledgeable about her most severe food and emotional triggers and has a better understanding of what is and is not functioning in her body. Francesca has learned how to cope with her limited eating, and most days she feels empowered to live again. 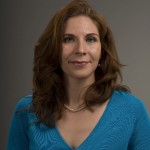 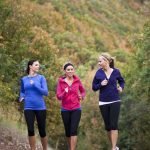 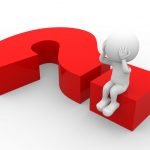