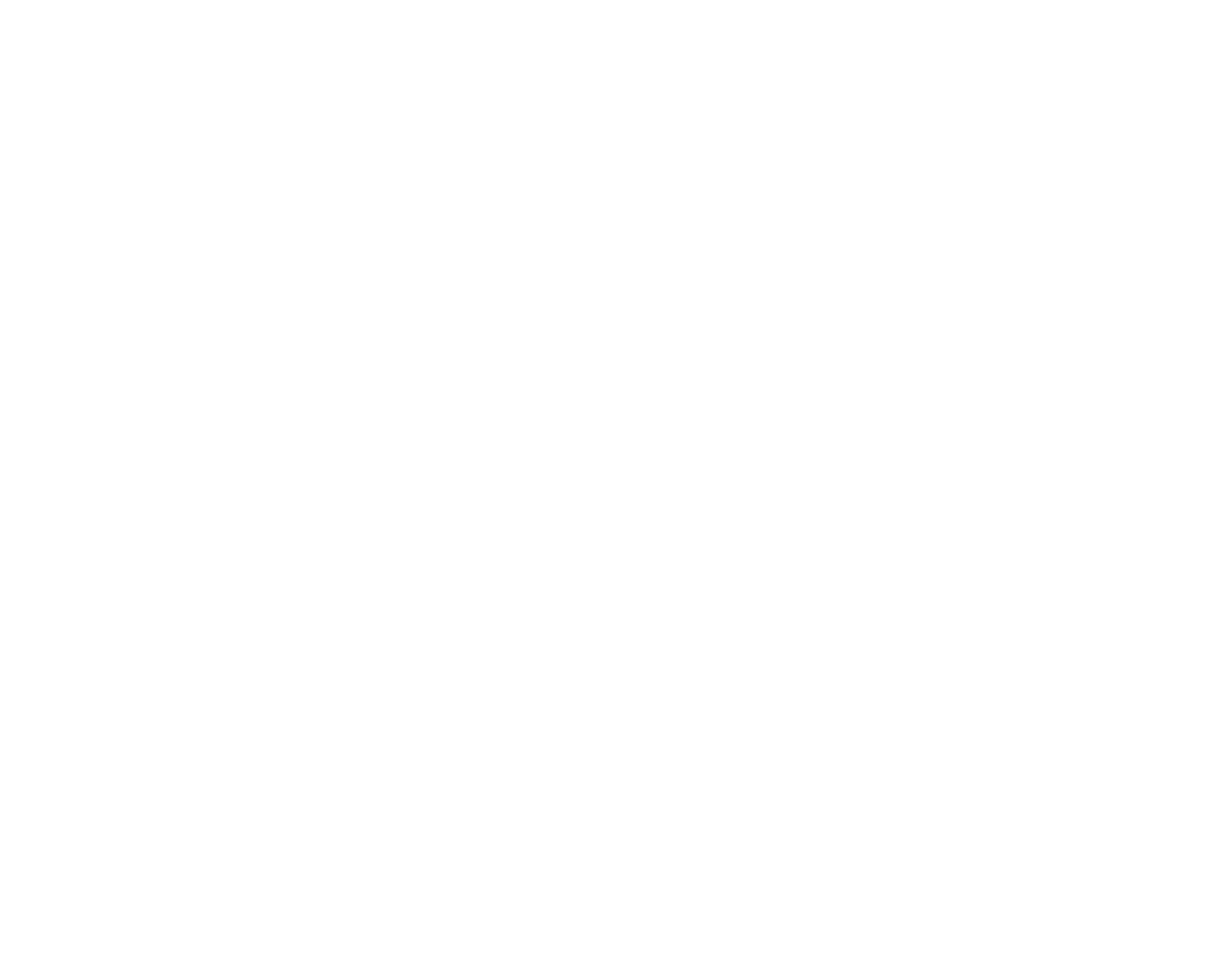 Getting the Bis out of the Vis

Sometimes, what you don’t know can hurt you. This is the case with the recent “greenwashing” of our available plastics. Many people are aware of the health hazards associated with the plasticizing and endocrine-disrupting chemical, bisphenol A (BPA). You may even be concerned enough to have switched to a BPA-free water bottle and be recommending that your patients buy their canned goods in containers that have a BPA-free lining. Even high-profile blender companies have caught on, using specialty-trademarked co-polyesters with which to manufacture their containers. What is not being clearly publicized is what these replacements to BPA plastics are and what health effects they may have.

BPA was originally designed to be a synthetic estrogen, similar to diethylstilbestrol (DES), the infamous endocrine-disrupting chemical prescribed to pregnant women in the United States in the 1940s-70s. DES is associated with an increased risk of cervical, vaginal, and breast cancer, as well as testicular abnormalities in the offspring of women who took it during pregnancy.

BPA, a chemical used in polycarbonate plastics and epoxy resins, is commonly found in water bottles, food storage containers, the lining of most food and beverage cans, some dental sealants, and thermal paper and receipts. What’s worse is that recent studies show that using hand sanitizer and other common skin-care products before handling a thermal receipt containing BPA can increase the absorption of BPA 100-fold, and without the benefits of the first-pass of liver metabolism.1

BPA has also been shown to leach into tea packaged in BPA-containing bottles.2

Another less commonly known exposure source is through the air. US companies emitted over 25 tons of BPA in 2013 and this number is rising worldwide. BPA is made airborne by manufacturing processes and by the burning of plastics.3

Bisphenol A has been shown to bind to estrogen receptors in humans and induce changes associated with carcinogenesis in the breast tissue of mice.4 It has also been shown to increase insulin resistance,5 increase the risk of miscarriage6 and aneuploidy,7 stimulate behavioral changes associated with attention-deficit hyperactivity disorder (ADHD),8 and to be associated with early puberty.9 Recent animal studies have shown that BPA exposure can lead to increased risk of food allergy and intolerance, leading to colonic inflammation and increases in interferon-gamma (IFNγ) and decreased transforming growth factor-beta (TGFβ).10

In addition to suppressing adiponectin, which reduces insulin sensitivity, further studies have shown that BPA may damage the DNA of pancreatic islet cells via increased reactive oxygen species and decreased glutathione. This damage could lead to or worsen diabetes. Bisphenol A induces oxidative stress-associated DNA damage in INS-1 (rat insulinoma) cells.11 And in recent in-vivo testing of rabbits, BPA exposure led to increased atherosclerosis in coronary and aortic vessels, and increases in tumor necrosis factor-α (TNF-α) and interleukin (IL)-6.12

With the prevalence of cardiovascular disease and diabetes at epidemic levels, additional risk factors such as these are critical to mitigate. However, industry sources still maintain that “human exposure to BPA from food-contact use of polycarbonate plastic is very low and poses no known risk to human health.”13

So, from what are they making those water bottles and can liners, when they say they are BPA-free? I used to joke with students that, “Just because it says ‘bisphenol A-free’ doesn’t mean it’s safe. It’s probably just bisphenol B!” Unfortunately, I was almost correct. Bisphenol S (BPS) is a common replacement for BPA, not only in water bottles, but now in baby bottles and sippy cups as well, since the FDA “abandoned” the use of BPA in these items in 2012. BPA and BPS both exhibit estrogenic activity and appear to have similar negative metabolic, neurological, respiratory, endocrine, reproductive, and behavioral effects. Health effects specifically attributed to BPS include disruption of prolactin release from pituitary cells in rats, interference of estradiol signaling, altered cell proliferation, and cell death.14 BPS has also been found in vitro to modulate genes, which can lead to obesity and hepatic steatosis in ways similar to BPA.15And even at picomolar (less than 1 part per trillion) concentrations, BPS can have these effects.16

BPS is found in cans and thermal paper. In fact, BPS is needed in 40% greater concentration on receipts and thermal paper because it is a weaker developer, according to Frederick vom Saal, a biologist at the University of Missouri-Columbia’s Endocrine Disruptors Group.17 A study in 2012 showed that 81% of adults in the United States and 7 Asian countries had BPS in their urine.18 We are clearly being exposed, whether we know it or not.

A 2011 study, published in Environmental Health Perspectives, tested 455 plastics and BPA alternatives and closely evaluated them for their estrogenic activity (EA). Among those tested were trademarked co-polyesters that are used in popular brands of high-performance blenders. They found that most – even those who claim to not to – did exhibit EA activity when put under normal stressors such as exposure to water, sunlight, and heat.19 Additional studies of zebra fish, which remarkably share 84% of genes known to be associated with human disease, showed decreased T4 and T3 levels, reduced egg and sperm production, and reduced testosterone levels.20

Research has been done to assess chemical alternatives to BPA, like BPS and others. Kurunthachalam Kannan, a research scientist and author of several recent studies on BPS, concludes, “It appears that BPS and BPA are equally problematic,” in terms of toxicity.”17

However, efforts are underway to develop plastics that have no EA but are comparable as far as their usefulness as plastics, and it is believed that this can be done at little additional cost.19 This will most likely be driven by market pressure rather than by government regulation.

Given the serious health implications of using BPA, BPS, and other chemicals with EA, it is wise to minimize these risks wherever possible. The first way to minimize risk is to be educated and aware of where these exposures come from and avoid them.

Consuming a fresh food diet of organic, unpackaged meals can greatly reduce body levels of BPA in as little as a few days. The Breast Cancer Fund and Silent Spring Institute conducted a study in which the participants followed a diet of unpackaged fresh foods and avoided other exposures to BPA and phthalates. After only 3 days, the participants’ BPA levels dropped by an average of 60%, and some by as much as 76%.21

Furthermore, studies of Old Order Mennonites, who have a lifestyle that includes a diet rich in fresh homegrown produce and very limited exposure to chemicals in cosmetics and automobile travel, found that this population had significantly lower BPA levels (p=0.002) in their urine compared to their National Health and Nutrition Examination Survey (NHANES 2007-2008) counterparts.22

If using packaging for food or beverages, avoid plastics with the number 7 on the bottom, even those with the label “BPA-free” on them, as they may be made from BPS or another type of plastic with estrogenic activity. Use glass bottles and jars and cardboard packaging for food whenever possible, and limit the handling of receipts and thermal paper. Wash hands as quickly as possible after handling these items. 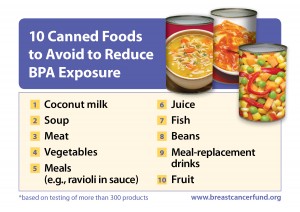 Certain probiotics have been studied, to examine their effects on BPA. Bifidobacterium breve and Lactobacillus casei,23 and Bacillus pumilus in kimchi,24 have been shown to degrade BPA, as well as to decrease its absorption and enhance its excretion through the gut.

Black tea and quercetin, when administered with BPA, have been shown in vitro to mitigate the cytoxicity associated with BPA.25

Likewise, green tea has been shown to be protective. BPA causes oxidative stress in a manner similar to H2O2. Green tea and green tea extract may significantly ameliorate this damage.26

In humans, free BPA is metabolized by the liver via glucuronidation and sulfation, and then excreted via the kidneys.27

These pathways can be supported with nutrients, as well as dietary interventions. N-acetylcysteine, taurine, calcium D-glucarate, magnesium, molybdenum, and B-complex are supplements to consider that support the proper functioning of these pathways. The addition of cruciferous vegetables and sulfur-containing foods, such as garlic, onions, eggs, and Brazil nuts, can also be helpful.

Vote with Your Wallet

Most of the changes in the market, making the move away from BPA, were consumer-driven. “BPA-free” in packaging has become a buzzword, but too many consumers are falling for this, hook, line and sinker. We need to be thinking critically when we are purchasing our food and beverage products, and educating and encouraging our patients to do the same. If we advocate for EA-free plastics, the market will shift and we will all benefit for generations to come.

Alicia Bigelow, ND, grew up in Salt Lake City, Utah, and received her BA with honors in geography from the University of Colorado, Boulder. She graduated from the National College of Natural Medicine (NCNM) in 2004. Subsequently, Dr Bigelow completed a 2-year residency at NCNM and advanced training in environmental medicine with Dr Walter Crinnion. Now clinical and academic faculty at NCNM, she teaches students in environmental medicine and IV therapy. In addition to practicing medicine, Dr Bigelow is an avid international traveler, has circumnavigated the globe twice, and now is raising 2 young boys with her husband in Portland, OR. 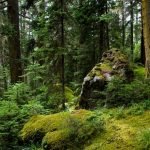 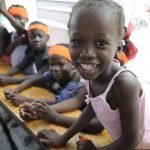