What’s That I Hear? A Case of Tinnitus

His chief complaint is tinnitus. We generally do not like that one, as it is often difficult to move this problem. The sound of the tinnitus is low in tone. It is not constant but rather comes every 15 minutes or so, lasting only a few seconds. “It came just before my 48th birthday” (almost 2 years). There are nasal polyps as well.Jacob is slight in stature and rather thin. He is very animated, with a high-pitched staccato rhythm to his speech. Jacob, who works in sales, gives the impression of being a nice, down-to-earth guy.

The tinnitus began while under a lot of stress. Married only 3 months, his bride passed away. The relationship had been going on long before this and was always very “rocky.” Financial stress plagued it, and Jacob had taken 2 jobs to address this issue. Despite extreme effort on Jacob’s part, his partner decided to end the relationship soon after the wedding, and she moved home. Her passing was withheld from our patient. There was no reporting of the event for a year. He had also suffered the passing of his parents. He was always very close with both of them.

Jacob kept repeating how he felt guilt anger and resentment:

“I get jumpy and I am quick to anger when things are not when I need them.”

“I have learned not to trust.”

“I depleted my finances for her, and in the end I get shafted!”

“It’s disrespect…no one contacted me.”

“I’m always very giving and yet it feels like no one respects me.”

“There are certain people I would like to tell off someday” [in reference to a previous employer]. “I have swung a chair across the floor after he leaves the building.”

“This is all a build-up of hurt, of being used.”

During childhood, Jacob had an eardrum perforation and repair via graft. He also has a past medical history of hyperthyroidism, which turned hypo after treatment with radioactive iodine.

Cravings: Chocolate, bread, potato, and cheese. Jacob cannot allow himself to get hungry; his nerves will be quickly aggravated.

Thermal: He is mildly sensitive to the heat of the sun.

“I get nervous now about being alone, about money and the future.”

“I think of my parents all the time
and cry.”

“I am afraid of swallowing pills. I fear I’ll choke and no one is around. After the marriage broke up, I moved home. Since my parents died and I moved from home,
I am much more nervous.”

The story is quite unusual, but where to allocate intensity? Clearly he is in deep grief over his parents, but on observation he was most emphatic regarding the idea of disrespect, ie, not being informed of his ex-wife’s passing, despite his devotion to her.

On reflection, we can see the indignation, the impulse to throw, the desire for chocolate, and the very great, general emotional sensitivity. It feels like a lock!

Four weeks later: The noise was 40% less after 1 week. It started up again after 2 more weeks, though to a lesser degree.

A few questions about stressors that might have coincided with the timeline of the relapse revealed a heated argument with an employer, which persisted for a few days.

Four weeks later: “It feels a lot better, as if it was never there. For 2 years it drove me nuts. After the second dose, it was bad. From late afternoon to the wee hours of the morning I was nervous and scared. The noise was continuous. I got back to sleep around 2:00 AM, and when I woke in the morning, it was gone.” (I asked about his feelings regarding the past disrespect surrounding his wife’s passing). “I don’t seem to be having negative feelings about the past.”

In wholism, we treat the person as an organism (systems perspective), and we treat disease as a dynamic imbalance of the system with properties which identify the pathology, as well as the individual’s unique response to the illness.

In this simple case, the chief complaint (tinnitus) was the obvious pathology. The unique response of the system was an intense response to disrespect, whose details suggested a remedy which was supported by other aspects of the general case.

Homeopathy and TCM and Hygiene are all wonderful in their ability to enable naturopathic physicians to treat the whole person.

Why, then, are we so fast to adopt the allopathic formulary? In order to adapt to this retrograde step, the schools have diluted the teaching of our vitalistic traditions so that we might become competent with the prescribing of drugs.

It seems as if we have lost sight of our mission.

Joseph Kellerstein, DC, ND graduated as a chiropractor in 1980 and as an ND in 1984. He graduated with a specialty in homeopathy from the Canadian Academy for Homeopathy, and subsequently lectured there for 2 years. He also lectured in homeopathy for several years at CCNM; for 8 years at the Toronto School of Homeopathic Medicine; and for 2 years at the British Institute for Homeopathy. Dr Kellerstein’s mission is the exploration of natural medicine in a holistic context, especially homeopathy and facilitating the experience of healing in patients. 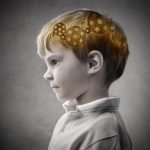 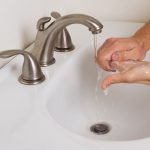