A Healthy Brain: Keeping Our Men Thinking Clearly with Age

Drugs that are thought to impair cognition include antihistamines, chemotherapy, anticonvulsants, analgesics, sedative-hypnotics, psychotropics, anticholinergics, muscle relaxants, and statin drugs. While some sources name marijuana as a contributing agent to impaired cognition, a THC derivative (a secondary metabolite) has been studied and shown to be a probable molecule for targeting/inhibiting acetylcholinesterase, which would support cognitive health.3

Dementia has been linked to genetic predispositions, eg, the APOE-4 genotype, which has been associated with increased risk. Diminished blood flow, including diminished oxygenation of brain cells due to cardiovascular disease, can be a predisposing factor. High blood sugar, sometimes referred to as Type 3 Diabetes when combined with cognitive impairment, can increase the risk of hippocampal brain shrinkage; diabetics are twice as likely to develop MND as non-diabetics.

In Traditional Chinese Medicine, cognitive health is governed by 3 different organs: the heart, the spleen, and the kidneys. The heart nourishes the mind – that part that thinks coherently and remembers long-term events. Many people with MND retain some aspects of long-term memory, even if spotty. The spleen houses the intellect – the ability to concentrate, study, and memorize. Maintaining proper gut function throughout life can strengthen spleen function into the aging years. The kidneys house will-power, and produce bone marrow (which nourishes the brain); short-term memory also stems from the kidneys. Adrenal function is linked to kidney health, and deficient kidney Qi is often linked to MND.4

No matter what name or categorization dementia is given, prevention throughout life is optimal, with a focus on good nutrition, regular aerobic exercise, adequate and rejuvenating sleep, and an active engagement in life, mentally and socially.

There are many nutritional supplements to consider. Some that have been highlighted in the literature are omega-3 fatty acids, lecithin (to emulsify fats for fuel to the brain), and Royal Jelly as a brain tonic.

Trehalose is disaccharide found in many organisms, including bacteria, yeast, fungi, insects, invertebrates, and plants. Its function is to protect the integrity of cells against environmental stressors.5 Trehalose has been shown to protect against the deactivation of numerous proteins, protect the cell against stress, and to inhibit aggregation of peptide beta-amyloid, considered to be responsible for plaque formation and inducing cellular autophagy.6 Inositol can be found in combination with trehalose in supplement form.

The chlorophyte alga, Haematococcus pluvialis, is thought to accumulate the highest levels of astaxanthin in nature.7 This is the carotenoid pigment found in salmon, trout, shrimp, lobster, flamingos, and quails. In nature, astaxanthin’s biological functions include protection against ultraviolet light, antioxidant protection of essential fatty acids, immune response, communication, and reproductive function support. Astaxanthin – related to beta-carotene, zeaxanthin, and lutein – crosses the blood-brain barrier (BBB). Research has recently been initiated on the potential antioxidant and anti-inflammatory effects for cognitive function support in humans.7

There is much to be said about the supplementation of amino acids in the prevention and treatment of cognitive dysfunction. Each has its individual contribution, and various combinations of amino acids are worthy considerations in the treatment of MCI and MND. Some of the more commonly used amino acids include acetyl-L-carnitine (or L-carnitine), phosphatidylserine, phosphatidylcholine, inositol, N-acetylcysteine, S-adenosylmethionine, L-glutamine, and L-tyrosine.

Huperzine A, an alkaloid isolated from Huperzia serrata, can increase mental alertness and improve memory.8

This may be partly attributed to the fact that huperzine A appears to have better penetration through the BBB, higher bioavailability, and longer duration of acetylcholinesterase inhibitory action than donepezil, tacrine, and rivastigmine.8 Mechanisms of action include attenuation of oxidative stress, protection of mitochondria, upregulation of nerve growth factor and its receptors, and interference with amyloid protein metabolism.8 Huperzine A has shown no hepatotoxicity and only minimal peripheral cholinergic side effects.8

In the treatment of dementia including Alzheimer’s disease, curcumin has demonstrated inhibition of Ap-1 (activator protein-1) and NF-kappa B, which has the effect of inhibiting the activation of the proinflammatory cytokines. Curcumin is lipophilic, so crosses the BBB and binds to plaques, decreasing the amount of amyloid plaque formation.9

Curcumin has been shown in animals to prevent the aggregation of amyloid peptides and to increase brain-derived neurotrophic factor (BDNF), which stimulates and controls neurogenesis.10 BDNF is important for long-term memory.11

A brief systematic review,12 however, found only 3 clinical trials on curcumin and treatment of Alzheimer’s disease that fit their criteria for review, and all had negative or inconclusive outcomes. There may be issues of absorption contributing to these outcomes.12

There are 2 Ayurvedic herbs – both called Brahmi, meaning “expands consciousness” – that are known to be used for cognitive health. An herb in the Apiaceae family, Centella asiatica is the Brahmi of northern India. Baba Hari Das calls this “weaker Brahmi.”13 Gotu kola, its common name, promotes circulation, opens the crown chakra, and is often used as an aid in meditation. It is considered the most spiritual of all herbs. Centella rejuvenates brain and nerves, promotes longevity, intelligence, and memory. All this supports it as a strong candidate in the treatment of MCI and MND. This herb is sweeter than Bacopa, slightly heavier, and with more tonic qualities. It is often eaten as a salad green, or taken as a fresh juice to energize the brain. Centella balances all 3 doshas; it is bitter/ cold/ sweet. It is also known to be the jungle food of the elephants… who have excellent memories!

An herb in the Scrophulariaceae family that grows in tropical and subtropical climates, Bacopa monnieri is the Brahmi of southern India. Baba Hari Das calls this “stronger Brahmi.”13 It is colder, more bitter, and slightly more detoxifying. Bacopa is a rasayana herb, known to prevent aging, reestablish youth, prevent disease, promote health and longevity, and strengthen life, brain, and mind. It is said to be the most widely used nerve tonic in the Ayurvedic materia medica, although Centella stands side by side with Bacopa in this fame. Bacopa is often used for addressing anxiety, ADHD, irritable bowel syndrome, and for decreasing the stress response.13

Use of Bacopa for cognitive care is supported by its inhibition of acetylcholinesterase, which increases acetylcholine levels. In a clinical trial, 54 participants without clinical dementia, mean age 73.5 years, were given standardized B monnieri extract (300 mg/d) or placebo for 12 weeks. On all measurements, the Bacopa group improved compared to the placebo group.14

It’s well known that Ginkgo biloba increases blood flow to the brain and the periphery. Many clinical trials have been conducted on Ginkgo and cognitive function. Some have demonstrated efficacy of Ginkgo in enhancing memory and cognition; however, the question remains as to whether this also applies to the elderly and people who have been diagnosed with MCI or MND. One study looked at 76 patients, age 50-80, with mild-to-moderate dementia. They were randomized to Ginkgo biloba (160 mg/d), donepezil (5 mg/d), or placebo. The conclusion was a lack of evidence of significant differences in the efficacy of EGb761 (Ginkgo extract) and donepezil in treatment of mild-to-moderate dementia; ie, both agents were effective.15

In a clinical trial including 30 subjects, 15 were given Yamjabushitaki (Hericium erinaceus) – 250 mg TID for 16 weeks – and 15 were given placebo. At weeks 8, 12, and 16, the Hericium group showed significantly improved scores on a cognitive function scale compared to placebo.17

Resveratrol – from grape skins, blueberries, bilberries, mulberries, peanuts, and Japanese Knotweed – increases cerebral blood flow. Its action of increasing deoxyhemoglobin suggests enhanced oxygen extraction and therefore utilization. There are many studies looking at resveratrol and its implications in overall cognitive function. In one study examining cognitive function and its relationship to elevated glucose levels in 46 healthy older adults, 23 were given 200 mg/d resveratrol, and 23 were given placebo for 26 weeks. Assessment was conducted through memory tasks, neuroimaging, blood testing, and body fat measurements. Significant improvements were seen in the resveratrol group, in terms of word retention, increases in hippocampal functional connectivity, decreases in HbA1C, reductions in body fat, and increases in leptin.18

Rosmarinus officinalis (rosemary) is often called the herb for memory. This could be because rosemary is often present after people have died, so the “remembrance” of the beloved ones who have passed over is symbolized in this plant.

A few studies have looked specifically at the effects of rosemary on cognitive function. One of them, including 28 older adults, mean age 75, was a crossover trial using placebo and 4 different doses of rosemary powder; participants were evaluated via a cognitive computerized assessment tool. Speed of memory showed statistically significant benefits with the lowest dose, whereas the highest dose impaired speed of memory. The researchers’ takeaway was that lower doses over the long term – as in culinary use throughout one’s life – might have the most benefit.19

Rosmarinus officinalis gemmo is used to get the liver working more effectively at detoxification and clearing. It could be postulated that drainage and detoxification of the liver could play a role in enhancement of cognitive function. Not to overlook the memory-supporting properties of rosemary, I am reminded of a story from many years ago. Herbal lore taught that if you want to remember something, have a sprig of fresh rosemary with you at the time you learn it; then, when you need to recall that information, smell rosemary and you will remember. In studying for the naturopathic board exams after graduation, the group of women I studied with decided to try this. Each time we would study, we would have sprigs of fresh rosemary with us, and periodically stop, rub them, and inhale the aroma. During the week of board exams, we each brought fresh sprigs of rosemary into the exams with us. When we didn’t know an answer to a question, we’d stop, rub our rosemary sprig and breath in the aromatics, hoping to recall what we had spent hours and hours studying. Not that there was an absolute direct correlation, but we all did successfully pass all those exams. In reflecting on this, it makes me wonder what it would be like to put rosemary sprigs into the hands of our children as they go off to school.

Panax ginseng, Panax quinquefolius, and Eleutherococcus senticosis are 3 of the ginsengs to keep in mind when working with cognitive function.

Schisandra chinensis is often used for forgetfulness due to excessive stress. Schisandra is a kidney tonic, considered one in the group of adaptogenic herbs. Some constituents in Schisandra have been shown in an animal model to have a protective action against oxidative stress in the brain.20

In conclusion, here are 2 key concepts in addressing cognitive health and function: The first is to have in place the basic lifestyle habits of adequate rest and sleep, regular exercise, and a varied and nourishing diet. Starting early in life will provide the best preventative support. The second concept is that each person is a unique individual, will manifest their dis-ease uniquely, and will respond differently to different interventions. Naturopathic medicine has many options for supplementation that can be effective for slowing down progression or even repairing some of the neurological damage related to MCI and even MND. A combination of herbal remedies, amino acids, and other supplemental support will provide the possibility for the best outcomes, both short- and long-term, for each individual patient.

Robin DiPasquale, ND, RH (AHG) is growing into one of the elders in the naturopathic medicine community. She has been practicing in the healing arts for over 30 years, first as an herbalist, homeopath, and massage therapist, leading her to her calling as a naturopathic doctor. Dr DiPasquale served as faculty at Bastyr University for 15 years in both the ND and Herbal Sciences programs, and returns yearly as a guest teacher. Dr DiPasquale currently practices in Madison, WI, at Red Lotus Healing Arts. She uses an eclectic collection of healing tools, including homeopathy, biotherapeutic drainage, herbal medicine, and gemmotherapy, and is one of the leading teachers of gemmotherapy in the United States. For the last 7 years she has brought naturopathic medicine to patients through the U of WI Integrative Medicine program. Robin is published and teaches nationally and internationally. Her current passion is the study and practice of Family Constellation Therapy. 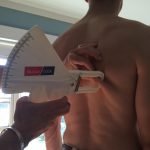 Body Fat in Men: A Measure of Leanness and LongevityMen's Health 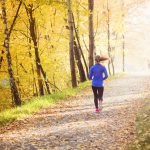