The Role of Cerebellar Atrophy

Mind-body medicine is the ability of the brain to improve the health of the body. However, if cognitive function is not operating at peak capacity, the brain will not be able to impact bodily health. In this article, I will address the importance of brain health and show how the relationship between the mind and the body is bidirectional. Keeping the body healthy can also affect the health of the brain. Specifically, it’s important to address the underappreciated role of the cerebellum relative to concentration, thinking, focus, cognitive function, and so much more.

What Is the Cerebellum?

Before addressing the effects of cerebellar atrophy on brain health, we must attend a lesson in brain anatomy 101 to refresh our minds on what the cerebellum is and what it does. The cerebellum (Latin for “little brain”) is the largest structure of the hindbrain. It is located at the back of the skull under the hemispheres of the cerebral cortex.

The cerebellum comprises about 10% of brain volume1 but contains over half of its neurons.2 The cerebellum is best known for coordinating voluntary movements. The cerebellum is also involved in how the brain processes thinking, language, and mood, and regulates attention span. The cerebellum has several lobules, each controlling different aspects of cognitive health. The lobules include:

Cerebellar atrophy is the loss of neurons and synapses of the cerebellum leading to brain shrinkage. It is an important cause of impaired cognitive function but is rarely recognized or treated in clinical practice. Typical symptoms of cerebellar pathology include ataxia symptoms such as stumbling, slurred speech, falling, and lack of coordination. However, there is a growing appreciation among scientists for the role of cerebellar atrophy in neurodegenerative conditions, including:1,3

Cerebellar atrophy can be caused by several factors such as severe traumatic head injury and chronic high cortisol levels such as those seen in Cushing’s disease. In other cases, such as Parkinson’s or Alzheimer’s disease, we don’t know if the cerebellar atrophy plays a role in causing a particular condition or is an effect of the disease. More than likely, it’s a vicious circle whereby cerebral atrophy plays a role in the development of neurodegenerative disorders, and those disorders exacerbate cerebral atrophy, which subsequently worsens neurodegeneration.

In traumatic brain injury, the cerebellum has fewer studies than the cortical areas and hippocampus. There is limited evidence from structural and functional imaging that the cerebellum is vulnerable to damage.4 The cerebellum communicates with the cerebral cortex. A possible explanation for the cerebellar atrophy that occurs in traumatic head injury is that there is an interruption in communication between these regions of the brain.5 In a study of 13 children with severe traumatic head injuries, 6 of them had cerebellar subcortical atrophy.5 The researchers observed reduced scores in verbal, performance, and IQ tests in 3 of those children.

The majority of autism spectrum disorder (ASD) patients have cerebellar abnormalities. A neuroinflammatory response has also been detected in the cerebellum of people with ASD. Autistic patients have significantly smaller vermis sizes in their cerebellum compared to controls.8 There’s also evidence that some of the behavioral impairments that occur in autism may be related to dysfunction of the frontal lobe of the cerebellum.8

Evidence implicates cerebellar atrophy in attention-deficit hyperactivity disorder (ADHD). Researchers have observed reduced volume in the cerebellar network in ADHD. A meta-analysis found that the cerebellum was among several brain regions that suffered reductions in volume in ADHD.9

Other Disorders Linked to Cerebellar Atrophy

A surprising number of conditions have been associated with cerebellar atrophy.8,11,12 These include:

Neuroinflammation is also involved in the progression of Alzheimer’s disease through the production of proinflammatory cytokines and the activation of microglia and astrocytes.14 Microglia are cells located in the brain and spinal cord. They make up 10-15% of all cells in the brain and are a part of the central nervous system’s immune defense. Astrocytes are the most common type of cell in the central nervous system. They perform various tasks, including maintaining the integrity of the blood-brain barrier and supporting healthy synapses.

Solutions for Keeping the Brain Healthy

Cognitive decline is not inevitable; no matter what a patient’s age, supporting a healthy brain will also maintain a healthy body and vice versa. Here are some approaches I frequently recommend to patients who want to keep their brains sharp and focused.

One of the best examples of how physical health can impact mental health is the effect of exercise on the brain. Several large studies have found that older people who are more physically active have a significantly lower risk of developing Alzheimer’s disease and cognitive impairment.15-18 A meta-analysis evaluating 18 studies concluded that aerobic exercise enhances cognitive function in the elderly.19 Research in the elderly has also found that resistance exercise is as protective to cognitive function as aerobic exercise.20 Furthermore, the brains of even low-mobility seniors can benefit from exercise.21

In clinical practice and for my benefit I use a computer-based program called Zing that identifies your brain’s weak spots and customizes exercises for the individual. The Zing Performance program trains the cerebellum and takes the burden off the processing capacity of the cerebral cortex.22 When well trained, the cerebellum can help complete rote memory functions.

Research supports the use of coordinative exercises for improving brain function, which is the concept behind Zing. For example, in a study of 40 participants with a mean age of 79 years, an 8-week coordination training program led to a significant improvement in dementia rating scale scores.21 In another study of 52 adolescents, coordinative exercises led to greater improvements in attention and concentration compared to regular physical exercise.23

More than likely, as time unfolds, more and more ways to support brain health will be discovered. Science continues to uncover new and novel functions of the human body and mind. As we see from the research, the body’s physical health contributes to the brain’s health. Our predecessors in functional and naturopathic medicine were pioneers in creating methods to protect brain health. Since “necessity is the mother of invention” and more strategies are needed as we learn more about the brain, let’s continue their spirit of innovation for the health of all people.

Dr. Chris D. Meletis is an educator, international author and lecturer. His personal mission is “Changing World’s Health One Person at a Time.” He believes that when people become educated about their body is the moment when change begins. He has authored 16 books and over 200 national scientific articles in such journals and magazines as Natural Health, Alternative and Complementary Therapies, Townsend Letter for Doctors and Patients, Life Extension and Natural Pharmacy. Dr. Meletis served as Dean of Naturopathic Medicine and Chief Medical Officer for 7 years and was awarded the 2003 physician of the year by the American Association of Naturopathic Physicians. 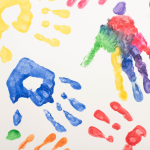 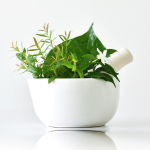