Antibiotic-resistant Infections Are Likely Multiple Strains of Bacteria “Working Together”

The newest research in the antibiotic resistant bacterial infections is starting to show that it is not isolated infections of single bacteria, but many various bacterial types that are working together.1 This is the explanation that a recent research study, looking at multidrug-resistant organisms (MDRO), has made after finding that 40 percent of elderly patients are host to multiple strains of MDRO living in their bodies. The study also looked at how groups of MDRO increase after use of a single antibiotic. The view that is being advocated is looking at bacteria as part of an antibiotic-resistant ecosystem that exists in hospitals and care facilities; that single organisms are likely not working in isolation.

The research found that certain pairs of MDROs held a higher likelihood of developing resistant infections. The research has created a map of these interactions (between both the bacteria and the classes of antibiotics that are used to combat them). This could be crucial to the future treatment of hospital infections since it could account for the downstream effects of treatment with a single antibiotic on organisms that are resistant to it.

MDRO Colonization Appears Not to be Randomized

Colonization of patients’ skin, noses, and throats with MDROs is seemingly not random. They found a complex network of cooperation being influenced mainly by 6 MDRO species, and certain antibiotics. The primary colonization is turning into a major risk factor for the acquisition and infection by others after the primary is treated. The 6 bugs that were focused on were the most dangerous, Vancomycin-resistant Enterococcus (VRE) and methicillin-resistant Staphylococcus aureus (MRSA) as well as Proteus mirabilis, Acinetobacter baumannii, Escherichia coli and Pseudomonas aeruginosa. Proteus mirabilis is known to create a biofilm and to release urease, which serves as a means of communication among bacteria.

The article is free, and contains potentially useful visual mapping of these relationships. The link to the article can be found below. 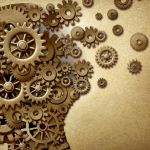 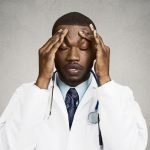 How Much Time are Physicians Spending on EHR?Naturopathic News